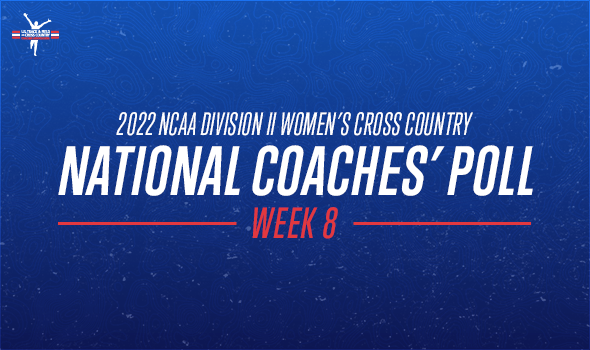 Here is the Pre-Championships Edition of the NCAA Division II Women’s Cross Country National Coaches’ Poll for the 2022 season, as released on Wednesday by the U.S. Track & Field and Cross Country Coaches Association (USTFCCCA).

Ninth-ranked CSU-Pueblo is making its first top-10 appearance of the season after soaring seven spots from No. 16. The Thunderwolves captured a fourth-place finish in the South Central Region, beating former No. 10 Western Colorado (now No. 12) and former No. 9 Dallas Baptist (now No. 23) in the process.

Only showing those with a season-best ranking in the top 25.