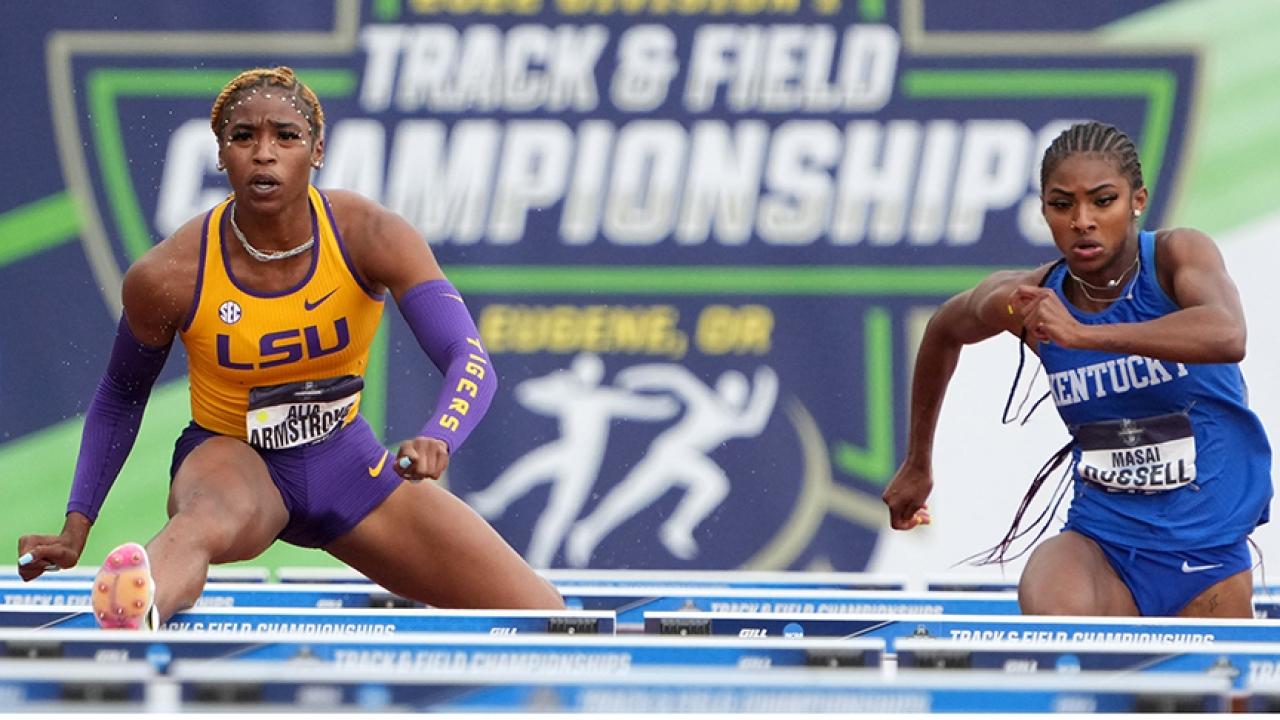 What will be the next must-watch rivalry in collegiate track and field? Last year, fans were treated to a great rivalry between Bowerman winner Abby Steiner of Kentucky and star sprinter Favour Ofili of LSU among many others. Here’s a look at what’s coming this season.

These potential rivalries follow a few guidelines. First, the athletes must be scheduled to compete head-to-head in more than just NCAA championship events. They must compete multiple times for a rivalry to brew. Secondly, the athletes must be comparable in potential. It’s not a good rivalry if only one athlete does all the winning. Lastly, these potential rivalries aren’t implying any of the athletes have disdain toward one another, instead focusing on on-track or on-field only.

That said, let’s get to the rivalries.

There will be exciting hurdle races across the indoor and outdoor seasons, with three of the five best straight-line female hurdlers residing in the SEC (North Carolina A&T’s Paula Salmon and Southern California’s Jasmine Jones are the other two).

Florida’s Grace Stark, LSU’s Alia Armstrong and Kentucky’s Masai Russell were finalists in the 60-meter and 100-meter hurdles in 2022, with only Stark missing the 100 hurdles final due to injury. Stark and Armstrong are the defending national champions in the indoor and outdoor seasons, respectively.

This trio is elite. They all are capable of winning a national title, but luckily track and field fans will get to see them race multiple times before a trophy is at stake.

CONTENDERS: The top challengers for all 15 returning indoor NCAA track and field champions in 2022-23

Favour Ofili raced in the biggest rivalry in collegiate track and field last year but will have a new rival in 2023 after Abby Steiner turned pro. Ofili’s biggest potential rival this year is one of the newest Florida Gators, Kynnedy Flannel.

Ofili remains the favorite entering 2023 after breaking records last season. However, Flannel transferred to Florida after finishing third in the 200-meter final during the outdoor season and fifth during the indoor season at Texas. Now a Gator, Flannel will get to compete against Ofili in more than just championship events, as both athletes are at SEC schools.

TRANSFERS: 30 impact transfers to watch in the 2022-23 track and field season

At the 2022 DI cross country championships, we saw a great race between Katelyn Tuohy and Parker Valby, with the two finishing 1-2, respectively.

Luckily, that won’t be the last time we’ll see the two race. During the outdoor season, Tuohy and Valby are projected to race in the 5000 meters after the duo again finished 1-2 during the 2022 DI outdoor championships. It’s a bit harder to predict if they’ll compete in the same event during the indoor season, but if they do expect close finishes there too.

Nonetheless, NC State and Florida will compete in three of the same regular-season meets during the 2023 outdoor season before the NCAA championships. Fans should get to see the Tuohy-Valby rivalry before they likely race for a title.

COACHES: Why 6 coaching changes will shake up the 2023 track and field season 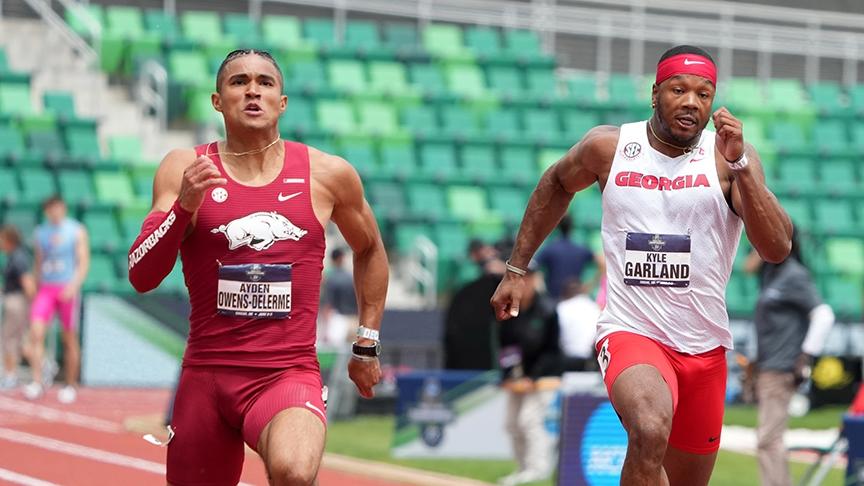 Is it deja-vu? No. It’s 2023 and you read the above line correctly. We’ll watch Bowerman finalist Ayden Owens-Delerme compete against all-time collegiate record holder Kyle Garland for another year.

Owens-Delerme swept both combined event titles last year, with Garland finishing second in the outdoor season and third in the indoor season. However, Garland did win the indoor SEC heptathlon title.

There’s a lot of history between two of the best long jumpers in the NCAA. Pinnock swept the 2022 long-jump titles, while McLeod finished second and fourth during the indoor and outdoor seasons, respectively. With Pinnock and McLeod again at the same school, they should jump head-to-head at almost every meet in a likely friendly rivalry.

MUST WATCH: The top indoor track and field meets to watch in 2022-23

The top male sprinting rivalry to watch in 2023 takes us to the West Coast. Davonte Burnett of Southern California will race against Oregon’s Micah Williams. This rivalry should carry over across the indoor and outdoor seasons in both the 60 meters and 100 meters.

Burnett is the defending 60-meter champion, with Williams false starting in the semifinals and missing out on what could’ve been another sprinter in an exciting final. During the 100-meter final, Williams finished seventh, while Burnett missed the championships with an injury.

With 2022 behind the two sprinters, 2023 should be a bounce-back season for both. Fans will watch Burnett and Williams race multiple times throughout the year, with both sprinters in the Pac-12.

CHANGES: How USC & UCLA’s move to the Big Ten impacts the college track and field landscape

In 2023, both sprinters will have a chip on their shoulder after the DQs. Also, we’ll get to see the motivated sprinters race head-to-head more often this year after Harding’s transfer to Tennessee. The Harding-Boling events should be exciting to watch at meets across the southeast.

👀: Here are the DI track and field teams with most NCAA championships

Georgia’s Elija Godwin is one of the top returning 400-meter sprinters in 2023. He’s coming off a third-place finish at the 2022 outdoor championships and a third-place finish for Team USA in the 4×400 mixed relay where he passed the baton off to the legendary Allyson Felix after running lead-off.

Godwin will race in the SEC against a reloaded group of 400-meter sprinters at Florida. The Gators added transfers Jevaughn Powell and Emmanuel Bamidele to a roster that already featured Ryan Willie and Jacory Patterson in the 400 meters. All four Gators finished as finalists in the 400 meters at the indoor and/or outdoor DI championships. It’s too early to foresee which Gator will emerge as the top competition to Godwin during the season, so for now, they all have a chance at a budding rivalry.