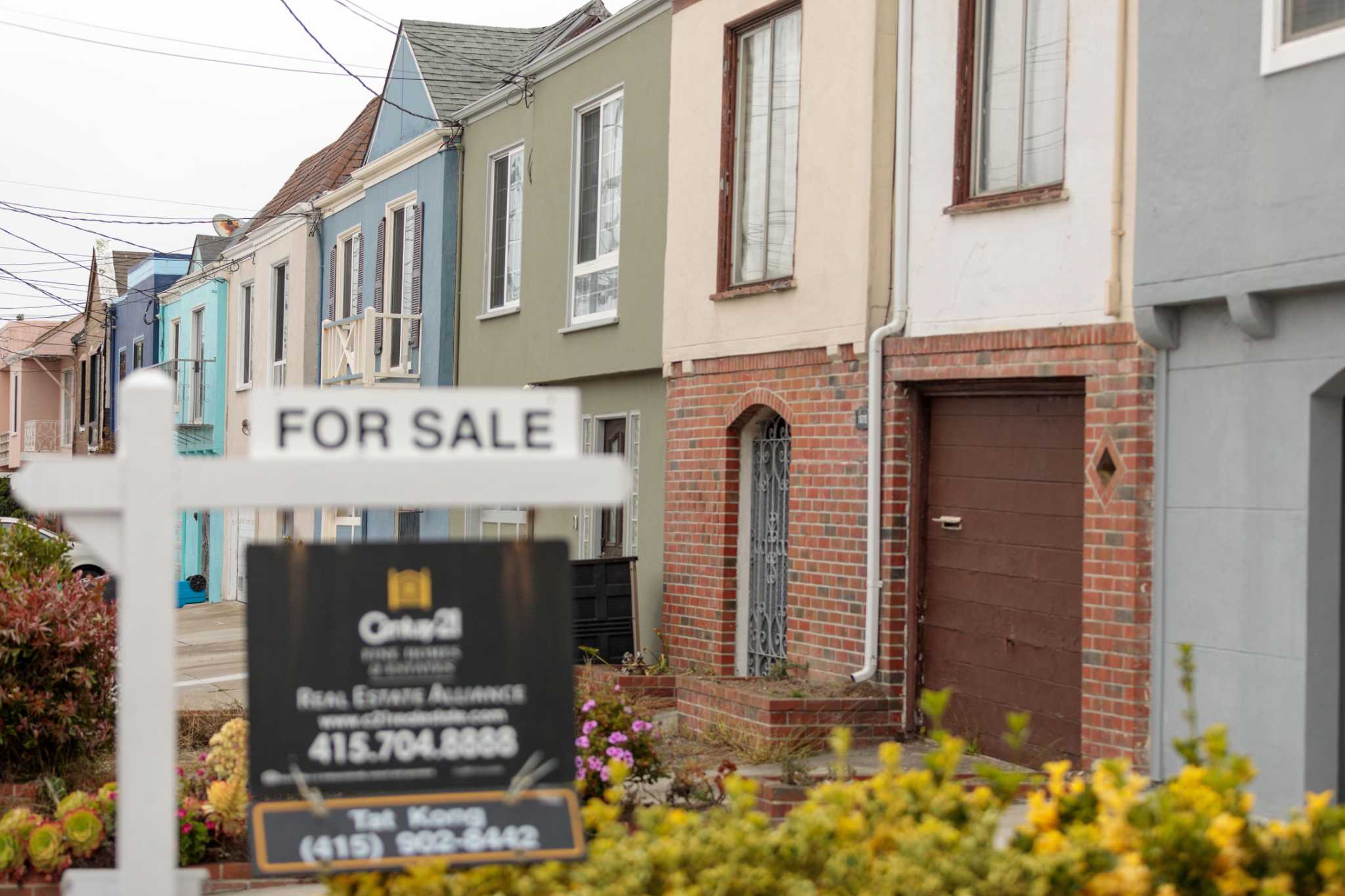 For the first time ever, the federal government will back mortgages in the Bay Area over $1 million — an incremental but important change that, combined with stable or falling
mortgage rates
and
home prices, could finally help some buyers land a home in 2023.

Some lenders have already implemented the new limits.

The increase “is definitely a positive for the Bay Area,” said Guy Cecala, publisher of Inside Mortgage Finance. “But most people would say it’s not enough,” to keep up with the
surge in home prices
we’ve seen in recent years.

The region’s high home prices are likely one reason why Fannie and Freddie generally back a smaller portion of loans in the Bay Area than they do nationwide.

The Fannie/Freddie baseline limit for single-family properties, which applies in most parts of the country, will be $726,200 next year. That’s about 12% higher than 2022, reflecting the same 12% increase in average home prices nationwide between the third quarters of 2021 and 2022.

In higher-cost areas, like the Bay Area, the loan limit
is based on
the county’s median home value, but it can’t exceed 150% of the baseline limit no matter how high home prices are.

How would this help homebuyers?

“Conforming” loans, meaning those that can be purchased and guaranteed by Fannie or Freddie, are easier to get because they require a smaller down payment, lower credit score, fewer assets and a slightly higher debt-to-income ratio than larger “jumbo” loans, which have no government backing.

Raising the conforming loan limit above $1 million will “open the door to more borrowers,” especially first-time buyers who have the income to qualify for a jumbo loan, but lack the credit history or post-purchase assets that jumbo lenders require, said Dianne Crosby, Northern California regional manager for mortgage company Guaranteed Rate.

Historically, conforming loans also have been a little cheaper than jumbos, in part because they’re guaranteed.

But for most of this year,
the opposite
has been true: Conforming-loan rates have been higher than jumbos, amid major shifts in the bond market stoked by the Federal Reserve’s inflation-fighting tactics.

On Friday, the average rate on a 30-year fixed-rate conforming mortgage was 6.3% versus 5.7% for a jumbo, according to
Mortgage News Daily.

Those average rates you see quoted for conforming loans are for amounts up to the Fannie/Freddie national baseline limit. Loans in between that amount (currently $647,200) and the top limit (currently $970,800) are a special breed known as “high-balance conforming loans.” They’re rare nationwide but more common in the Bay Area.

That’s why some buyers who could get a high-balance conforming loan are opting for a jumbo instead, if they can meet the stiffer jumbo requirements.

Passing the headline-grabbing million-dollar mark has intensified the debate over whether Fannie and Freddie “have gotten too big and should be concentrating on the lower end of the market,” Cecala said. Some say the government should not be insuring mortgages of that size. Others say the limit should be even higher in places like the Bay Area, where you might need a million-dollar mortgage for an entry-level home.

“We have seen such rapid price appreciation over the last two or three years, it’s hard to say 150% (of the baseline limit) is particularly appropriate anymore,” Cecala said.

Conforming vs. jumbo loans in the Bay Area

Nationwide, Fannie and Freddie backed 71% of all home-purchase loans in 2020 and 2021 and 72% in 2022 through September, according to CoreLogic, which pulls data from public records.

But they accounted for only 40% to 42% of purchase loans in Marin, San Mateo and Santa Clara counties this year and 46% in San Francisco, according to the same data source. In these counties, the median price for single-family homes and condos ranged from $1.3 million to $1.45 million in September, CoreLogic said.

In most of these counties, Fannie/Freddie loans have become less popular since the pandemic. But they’ve acually become more popular in San Francisco, rising from 32% of home-purchase loans in 2019 to 46% in 2022.

Selman Hepp, CoreLogic’s deputy chief economist, speculated that some jumbo lenders might have pulled out of San Francisco, anticipating that home prices would fall, “which we are seeing.”

The metropolitan area that includes San Francisco and San Mateo counties saw the nation’s
biggest drop (4.3%)
in home prices between the third quarters of 2022 and 2021, according to the Federal Housing Finance Agency, which regulates Fannie and Freddie. The only other large metro with a decrease was Oakland-Berkeley-Livermore (down 0.6%).

“The combination of a higher (Fannie/Freddie) loan limit and probably declining prices that we are likely to see in the next year or more will make a difference” for homebuyers, Cecala said.

So will the recent drop in mortgage rates, if it continues. Freddie Mac
announced Thursday
that the average rate on a 30-year fixed-rate conforming loan dropped for a fourth consecutive week to 6.33%. That’s down from 6.49% last week and 7.08% a month ago, but still more than twice what it was at the end of last year.

Although the Federal Reserve is expected to continue raising the federal funds rate, that doesn’t necessarily mean mortgage rates will definitely go up.

The federal funds rate is what banks pay other banks on overnight loans while mortgage rates tend to follow the yield on 10-year Treasury bonds, which is set by investors trading long-term bonds. The two are not necessarily correlated.

“There are a lot of squirrely things going on that are atypical and pushing up mortgage rates higher than they normally would be,” Cecala said. If the Fed wasn’t pushing up short-term rates at an astronomical pace in a belated attempt to fight inflation, he said, mortgage rates would be at least one percentage point lower, in the 5% to 5.5% range.

“I think (mortgage) rates have stabilized. I think they could drift down to 6.2% by the end of this year” and to around 5.5% by the end of next year if the Fed gets inflation under control and stops raising rates, Cecala said.

If instead the Fed resumes raising rates by 0.75%, instead of by 0.5% as expected at its meeting next week, “that would spook investors” and mortgage rates could shoot up again, he added.