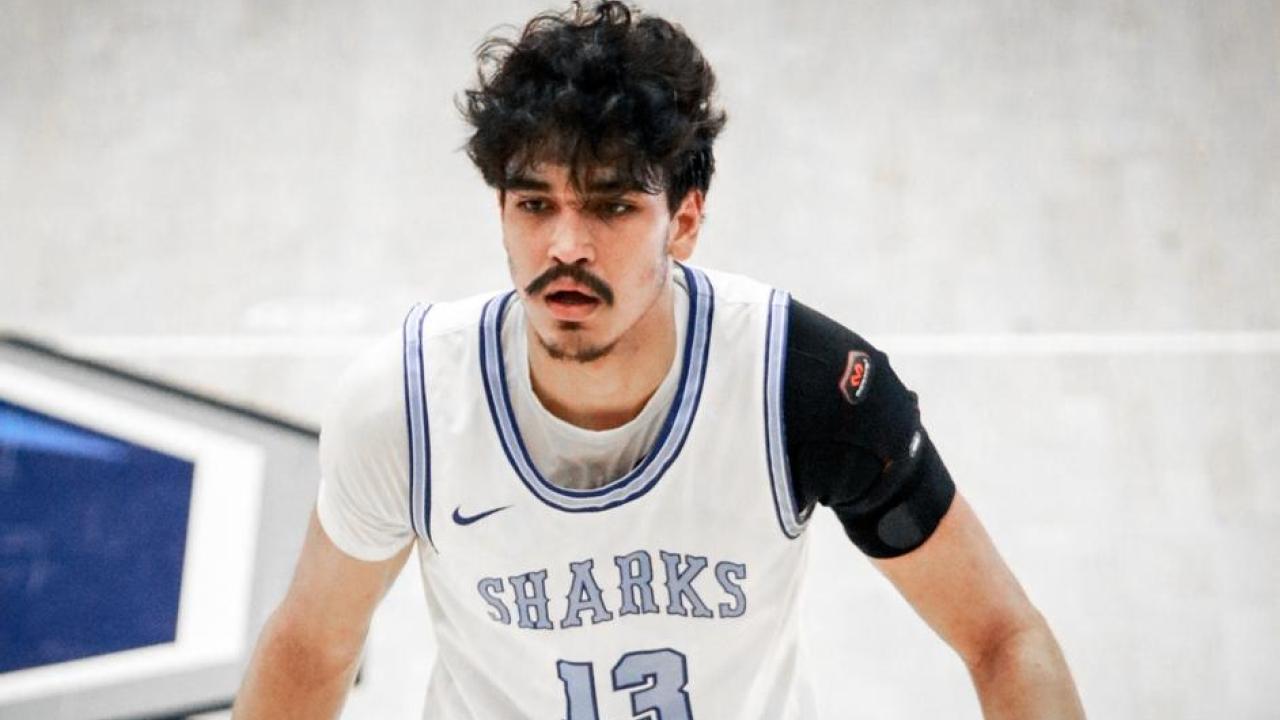 The new year is upon us, and so are the new DII men’s basketball Power 10 rankings. Just a few games have been played since the last Power 10, but it was enough to propel a new team to No. 1. With Nova Southeastern’s two big wins this past week, the Sharks become the third No. 1 team in the past three Power 10 rankings.

POWER 10 PREP: Look back at the previous Power 10

No. 1 Nova Southeastern | Previous: 2: The Sharks opened the second half against two very good teams in Florida Tech and nationally ranked Florida Southern, two teams a combined 20-6 record so far. They answered the test, winning both in utterly dominant fashion to improve to 12-0. The Sharks lead DII in scoring (107.2), margin of victory (29.3), and turnovers forced per game (25.4) all while playing a top-50 schedule in DII men’s basketball. Oh, and RJ Sunahara may just be the player of the year at this point.

No. 2 Indiana (PA) | Previous: 1: The Crimson Hawks fall to no fault of their own. Still a perfect 11-0, they simply haven’t played the schedule Nova Southeastern has, and drop a spot this week. Make no mistake, this is one of the most dangerous teams in the land, and it all begins with the defense. IUP allows just 57.6 points per game (second-least in DII men’s basketball) with a DII-best 35.2 percent field goal percentage defense. This team is deep in scorers and shoots the ball well and should rule the PSAC in the season’s second half.

No. 3 Northwest Missouri State | Previous: 3: The Bearcats dropped a game to Emporia State to close the pre-holiday slate and have rebounded with three commanding wins. Diego Bernard, who missed that loss, is back and the leader of this team — he’s the Bearcats leader in points per game, rebounds per game, and total assists — but there are plenty of Bearcats that can chip in. Per usual, the Bearcats have been able to dictate the tempo in their victories, outscoring opponents by nearly 20 points per game and shooting a DII-best 54.6 percent.

No. 4 Black Hills State | Previous: 4: The Yellow Jackets keep checking off big boxes towards a No. 1 seed in March. Coming out of the break, they faced Adams State and had a bout with nationally ranked Fort Lewis on back-to-back nights scheduled. Though the Fort Lewis game was postponed, they still remain perfect on the season. BHSU is 12-0 against the 34th toughest schedule, are scoring and shooting very well, and have one of the best in the land in Joel Scott, who’s posting nightly averages of 21.3/9.6 thus far.

SURPRISE, SURPRISE: 11 teams off to pleasantly unexpected starts in 2022-23

No. 5 West Liberty | Previous: 7: Despite the No. 6 team still being undefeated, the Hilltoppers are able to jump into the top 5 thanks to an 11-1 start against one of the toughest schedules in DII men’s basketball thus far. They have reeled off win after win against a combined .607 opponents winning percentage and that’s plain impressive. West Liberty is scoring in bunches as always, averaging 99.0 points per game and Bryce Butler continues to impress, averaging 23.8 points per game on an impressive 61.3 percent shooting and a team-high 6.8 rebounds per game.

No. 6 Missouri-St. Louis | Previous: 6: UMSL came out of the break with a tough test against one of my surprise teams of the first half, Wisconsin-Parkside. The Tritons proceeded to win in blowout fashion, dominating to an 83-61 victory. Now 12-0, this team has an impressive balance, scoring 78 points per game on 52.2% shooting, a top-10 mark in DII men’s basketball. Already with several signature wins on their resume, the Tritons resume GLVC play on Jan. 5 poised to make a run to a top seed in March.

No. 7 Lincoln Memorial | Previous: 8: The Railsplitters continue to put that early season loss to nationally ranked UAH in the rearview window, now winners on 12 in a row. Sitting at 13-1, this team is slicing through the opposition, scoring 90.6 points per game and beating teams by 20.1 a night. Seven players score at least 9.3 points per game, so it feels impossible to take a single player out of the game, with someone very capable ready to step up. They also shoot 52.8% as a team, so, much like Nova Southeastern and West Liberty, this team loves to score.

All Stats Team: A starting five of box-score stuffers for November

No. 8 Augusta | Previous: 9: The defending national runners-up are playing very well since a hiccup against a very good Virginia Union team. Winners of six in a row, the Jaguars are doing just enough to win ball games as the heart of PBC play approaches. With Tyshaun Crawford and Miguel Arnold leading the way, it will be tough to ever dominate this team, keeping the Jaguars in striking distance the rest of the way. The Southeast should be very intriguing with Lincoln Memorial and Augusta looming come March.

No. 9 Central Oklahoma | Previous: 10 (tied): The Bronchos came out of the break with three big wins, capping it off with an 80-58 victory over nationally ranked Emporia State. They are now 13-1 against a top-20 strength of schedule and are tied atop the MIAA heading into the heart of conference play. With one of the best defenses in the division, the Bronchos are fueled by a bevy of scorers, led by Jaden Wells who scores nearly 20 points per game.

No. 10 Hillsdale, Colorado School of Mines| Previous: 5, 10 (tied) respectively: Hillsdale gets dinged a bit after opening the second half with a stunning loss to Lake Erie. The Orediggers are back on track after an early December loss to Black Hills State in overtime. Both of these teams are very talented; they simply find themselves this low (imagine thinking No. 10 is low) due to metrics like strength of schedule.

First five out (in alphabetical order):

Team to watch: Northern State — I had the Wolves getting some preseason Power 10 recognition and opening the season against Northwest Missouri State did them no favors. However, the Wolves are back on track, winners of four in a row, including a tightly contested victory over NSIC rival and nationally ranked Minnesota Duluth on New Year’s Eve. This team is 10-3 against the 10th toughest schedule in DII men’s basketball and could very well begin their climb up the national rankings this week.