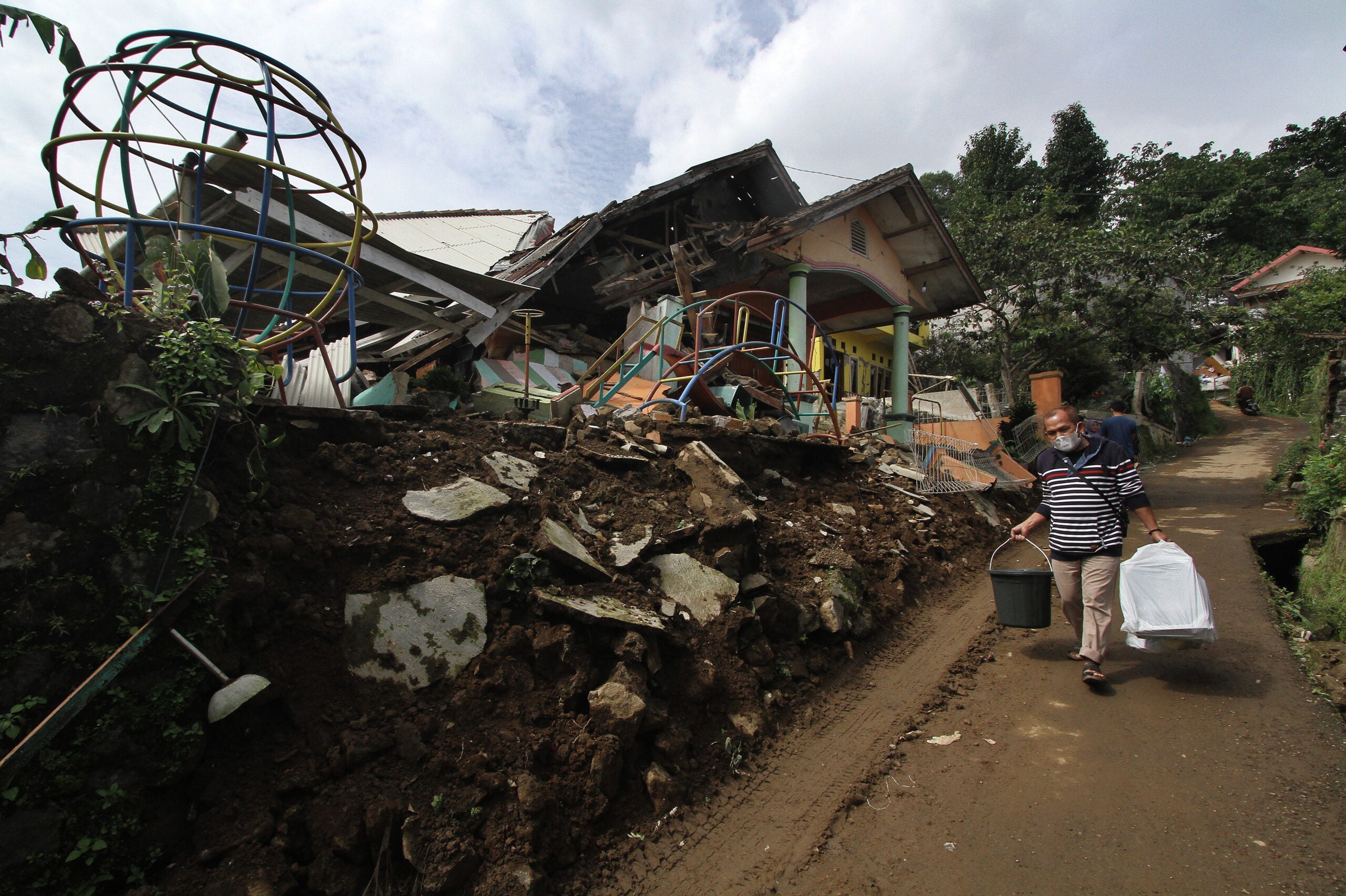 On Monday, an earthquake hit Cianjur in Indonesia’s West Java province at about 1:21 p.m. local time. The United States Geological Survey (USGS) reports that it was at a depth of 6.2 miles, which caused multiple buildings to collapse when many children were at school.

Rescue crews in Indonesia continue to search for the missing and wounded following the event. More than 140 aftershocks have struck following the 5.6-magnitude earthquake struck the country’s highly populated West Java province. Twenty-five aftershocks were reported within the first two hours of the quake alone.

According to the country’s National Agency for Disaster Management (BNPB), at least 268 people are dead, 151 people remain missing, and more than 1,000 are injured. The earthquake destroyed more than 22,000 homes and over 58,000 people have been displaced, BNPB Major General Suharyanto said on Tuesday.

[Related: Earthquake models get a big shakeup with clues buried in the San Andreas fault.]

US Defense Secretary Lloyd Austin offered his “deepest condolences” while speaking at the ASEAN multilateral meeting in Cambodia yesterday.

“The majority of those who died were children,” West Java’s governor, Ridwan Kamil, told reporters Monday, while adding adding the death toll would likely increase. “So many incidents occurred at several Islamic schools.”

Aprizal Mulyadi told the BBC that he was at school when the quake hit, and was trapped after “the room collapsed.” The 14-year-old said his “legs were buried under the rubble,” but he was pulled to safety by his friend Zulfikar, who later died after himself becoming trapped.

Earthquakes are nearly a daily occurrence in Indonesia. The island nation sits along the Ring of Fire, an arc of volcanoes and fault lines along the Pacific Basin, stretching from Japan to Indonesia on one side of the Pacific Ocean and California and South America on the other side.

In 2018, more than 2,000 people were killed during an earthquake off the island of Sulawesi. A historic 9.1 magnitude quake off Sumatra island in northern Indonesia in 2004 and triggered a tsunami that struck 14 countries, killing 226,000 people along the coastline of the Indian Ocean, with more than half of the casualties in Indonesia.

Landslides often follow the earthquakes and deforestation and gold mining operations have made the soil increasingly unstable.

The sloping, hilly terrain near epicenter of the earthquake, made the area especially vulnerable to landslides, according to Ridwan. The damage to homes appeared to be worse in villages farther outside Cianjur and deeper into the hills.