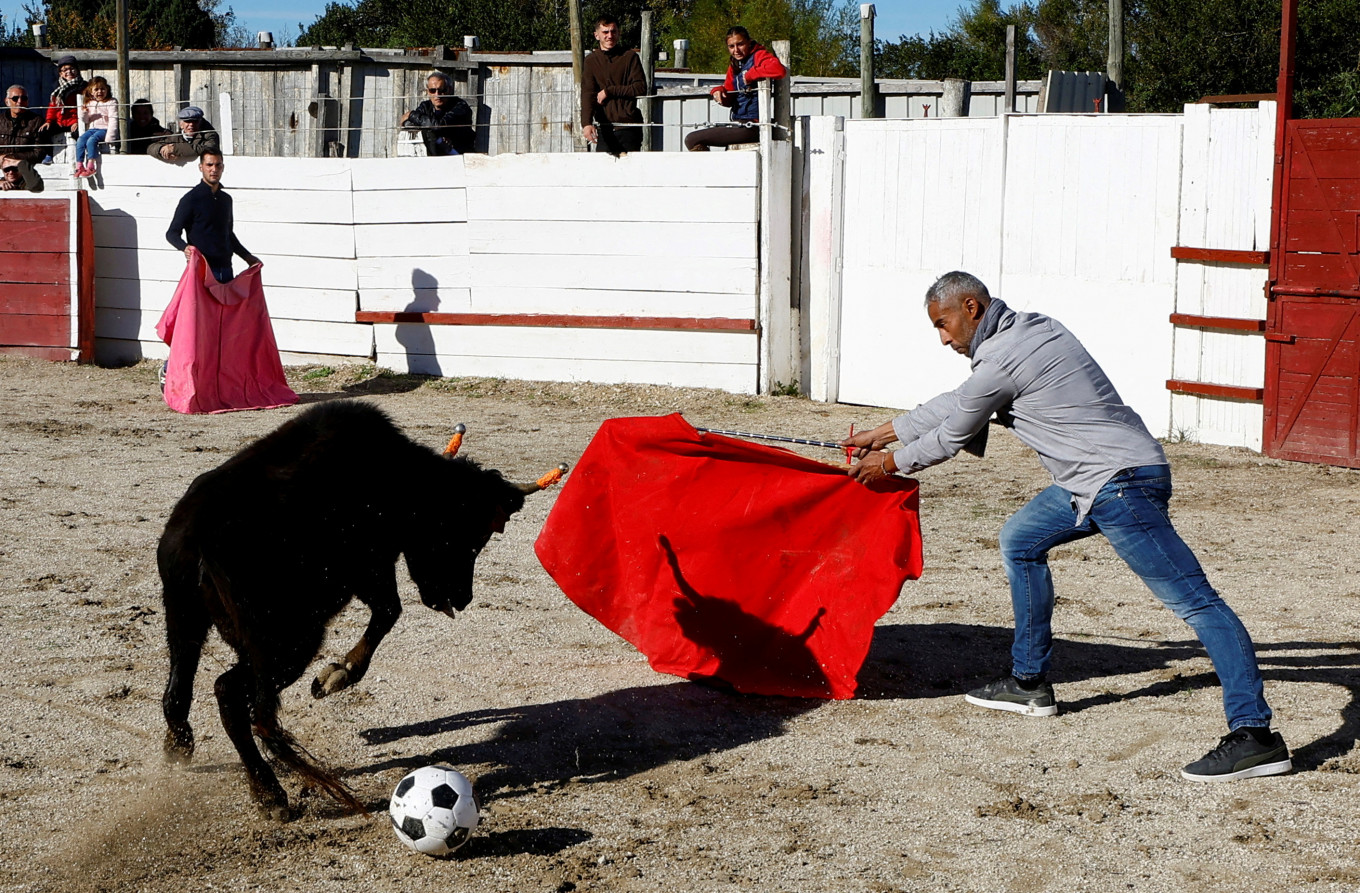 Sixteen-year old Baptiste is training to be a bullfighter in the southern French city of Arles and says lawmakers who want to ban it across the country simply do not comprehend what he calls an art.

“Corrida is a tradition, an art, a dance with the bull,” said Baptiste, one of about a dozen students who learn to wave the traditional red muleta cloth in front of bulls in the Arles bullfighting school.

Corrida in which the animal usually ends up killed by a sword thrust by a matador in shining costume, is for supporters an age-old tradition to be preserved, for critics a cruel ritual that has no place in modern society.

Nearly 75% of the French back banning bullfighting, according to an Ifop poll in the Journal du Dimanche daily, and leftwing lawmaker Aymeric Caron has submitted a bill to do just that, which will be debated in parliament on Thursday.

At the weekend, pro and anti ban protesters marched in several southern France cities where corrida is still allowed. “Corrida is not a fight, it’s the execution of a tortured innocent,” one could read on a banner carried by one protester.

For Caron, exceptions that allow bullfighting in some parts of France and have under a thousand bulls killed per year, should be scrapped. “A tradition cannot morally justify a practice,” he told reporters.

The proposed bill is proving so divisive among most parties, even Caron’s lefwting Nupes alliance, that it is quite unlikely to be adopted, but it has reignited a passionate debate in France.

“It’s 2,000 years of history,” said Frederic Pastor, municipality councilor in charge of corridas in the city of Nimes. “We glorify the bull,” he said.

The 14 bullfighting shows organised in Nimes each year bring in about 60 million euros of revenues, the municipality says.

On the other side of the argument, protester Tiphanie Senmartin Laurent said: “A large majority of our fellow citizens oppose bullfighting, which makes into a show the killing of a bull. Torture is not a show.”

Bullfighting, which originates in Spain, is also hotly debated there. It was banned in Catalonia in 2010, but the constitutional court overruled the ban a few years later, calling bullfighting a cultural asset. A proposed bill on animal welfare now being discussed there does not mention bullfighting.

“Since (bullfighting) exists, there are people who have tried to ban it, ” said Yves Lebas, president of the Arles bullfighting school. “But they never managed, because people said ‘no’.”