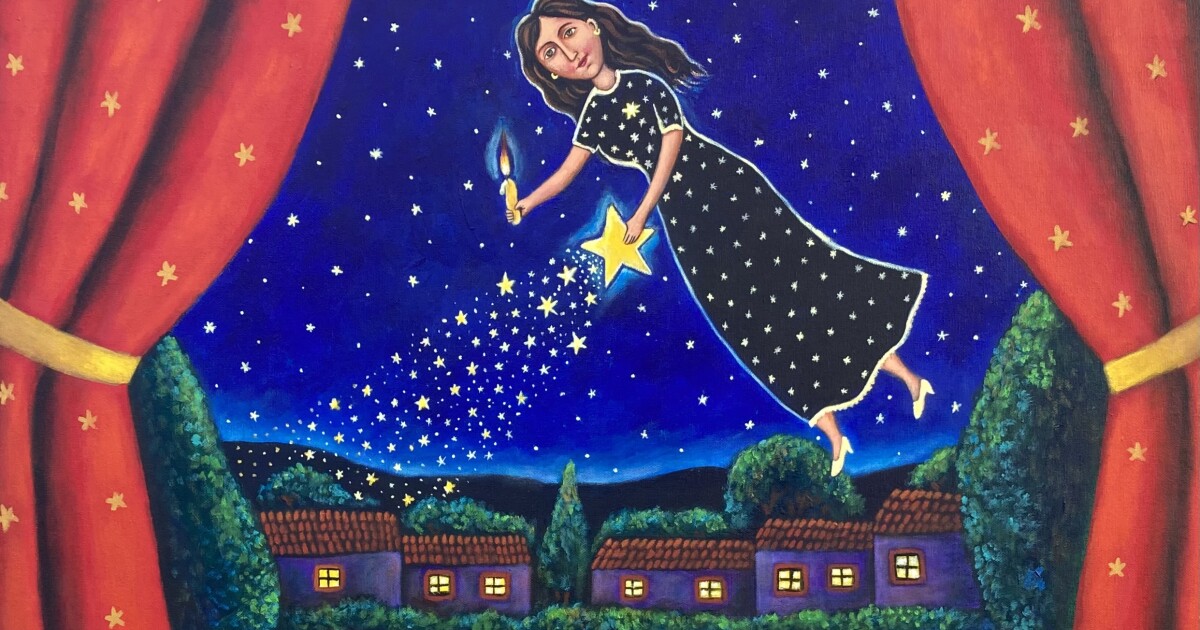 Art Scene West Gallery, in Solana Beach, announces an exciting event open to the public, the Black Friday “Performance Art” Weekend Event & Holiday Art Show Opening. The Black Friday Weekend Event will feature a live performance art show on Black Friday, 11/25/22, 12 noon – 4 p.m. (only!) by internationally renowned artist Hugo Rivera. Hugo will create one of his large-scale paintings from start to finish in a mesmerizing outdoor creative performance of four hours or less. This artist knows how to creatively sling paint! There will be live music and refreshments on Black Friday and refreshments as well during the rest of the weekend event. Canvases painted by Hugo will be exhibited in our courtyard as well as canvases painted by Esau Andrade, Mexican surrealist.

Hugo Rivera is an internationally renowned Mexican American contemporary figurative artist, born and raised in Guadalajara, who came to California to pursue his career. Formally educated as a civil engineer in Mexico, Hugo began painting murals anywhere he could in his spare time as a college student. He painted his first big mural on his bedroom wall, an impression of the cover of Michael Jackson’s “Thriller” album, which was the start of his passion to paint on big surfaces. In the U.S., Hugo began painting murals in the Huntington Beach area for private clients in their homes, restaurants, and churches. In 2000, Hugo opened his own gallery in Laguna Beach, where he now lives with his wife and son. Hugo’s work has won awards at nationally prestigious juried fairs, including the Indian Wells Art Festival, the Malibu Art Festival, the La Jolla Festival of Arts, the Beverly Hills Art Festival, and the Sawdust Art Festival, and he has been honored with a permanent exhibition of his artworks at Museum Vladimir Cora in Nayarit, Mexico. Hugo’s large-scale paintings are now in private and corporate collections worldwide. Hugo has developed a reputation as a performance artist over the years because he works very rapidly with his brushwork and can easily create a large scale figurative painting within four hours or even less, from start to finish.

Esau Andrade is a prominent Mexican contemporary surrealist painter. Born in 1963 in Tepic Nayarit, Mexico, Andrade started drawing at the age of three and his passion for art eventually led him to attend La Escuela de Artes Plasticas de la Universidad de Guadalajara. Strongly influenced by two of the giants of Mexican fine art, Diego Rivera and Rufino Tamayo, Andrade developed his own creative style, and his soul is reflected in his symbolic paintings reflecting his childhood, his dreams, and the cheerful universe that characterizes Mexican culture. Andrade was recently honored with an exhibition of his artworks at a in Berne, Switzerland.