the COVID-19 death toll in California is inching close to a dark milestone of 90,000 lives lost, as coronavirus cases and hospitalizations keep pushing up across the state, and health officials urge people to take more precautions.

Daily new cases are up 150% from a month ago across California, though still below the height of the winter omicron wave. Experts point to COVID fatigue and the emergence of highly transmissible new virus variants, with officials on Tuesday calling on residents to voluntarily summarize safety precautions like indoor mask wearing.

“We’re not out of it yet,” Dr. Sara Cody, the health officer in Santa Clara County, said at a news conference. “The pandemic is still here. We are seeing more activity. So it is time to break out your masks and break out your tests, and just be a bit more cautious than you were a month ago.”

The state has reported 89,957 COVID deaths in all since the pandemic began. That’s more than any other state, but California is the nation’s most populous, and its death rate per 100,000 residents is among the lowest in the country. The state is currently reporting about 38 deaths a day.

“I don’t have a crystal ball, but what I can share is I would guess we will continue to see peaks and valleys. How often the peaks come and how high they are and how dangerous they are, we don’t really know,” Cody said. “What I want to happen is for everyone to just understand where we are and understand that they are at risk because we’ve got a lot of virus circulating now, and it’s on its way up.”

“It’s not like it’s futile to try to avoid getting it, but it’s also a world where you recognize that even if you’re careful, stuff happens,” said Dr. Bob Wachter, UCSF’s chief of medicine, whose wife tested positive for the coronavirus on Sunday while the couple was traveling. “You have to calibrate your level of caution. You have to keep in mind that what you’re doing now is probably what you’re going to have to be doing a year from now, maybe two years from now, in the face of the same threat.”

Cody also said her county is starting to see “early signs” that hospitalizations may be on the rise after a long period of remaining flat, even while case counts steadily increased in recent weeks. The county’s average reported COVID-19 cases rose to 589 on May 3, from 193 on April 3, she noted, and the levels of COVID detected in wastewater across the county “are rising in a similar fashion.”

At the same time, the head of the California health department’s wastewater surveillance said Tuesday that a handful of wastewater tracking sites are showing signs of virus plateauing, including in San Francisco and other parts of the Bay Area.

“The rise in concentration appears to be tapering off,” said Dr. Alexander Yu.

Alameda County’s cases are at about the same level as the peak of last summer’s delta wave, though numbers don’t reflect the extent of home testing now, Dr. Nicholas Moss, the county health officer, told supervisors Tuesday. He said he is reassured by stability of the county’s fairly low COVID hospitalization numbers.

“We are still well short of anything like what we saw during the main omicron wave,” Moss said of this sixth surge. “There is a lot of COVID around right now, although we are not seeing a lot of severe disease.”

Similarly in Sonoma County, hospitalizations and fatalities are not rising like they did during previous virus surges, even as the county recorded 32 new cases per 100,000 residents, compared with 12 per 100,000 a month ago.

“We’re not seeing the deaths we saw early on or even the deaths we saw with the omicron surge in January,” county health officer Dr. Sundari Mase told the Board of Supervisors on Tuesday. “We may be seeing an increase in case rates, but that’s not necessarily leading to those outcomes. … That is due to vaccination.”

COVID-19 Map: Data on trends in the Bay Area and across California

Mase said state modeling predicts the wave will peak in mid-May, but she did not specify which model that forecast was based on.

Like Cody, Mase and Moss urged people to step up masking and other precautions.

“I still believe there should be a high recommendation for indoor masking in settings like stores and other retail places. That is now up to the individual to decide whether they want to do that or not,” said Mase.

Moss noted, “Even in absence of mask requirements, high-quality masks offer protection for those who want or need it.”

As to whether new mandates might be in the offing, Moss said he does not anticipate that, unless hospitalization levels become concerning or if there are signs that disadvantaged communities are being hard-hit once again.

Said Cody, “At this point in the pandemic, no one wants to issue restrictions.”

Wachter said that approach makes sense, but that individuals should assess risk seriously, especially given the looming threat of long COVID illness and other virus-related complications, including long-term cardiovascular and neurological issues.

“The tools that are available now — particularly being fully vaccinated, boosted and having access to Paxlovid — mean that now it’s not a worry that we’re going to die of this infection, which is very different than two years ago,” he said .

“When I do something a bit riskier than I would have been doing before, I try to ask myself the question, ‘If I get COVID from this, how badly would I feel?’ If I got COVID because I decided to take my mask off in Safeway, then I’d feel like a real idiot. It’s just not worth it.”

The BA.2 subvariant of the coronavirus is now dominant across the US, making up over 56% of new cases reported last week. Its sublineage BA.2.12.1 accounted for 42.6% of cases sequenced by the Centers for Disease Control and Prevention. The original BA.1.1 omicron strain that drove the winter surge has all but disappeared.

Nearly 1 million Americans have lost their lives to the virus. That figure was more than 998,300 as of Tuesday afternoon, according to Johns Hopkins University tracking. 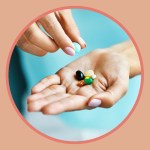 June 19, 2022
Lengthy COVID solutions are getting into center of attention, slowly

Lengthy COVID solutions are getting into center of attention, slowly