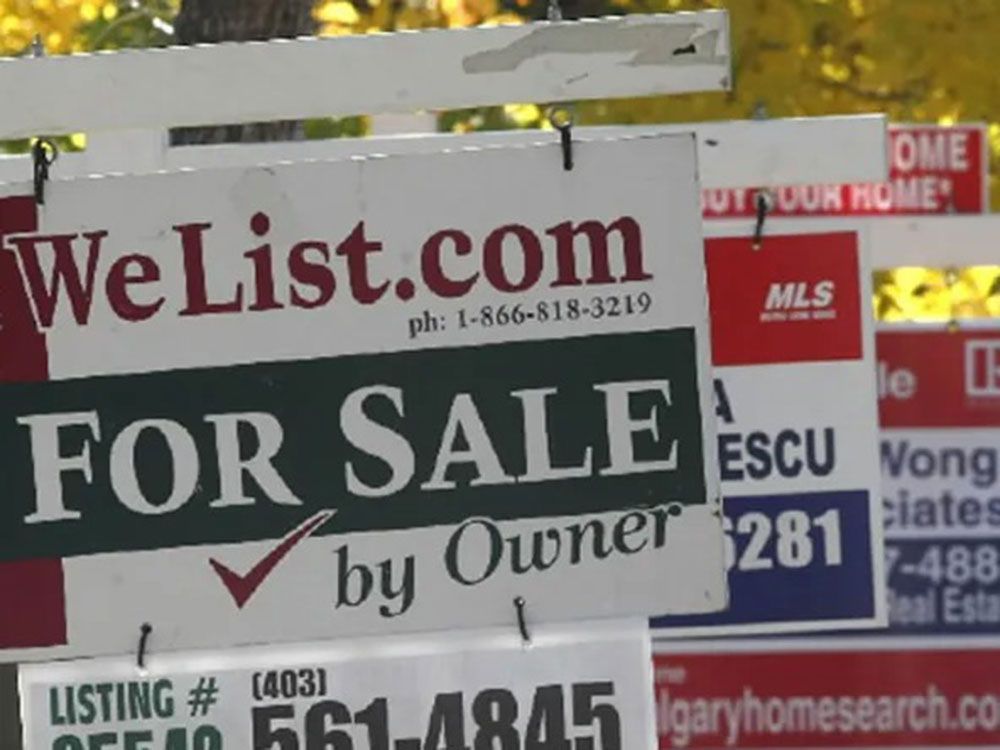 Canadian banks are attempting to ease the burden on homeowners who can’t keep up with the rapid rise in interest rates by extending mortgage amortizations and, in some cases, adding unpaid amounts onto the loan principal, tools that can stave off default in the short term but that may come with longer-term consequences.

After hiking the overnight rate from near zero at the start of the year to 3.75 per cent, the Bank of Canada said this week that about 50 per cent of borrowers with variable-rate, fixed-payment mortgages have reached a trigger rate — the point at which set monthly payments cover only the interest while the principal remains unpaid. Nearly 13 per cent of all Canadian mortgages are affected, according to the central bank.

Sign up to receive the daily top stories from the Financial Post, a division of Postmedia Network Inc.

The next issue of Financial Post Top Stories will soon be in your inbox.

Federal rules stipulate that mortgages must be amortizing — meaning borrowers must be repaying principal — but lenders have three options once a trigger-rate threshold is reached: raise monthly payments, require a lump-sum pre-payment on the mortgage, or allow borrowers to slip into negative or reverse amortization for a period under rules set by banking authorities and mortgage insurers.

Negative or reverse amortization occurs when mortgage payments aren’t sufficient to cover interest due, and the excess amount is added to the principal owed on the loan, a procedure that could leave homeowners with a larger outstanding balance at renewal.

“Each bank is choosing to handle this a little differently,” said Dan Eisner, chief executive of True North Mortgage in Calgary, citing extending the paydown period as one way to manage the trigger-rate problem.

“If a borrower raises their hand and claims they are facing financial difficulties, as lenders we can extend their amortization to bring the payment down.”

Another industry watcher said it is “reasonable” to conclude reverse amortization is also occurring, although there is not yet public data. This potentially increases risks to the lender and borrower because the loan balance is actually growing and can be a particularly worrying development at a time when property values are dropping.

Toronto-Dominion Bank says on its website that rising rates may put customers in a position where “unpaid interest will start to increase the amount owing” on their mortgage. There is a limit, though, and borrowers will ultimately have to adjust payments, make a pre-payment, or convert to a fixed-rate mortgage, according to the website.

When a borrower is unable to continue making principal and interest payments on a mortgage it raises the spectre of default, but industry watchers say mortgage insurers such as Canada Mortgage and Housing Corporation (CMHC) and Sagen, previously Genworth Canada, allow banks to do quick workouts with individual customers as needed without their approval.

CMHC, for example, allows negative amortization of up to 105 per cent of the original loan amount. For uninsured mortgages, federally regulated lenders set their own policies with approval from the Office of the Superintendent of Financial Institutions.

“For uninsured mortgages, OSFI has not set a specific amortization cap for financial institutions allowing negative amortization,” said Carole Saindon, a spokesperson for the federal banking regulatory. “However, we do expect actions taken to remain within the bank’s risk appetite.”

In an emailed statement Saindon said OSFI is “working with federally regulated financial institutions on an ongoing basis to assess the impact of actions they are considering” to deal with borrowers hitting the trigger rate on variable mortgages.

Eisner said remedies will become a concern only if they become blanket policy.

“If a big bank announces some sort of auto-amortization extension, the expectation will be that every lender offers auto-extensions,” he said, adding that such a scenario would not be good for lenders or borrowers who should be building equity in their home.

In a statement, CMHC said approved lenders have “flexibility to make special arrangements” with customers at their discretion without the mortgage insurer’s approval, but only if they have a documented analysis of the borrower’s “unique financial situation” on file.

It won’t be painless for the economy, and it isn’t designed to be

The extent to which the triggering of larger payments becomes a problem will be determined by the actions of the Bank of Canada, said Robert McLister, a mortgage analyst and strategist.

If the overnight rate climbs only another 50 to 75 basis points, as suggested by the bond market, “we’ll get out of the woods relatively unscathed,” he said. “That’s especially true if rates revert lower by the end of next year.”

However, if the central bank takes rates over five per cent, “we could have an unexpected arrears problem,” he said. “In that case, I wouldn’t be shocked to see the government announce some type of measure to help distressed borrowers.”

One way they could do that is by formally allowing amortization extensions up to 40 years for borrowers with high debt ratios, something McLister says mortgage default insurers support.

McLister calculates that about 16.6 per cent of Canada’s six million households with a mortgage are vulnerable to hitting the trigger rate.

“In other words, almost a million households could see their trigger rate hit if rates go high enough,” he said. However, only a subset of perhaps less than a quarter of those will experience a reverse amortization where accrued interest is tacked on to the principal. The rest will have monthly payments increased by lenders to ensure the interest owed is covered.

“So really we’re talking about a few hundred thousand households who may see their mortgage balances grow before maturity,” McLister said.

A further subset of those, perhaps one in five, might be vulnerable to significant rate increases at maturity, based on Bank of Canada data, he said, “and of those, only a single-digit percentage would default using history as a guide.”

Avery Shenfeld, chief economist at CIBC Capital Markets, said he doesn’t see relief offered by the banks playing out as a major shock to the financial system because Canadians have a lot of equity in their homes and could sell and downsize if they can no longer afford their current property — provided the Bank of Canada doesn’t “overdo” the policy tightening.

“The large regulated financial institutions have for many years been doing stress tests to (make sure) that borrowers could pay a higher rate when they took on their initial mortgage,” Shenfeld said.

“But it won’t be painless for the economy, and it isn’t designed to be. After all, the Bank of Canada raises interest rates with an eye to slowing the economy and thereby cooling inflation, and one of the key pathways for that slowdown will be the squeeze put on those carrying a lot of debt (including mortgage borrowers hitting trigger rates) or thinking of buying a home.”

Differences in mortgage products offered by Canada’s largest banks could have an impact on their experience with loans in arrears and defaults.

“(This) implies that higher borrowing costs will flow through to their variable rate customers faster. Accordingly, we will be watching upcoming results closely for any signs of payment stress,” the analyst said.

With the tools in place to manage the effect of rising interest rates on variable-rate mortgages with fixed payments, however, the full impact won’t be felt until those mortgages are renewed.

“This provides those banks and their customers with time to prepare for higher future payments, assuming rates stay high,” Holden said. “This is something to monitor into 2025/2026 when the lowest rate (five-year) mortgages renew.”

A spokesperson for Bank of Nova Scotia said the firm’s mortgages are designed to help borrowers “stay on track with their scheduled principal paydown throughout the life of the mortgage.”

The lender sends letters to clients when the prime rate increases and payments are going to change, said Andrew Garas, adding that borrowers could nevertheless pay less interest over time because there is never a point at which they are paying interest only.

“We work with each customer individually to understand their unique needs,” Garas said.

National Bank spokesperson Alexandre Guay said the lender “proactively” reaches out to clients “who might be more vulnerable to check in on their situation” and makes every effort to stay in touch with all affected clients to make them aware of changes and provide advice.