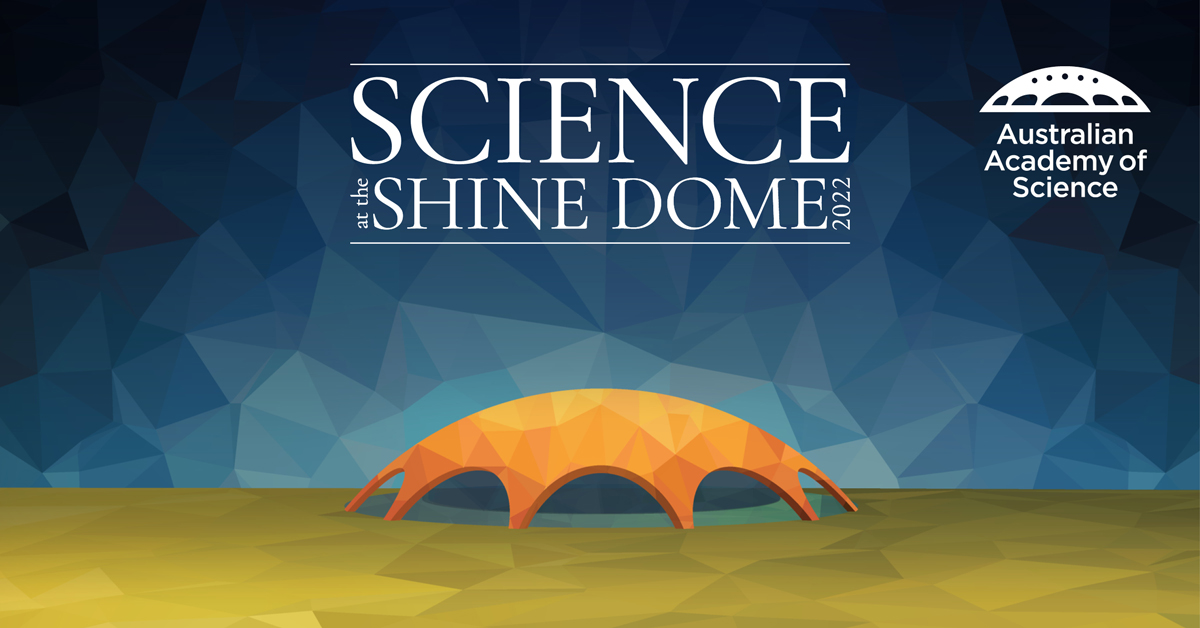 The best of Australian science will be celebrated and recognised at Science at the Shine Dome this week and for the first time since 2019, the Australian Academy of Science’s annual flagship event will be held in-person in Canberra.

Academy President Professor Chennupati Jagadish said that Science at the Shine Dome is where we come together to celebrate excellence in Australian science.

“It is also an opportunity for researchers from all career stages to connect with our Fellows and other leading Australian scientists, to forge new and important collaborations – the bedrock of science,” said Professor Jagadish.

This three-day event, which is also being livestreamed online, will see Australia’s most influential scientists from across disciplines gather to share their expertise.

Held annually since the Academy’s founding in 1954, Science at the Shine Dome will include the admission of new Fellows to the Academy, the presentation of awards and lectures, and scientific presentations by new Fellows.

“I am thrilled we can reunite researchers of all career levels to share knowledge, network and participate in professional development,” Academy Chief Executive Anna-Maria Arabia said.

On Tuesday, Fellows from 2020, 2021 and 2022 will be formally admitted to the Academy, followed by a soiree on the grounds of the recently renovated and restored Ian Potter House.

On Wednesday, attendees will hear from some of Australia’s most distinguished scientists, the 2022 new Fellows, as they present their science and career achievements.

Networking breaks will give in-person attendees the opportunity to meet each other, while those joining via livestream will see exclusive feature interviews with special guests live from the Shine Dome.

On Wednesday evening, the Academy’s annual gala dinner will be held at the Great Hall of Parliament House.

It will feature a conversation between the Minister for Industry and Science, the Hon Ed Husic MP, and Gamilaroi yinarr (woman) and astronomy PhD candidate Karlie Alinta Noon from the Australian National University.

The dinner will also include the presentations of the Academy’s Premier Medals – the Macfarlane Burnet Medal, the Matthew Flinders Medal and the Ruby Payne-Scott Medal.

On Thursday, three lectures will be given by premier Academy awardees:

After these lectures, the 2022 honorific medal presentations will take place, followed by a networking lunch and an Indigenous Knowledges Workshop led by Academy Fellow Professor Tom Calma.

Registrations for in-person attendance of Science at the Shine Dome are now closed, but the livestream can be watched from anywhere in Australia or across the world.

The full program is available on the Academy website, and you can tune into the livestream on YouTube.

Thank you to our event partners