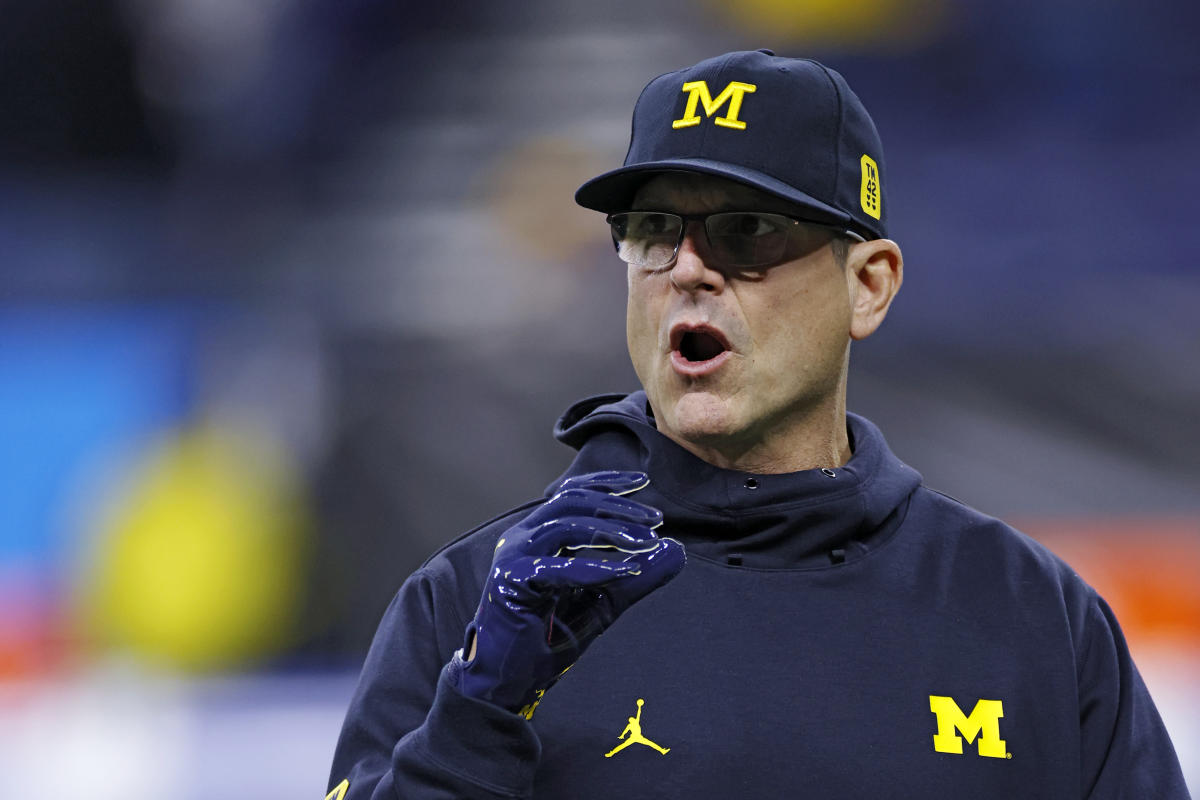 It’s the final weekend of the college football regular season. Spots in conference championship games are on the line. There are plenty of rivalry games across the country. However, most of the attention is focused in Columbus, where Ohio State hosts Michigan with a spot in the Big Ten championship game on the line. Ohio State is a 7.5-point favorite. Which way are bettors leaning?

When Ohio State hosts Michigan on Saturday afternoon, there will be a whole lot on the line. It’s likely the most impactful game of the college football regular season. The winner will clinch a spot on the Big Ten championship game where they will be a massive favorite. At that point, a spot in the College Football Playoff seems like a near certainty. The loser will need to root for some other teams across the country to lose and then hope the committee values their resume enough to give them a serious look.

These teams were in a similar spot last year, albeit both teams had one loss rather than the undefeated records they currently possess. That game was played in Ann Arbor, and Ohio State was a touchdown road favorite. However, in a snowy game, it was the home team Wolverines that pulled off the upset and eventually punched their ticket to the College Football Playoff. It was Jim Harbaugh’s first win over Ohio State as head coach of Michigan.

This time around with the game in Columbus, Ohio State is once again a sizable favorite. The Buckeyes are laying 7.5-points on Saturday afternoon. Prior to last season, Ohio State had won eight straight against Michigan with an average margin of victory of 14.4 points. However, Michigan now knows they can hang with and beat this team. Will they be able to keep it close again this year?

Michigan is the most popular bet of the weekend in terms of both number of wagers placed as well as amount of money wagered. Overall, 58% of bets are on Michigan to cover 7.5 points. A lot of bettors also like Michigan to pull off the upset. At BetMGM, 85% of moneyline bets are on the Wolverines at +240.

Blake Corum has been in the Heisman picture for most of the season. Unfortunately for Michigan, his status is in question. You have to think he’ll do everything in his power to play, but if you like Michigan on Saturday, it might be best to wait for a definitive report.

The game in Columbus isn’t the only one that could impact the national landscape this weekend.

TCU looks to stay undefeated with a home game against Iowa State. A loss for the Horned Frogs would take them from playoff locks to very much on the bubble, even if they ultimately win the Big 12 championship next weekend.

TCU is a 10-point favorite against an Iowa State team that is just 1-7 in conference play. However, six of Iowa State’s conference losses have been by seven points or less. They’ve played close games but have just come out on the wrong side of all of them.

The betting public likes Iowa State to play another close game this weekend. At BetMGM, 65% of bets and 76% of the money is on the Hawkeyes to cover as a 10-point road favorite. Seven of TCU’s eight conference games have been decided by 10 points or less, with TCU obviously coming out on top in all of them.

While some might think that TCU has some room for error, USC is a team that definitely has no margin for error. They will need to beat Notre Dame on Saturday, then go on to win the Pac-12 championship game and hope the committee looks favorably on a 1-loss Pac 12 champion.

USC is just a 5.5-point home favorite against the Fighting Irish on Saturday. At BetMGM, 67% of bets and 70% of the money is backing Notre Dame. It’s obviously a classic rivalry game and Notre Dame has already spoiled Clemson’s season earlier this year. USC’s defense is questionable and bettors are banking on the Irish at the very least keeping it close.

While a lot of the big games are on Saturday, there’s a decently sized Friday slate as well as college football makes its presence felt on Black Friday. Here are some other popular bets at BetMGM this weekend: