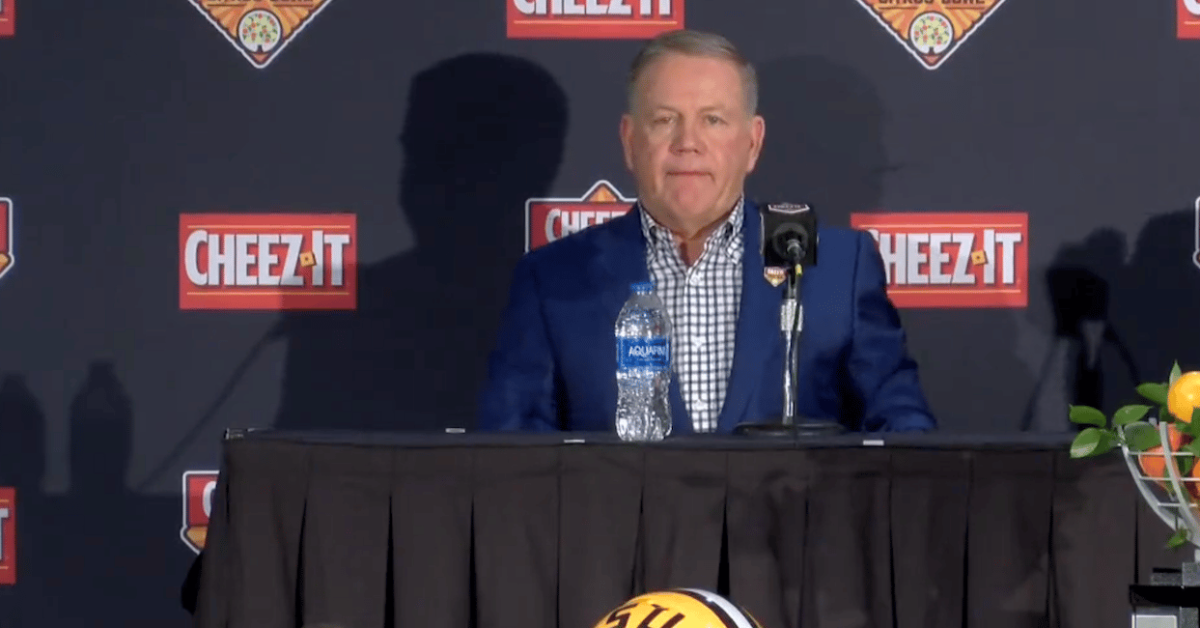 On Sunday, LSU coach Brian Kelly was asked to weigh in on NIL issues. Kelly doesn’t expect to see more enforcement actions from the NCAA.

“Well, I don’t expect it to happen,” Kelly said of NCAA disciplinary action on NIL. “Look, there’s no uniformity, right. I think we all know that. Each state has a different law relative to enacting NIL.

“Look, we love the concept as coaches. Everybody loves the concept of players being able to benefit from their name, image and likeness. It is the unintended consequences of it, and that is inducements prior to being on campus through recruiting; unfulfilled promises.”

Kelly continued, calling out misinformation on issues like compensation being labeled pay-for-play. Rather than the NCAA, Kelly thinks conferences may get more involved on NIL matters.

“I think we have to be in it a little longer in this cycle for it to kind of take a better shape, because I think there is a lot of misinformation out there,” Kelly said to media members ahead of the Citrus Bowl. “I think players are led to believe that they are going to get X and it is really not X. They have to perform services for X. You are hearing in the recruiting wars that guys are getting X for — this is not pay-for-play, and you are hearing stories like that.

Before getting back to talent acquisition for 2023, Kelly and the Tigers will end the 2022 campaign by facing Purdue in the Citrus Bowl Monday (1 p.m. ET, ABC).

“We’re not looking that the NCAA is going to step in at any time.”

The Wild West, no NIL police – the tales are running rampant in college football. We asked @LSUfootball @CoachBrianKelly about that Sunday.

“This is not pay-for-play. And you’re hearing stories like that.” #LSU pic.twitter.com/OsZI7v40eV

Louisiana sports betting is officially live in much of the state. Whether it is betting on SEC football or LSU football games or the Heisman race each year, if you live in Louisiana, you can now do it from your mobile phone.