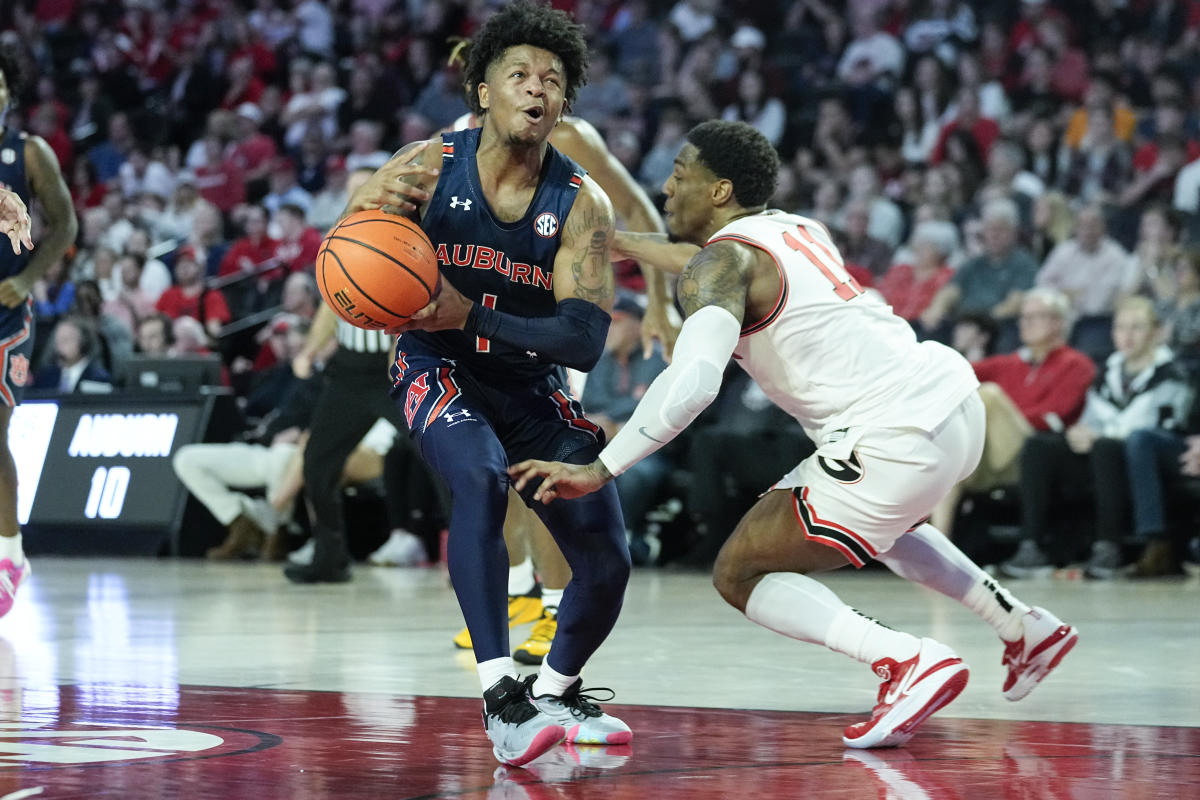 Auburn (11-3, 1-1 SEC) trailed most of the game despite Johni Broome’s 22 points and 12 rebounds. The Tigers couldn’t stage a serious late comeback, pulling no closer than eight points in the final 3 minutes.

Kario Oquendo had 17 points for Georgia (11-3, 1-0), which celebrated its SEC opener after a strong nonconference showing under White, the former Florida coach.

Roberts, the transfer from Bradley, missed much of the first half after picking up two early fouls. The senior guard made 9 of 12 free throws. His 26 points set a season high and matched his career high with Bradley.

The Bulldogs are enjoying a dramatic turnaround under White after finishing 6-26 overall and last in the SEC at 1-17 last season, leading to the firing of coach Tom Crean.

Georgia led 62-53 before Roberts’ jumper stretched the advantage to 11 points. Roberts then stole the ball from Wendell Green Jr. before being fouled and making two free throws, giving the Bulldogs their biggest lead at 66-53.

Georgia took a big lead of 11 points at 21-10 before the Tigers answered with a tying 11-0 run. Wendell Green Jr. started the run by making two free throws and capped the streak with a layup.

Broome scored Auburn’s first seven points and also was leading the team with four rebounds when he fell to the court midway through the first half, grabbing his right ankle in pain.

Broome was helped to the Auburn bench, where trainers taped the ankle. The 6-foot-10 sophomore returned to the game late in the half.

Auburn: After struggling to keep pace offensively in the first half, coach Bruce Pearl’s Tigers turned up the heat on their long-range shooting. Jaylin Williams opened the second half with a 3-pointer. Broome and Zep Jasper added 3s for Auburn’s first three field goals of the half.

Georgia: The Bulldogs showed good depth in their ability to overcome an early crisis when Roberts, the starting point guard, picked up two fouls in the first five minutes and had to leave the game. Roberts’ replacement, Justin Hill, had two quick turnovers but still Georgia stayed close until Roberts returned late in the half.

Auburn: Returns home to play No. 13 Arkansas on Saturday night.

Georgia: White will return to his former school when the Bulldogs play at Florida on Saturday.

AP college basketball: and and