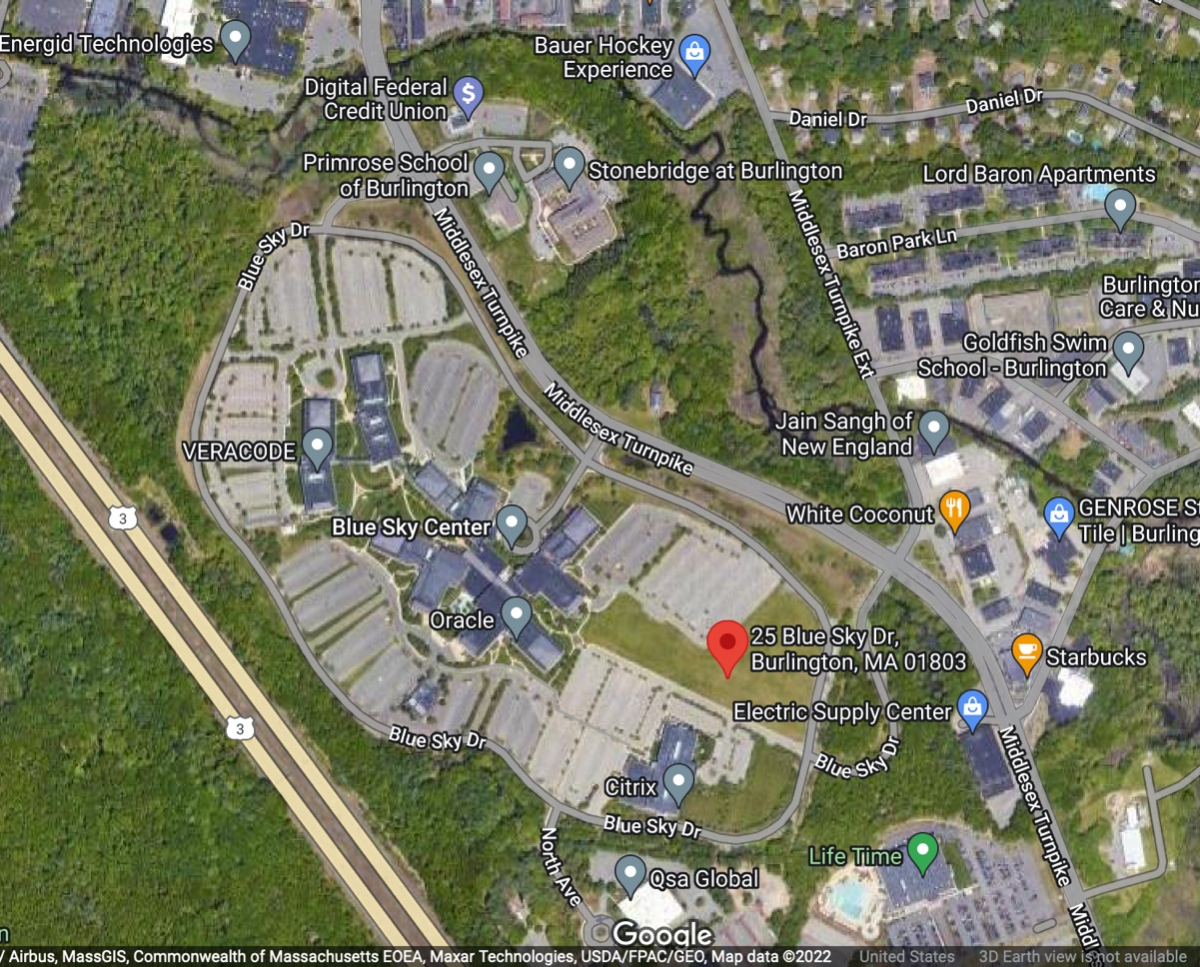 Business leaders, government officials and others recently gathered at 25 Blue Sky Drive for the ceremony.

The ceremony, celebrating the final steel beam placed on the future building, is part of a larger process that will end with the opening a new Genomics Center for the Cambridge-based Broad Institute, the Burlington Economic Development Office said in a statement.

The Broad Institute announced plans earlier this year to expand into Burlington via just over 145,000-square-feet of leased lab, research and development space at a planned new campus at 25/27 Blue Sky Drive.

The larger campus was initially envisioned as a purely office development before being converted into a lab-use project by its developer in 2021, according to The Boston Globe.

The Broad Institute will be the campus’ biggest tenant. It will be joined, though, by life science company Vericel Corp., which is planning to relocate its headquarters from Cambridge to Burlington.

The Broad Institute is a health research organization initially formed by MIT and Harvard University.

The Burlington Economic Development Office celebrated the pending arrival of the Broad Institute and Vericel earlier this year as part of a much-discussed wave of life science companies looking outside of Boston and Cambridge for new, affordable space.

The Broad Institute and Vericel will bring roughly 700 jobs with them, the Economic Development Office said, when they move into their Burlington spaces.

That move was on track to happen in 2024 as of May reporting from the Globe.

“(Blue Sky Drive) is the perfect location for both companies to grow,” the Economic Development Office wrote in late July. “These two giants prove Burlington will also continue to flourish as a leading spot for the life sciences.”

The regional life science boom outside of Boston has delighted municipal leaders throughout the region, with recent projects and big moves in places such as Malden, Woburn and beyond.

Burlington has had its share of life science activity even in recent months, with a developer last month announcing the $103 million sale of a life science facility on Burlington Woods Drive to Met Life Investment Management.

Dubbed the Burlington BioCenter, that site is a life science facility converted from its original office use. It is fully leased to a trio of firms.