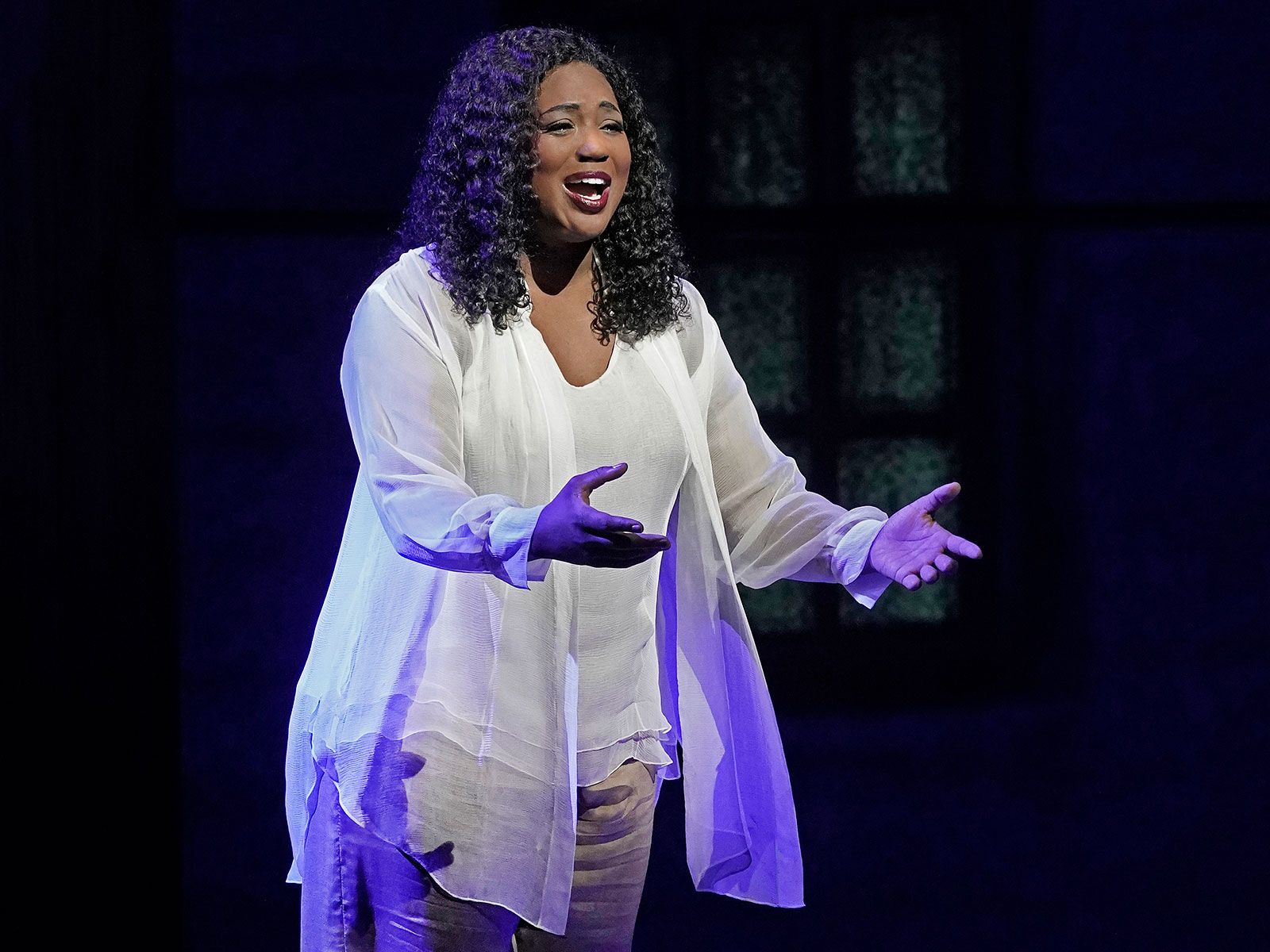 In the summer of 2020, when pandemic restrictions led to the cancellation of many in-person events, professional musicians resigned themselves to rehearsing in their living rooms and performing on Zoom. But Stephanie Mortimore, the principal piccoloist for the Metropolitan Opera Orchestra in New York City, traveled to New Jersey to give a few private concerts to engineer Philippe Bourrianne of Princeton University. Mortimore entered a plexiglass chamber, donned protective glasses and played her piccolo in a cloud of fog illuminated by a stationary green laser mounted on the ceiling.

While she played, Bourrianne used the laser to track the speed of the air leaving her mouth and her instrument. The concerts were part of a study Bourrianne and his colleagues conducted measuring the airflows produced by professional opera singers and musicians at the Metropolitan Opera.

The Met Orchestra initiated the study to learn what it would take to safely return to in-person performances. The results, published in August in Physical Review Applied, reveal musical professionals have such fine control over their breath that they emit weaker airflows during singing and playing than they and others do while speaking and breathing.

Knowing how quickly exhaled air travels, and to where, helps predict whether air emitted by someone infected with an airborne pathogen—such as a coronavirus or influenza—can travel far enough to infect someone else. “It’s critical information for keeping ourselves safe from any kind of airborne infection,” says Jean Hertzberg, an engineering professor at the University of Colorado Boulder who was not involved in the study.

At the start of the Covid-19 pandemic, Princeton’s Howard Stone and collaborator Manouk Abkarian, director of research at the French National Center for Scientific Research in Paris, read papers from other scientists trying to visualize aerosols. Those small bits of fluid from the respiratory system can hitch a ride on exhaled air during breathing, speaking and singing. And aerosols can harbor viruses, with every exhalation from a sick person releasing more virus into the air.

The prior studies found singing and speaking produce more aerosols than breathing, but they didn’t measure where the infected air traveled. Stone and Abkarian realized they could contribute their expertise in fluid dynamics—the study of the flow of liquids and gases—to visualize the airflows, Stone says. Thus, they could see how far the aerosols traveled. They knew that even though singing produces air contaminated with more virus, it doesn’t necessarily pose a higher risk of infection if the air can’t travel far enough to infect someone.

Abkarian developed the imaging setup used in the Met study. He used lasers and fog to measure the speed of exhaled air, while simpler infrared cameras provided a rich visual of where the air traveled. Plexiglass and thick curtains blocked off other air circulating in the lab. Collecting the data turned out to be a cumbersome task, for both the researchers and the performers.

The scientists found it difficult to control everything in the experiment, because performers do not breathe, speak or sing the same way every time. Airflows vary between individuals but also from one performance to another for any one person. “There is such a diversity in the airflow associated with our breathing or speaking or singing,” Bourrianne says.

The performers found the study challenging as well. “It was very daunting, because I had to sing the exact same way each time,” says Angel Blue, a soprano with the Met who participated in the study. Mortimore had to stand against a wall and twist into shapes not conducive to piccolo-playing. “The lab was clearly not set up for concerts,” Mortimore says.

Despite the challenges, the study had some clear perks. Bourrianne, an opera fan, requested the singers perform particular pieces. Sometimes that was for a scientific reason, such as tracking the air emitted by a certain sound. But, “I have to confess,” he adds, “sometimes [we made requests] also for our own pleasure.”

During singing, the investigators found, exhaled air slowly escapes, staying within roughly four to six inches of the singer before dissipating. Only a few situations produced fast and strong air jets capable of traveling up to a few feet or so: singing consonant sounds with an almost closed mouth, and exhaling between bouts of playing, particularly for oboe players. Oboe players release only a small amount of air while playing and then, between notes, rapidly exhale all the air left in their lungs, Bourrianne says.

In the past, airborne disease transmission was incorrectly blamed on the larger droplets produced by coughing and sneezing, rather than the aerosols traveling with the air. Stopping transmission was thought to be as simple as washing your hands and disinfecting surfaces to get rid of lingering droplets. But superspreader events at the start of the Covid-19 pandemic, particularly among choirs who stood close together and likely had less breath control, showed otherwise, Bourrianne says. To stop airborne spread, you need to focus on where the air goes.

Thinking about airflow is new to the performers, too. Blue was well aware of the large droplets produced by singing. “As an opera singer, you fully expect for your colleague to get some particle on you, be that saliva or—sometimes colleagues clear their noses on stage,” Blue says. But she hadn’t thought about the exhaled air. “It was kind of cool to marry the music with the science and actually be able to see, ‘Wow, look at that, when I play, all these aerosols come out,’” Mortimore says.

The results of the study have reassuring implications. “Although on average, the musicians and singers were exhaling more slowly, what they were exhaling has been shown in other studies to have a higher load of aerosols,” Hertzberg says. “But because it’s slower, it’s not necessarily going to go further in the room.” In other words, audience members don’t need to worry about catching Covid-19 or the flu from performers in a well-ventilated room, because the air can’t travel the distance between the audience and the stage.

“The risks are much higher from people in the audience around me than they are likely to be from musicians,” Hertzberg says. The best way to combat that risk is to wear a mask, which is no longer required for audiences at the Met.

In more intimate venues, musicians can play with a mask over the end, or bell, of the instrument, Bourrianne said. This works best for instruments like the trombone or the clarinet, where most of the air escapes through the bell. But it wouldn’t help the flute or piccolo, where most of the exhaled air flows across the mouthpiece, Stone says.

For the musicians themselves, the best way to stay safe is to play in well-ventilated rooms and let the air clear out between rehearsals. And it wouldn’t hurt, during practice sessions, to add some extra social distancing around the flute, piccolo and oboe players.

As our understanding of airborne diseases continues to grow, it’s clear safety should take center stage.