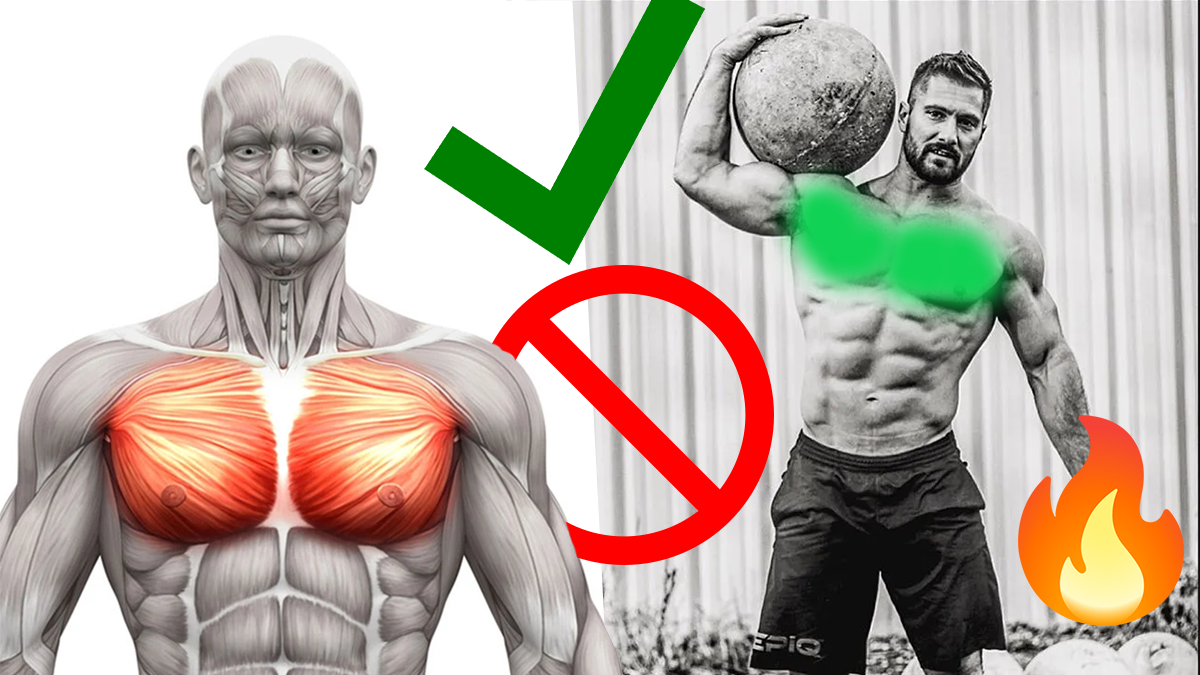 Check out the order from these chest exercises ranked best to worst using science.

They have been chosen and organised in a unique and interesting format by Jeremy Ethier.

“Here’s Betty: a $12,000 EMG machine who is going to help us determine what the best chest exercises for growth (from upper chest to middle chest to lower chest exercises) ACTUALLY are. EMG stands for electromyography, and it’s a way of measuring the electrical activity produced by muscles when they contract. To make sure I run this experiment evaluating my list of chest exercises as best as possible so that we, and you, could actually trust the data (i.e., that these are the best exercises for a bigger chest), I called up a few colleagues and they led me to John, a Master’s student specializing in EMG.”

“It was time to prep the experiment to find out what the best chest exercises for growth really are—and think about all the variables we had to control. First variable: subjects. Everyone’s bodies are slightly different, and the more subjects in the study, the more reliable the data. So, I wanted at least 3 subjects in total. Luckily, we had Alex and Raza. Raza is more of a beginner so I thought it’d be interesting to see how his results compare to mine and Alex’s.”

“Next, weight. we had to figure out how much weight we’d be using on each chest exercise to ensure that they were equally as challenging. A week before the test date, we all spent a whole day in our gym and figured out our estimated “1 rep max” for each exercise. On test day, we’d use 70% of this weight for each of the exercises.”

“Plus, we came up with a wager. Before we conducted the experiment to find out what the best exercises for a bigger chest are, the three of us wrote down on a piece of paper what exercises we think will end up being the top 2 for each area of the chest. Once we got the results, we’ll compare them to each of our lists and the person who gets the least exercises correct will be dunked into a human body sized Canadian Tundra Death Trap!”

“Here are all the chest exercises we tested:”

“Note: with several variables and just 3 subjects, it’s hard to detect any statistical differences. That said, I did average the data and found some really interesting findings that align with a lot of other research.”

“So, let’s start with the best upper chest exercises. The top two exercises were both incline dumbbell presses, just at different bench angles. We tested 15 degrees, 30 degrees, and 45 degrees. The lower inclines of 15 degrees and 30 degrees came out on top.”

“Next, middle chest exercises. The first winner is the decline dumbbell press, but not the typical version you see at the gym. We used just a very slight elevation by placing a weight plate underneath the front of the bench. Usually this helps emphasize the lower chest the most. But to my surprise, it did an excellent job of activating the mid chest for all 3 of us. The other winner was the seated cable fly. In this case we put the cable handles at chest height.”

Who Won the Wager?

“Who got dunked? Watch the video! That said, I got really emotional during the ice plunge. After hitting 100,000 subscribers on YouTube, I founded Built With Science which stemmed from a bigger vision I always had in mind: to build a legacy that would bring a more scientific and research-backed approach to the fitness industry and weed out the BS and “bro-science” that plagues the industry. This little science experiment was a big step towards realizing that. I’m excited for where this leads and I appreciate you joining me on this journey.

The Perfect Back Workout

The 8 Best Exercises for a Wider Back

The 12 Best Lat Exercises for Strength and Muscle Growth

Most Scientific Way To Train Your Back

How to Train Back Width vs Thickness

The chest is a large and complex part of the human anatomy. It plays a major role in many daily activities and is also home to some of our most important internal organs.

The pectoralis major is a large, fan-shaped muscle that extends from your shoulder blade down to the upper portion of your chest. It flexes (bends) the arm, adducts (moves toward the centerline of the body) and medial rotates (moves inwardly toward midline) the arm, and depresses (lowers) and stabilizes the scapula (shoulder blade).

The pectoralis major has two parts: sternal head and clavicular head. The sternal head originates on top of your sternum (breastbone), while the clavicular head attaches beneath it at about where your collarbone meets your sternum. Both heads fuse together near their attachment at teres major in order to form a single muscle belly—the largest one in all of human anatomy.

The pectoralis major attaches via tendons to three different bones: humerus at its upper end; clavicle below; and scapula near its middle point just below where it meets deltoid muscle group at back of arm bone (humerus).

The pectoralis minor is a small muscle in the chest that usually lies between the pectoralis major and serratus anterior muscles.

This is why it’s sometimes called the “hidden” muscle of chest. The pectoralis minor works to move the scapula forward and downward, which leads to protraction of your upper arm (your arm moves out).

The serratus anterior is a muscle that runs from the lower 8 ribs to the scapula. It is primarily involved in arm abduction and protraction, but also acts as an accessory muscle during shrugging.

In this article, we have discussed the muscles of the chest. We also looked at their functions and how they work together to help you move your limbs.

The exercises described above will give you more insight into how to choose the right ones for your needs and training goals.