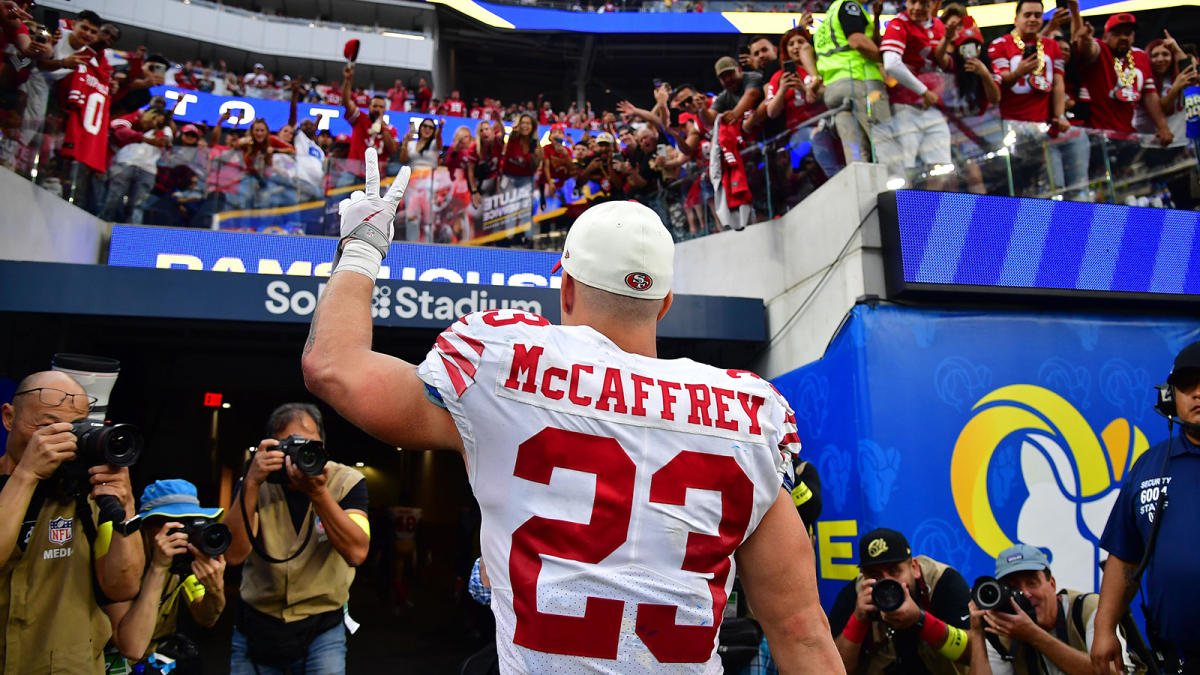 Christian McCaffrey elevated his dual-threat abilities into a triple-threat when he showed off his quarterback skills with a touchdown pass to Brandon Aiyuk in the 49ers’ 31-14 win over the Los Angeles Rams in Week 8.

But there’s another important element he brings to the game of football that goes beyond his talents on the field.

It’s no secret that McCaffrey is a great athlete, but he’s an even better person.

McCaffrey’s relationship with his coaches, past or present, and their families makes coaches like Matt Rhule want to be in his corner forever, no matter what jersey he’s sporting.

Rhule, who coached the Carolina Panthers from 2020 until he was fired five weeks into the 2022 NFL season following a 37-15 loss to the 49ers, joined NFL Network’s “Good Morning Football” on Tuesday and talked about the special relationship he had with McCaffrey during their respective tenures in Carolina.

“He’s a great person. Obviously, me getting fired, that’s hard. I got fired on Monday or Tuesday, the next week, my wife and son were flying out to see the Penn State game and Christian walks into the airport,” Rhule explained. “As my wife, who has the players over and then goes through that separation, it’s hard because she doesn’t get to say bye to anyone. And then my son, who was a ball boy for the last three years, he’s fired too.

“And Christian walks in, sees my wife and son in the airport and walks right up to them, hugs my son, hugs my wife, tells them he loves them. He was going to San Francisco. That’s who he really is. And that’s why I’ll be a fan of him forever.”

Just when it seemed like McCaffrey couldn’t be a more likable player, it’s stories like that that make you realize it’s so much bigger than football.

Rhule continued to rave about McCaffrey, saying he’s “the most coachable player” because of his willingness to continue to learn and get better.

San Francisco pulled off the blockbuster trade for McCaffrey because the organization felt he could be a difference-maker.

And he has been exactly that and more for the 49ers just four weeks in.

“I think he’s the missing element. We had a chance to play them with Deebo Samuel, [George] Kittle, Aiyuk, they have so much talent out there. You saw Elijah [Mitchell] last night, they can run the football. Probably one of the best O-lines in football. Christian is just that added piece. [The Arizona Cardinals] tried to match a linebacker up on [McCaffrey] on third down, and it’s a first down. They tried to play a safety on him, play a little light, then they can run the football on you. He’s going to allow them to win playoff games.”

That’s the goal for McCaffrey and the 49ers, but it’s nice to know that his greatness on the field doesn’t end when he walks off of it.