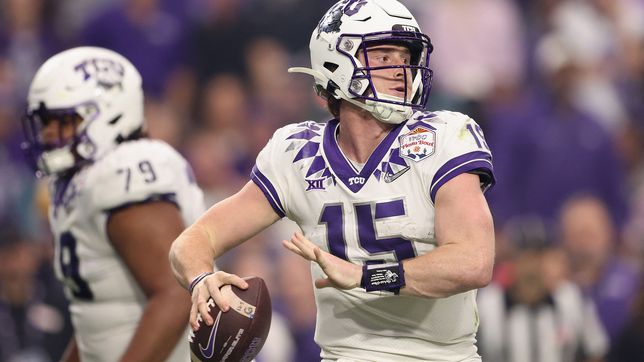 If you are a football fan, then you know which one you would rather have. The Vince Lombardi trophy is the pinnacle of the NFL, but a college national championship is the true king of the hill.

With 32 teams across only 22 states, more than half of the USA has no NFL team that they can call their own. The franchise model only complicates this further, with teams simply upping sticks and heading across the continent seemingly at will, local favor is always more in tune with the colleges. It makes sense when you consider the origins of the sport as an amateur, scholastic endeavor.

For generations, the notion of a national champion was a controversial one, with regional and conference bowl games pitting top teams against the best available opposition, it was often in dispute who was actually the “champion”.

This dispute was brought into sharp relief by the 2005 USC Trojans, who lost to the Texas Longhorns in the Rose Bowl, ruining in their eyes their chance to three-peat as national champions. The problem arose when LSU fans pointed out that the Tigers had in fact won the 2003 national championship, taking out billboards around the USC campus to drive the point home.

Ripe for a change, the NCAA tightened their belt on the Bowl Championship Series, which had been around but largely ignored since 1998. It was discontinued in 2014 and replaced with the College Football Playoff. And with the new playoff bracket to decide the champion, a trophy was needed.

That same year, the College Football Playoff National Championship Trophy was unveiled and it offers the winner something far more substantial than simply pride. At 26.5 inches tall and 35 pounds, the oblong-shaped trophy tapers into a flattened full-size football at the top.

Made of 24-karat gold, bronze and stainless steel, the trophy depicts a four-laced football, representing the four teams competing in the playoffs.

A special visit to @WESH today,
The National Championship Trophy!

Fans will be able to view and have their photo taken with the trophy that will be awarded to the 2020 College Football Playoff National Champion at 2 Walmart locations tomorrow. Colonial and John Young Pkwy pic.twitter.com/TM4RVHEGF1

The trophy is separate from its 12-inch-tall bronze base, so it can be hoisted. The base alone weighs 30 pounds and is sponsored by Dr. Pepper at a cost of $35 million a year.

The reigning champions are the Georgia Bulldogs, and are looking to repeat when they face the TCU Horned Frogs on the 10th of January at Los Angeles’ SoFi Stadium. So few have managed back-to-back wins, but the 14-0 Bulldogs have the best shot in a long while.