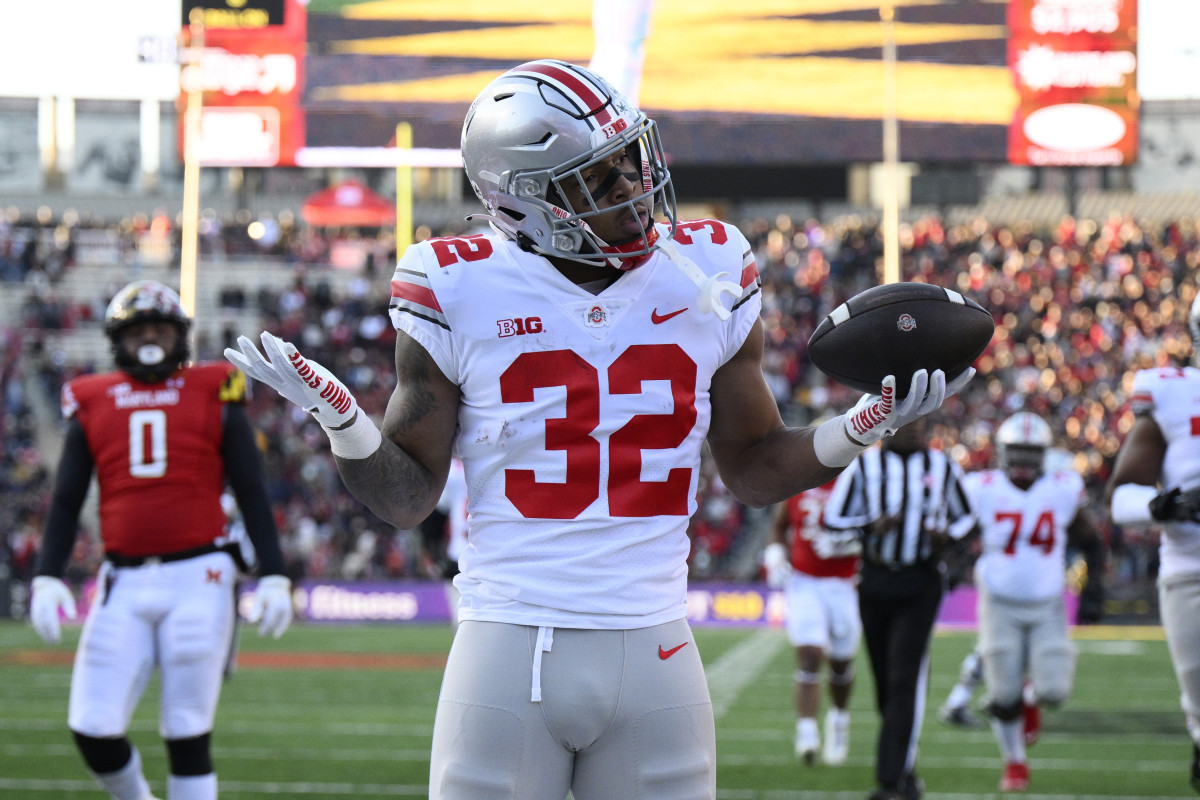 Tennessee is out, blown out, which shrunk the pool of College Football Playoff contenders. The rest of the CFP top five survived and advanced, in largely shaky fashion, but that’s immaterial at this point. We have reached the “Just Win, Baby,” portion of the schedule for the four teams that are still undefeated.

There are two games to go for six of the seven remaining contenders, just one left for the loser of Michigan-Ohio State. We’ll see how much that proverbial “13th data point” ends up meaning. But before then, we’ll see what kind of upheaval Rivalry Week might be able to wreak upon the process.

Let’s get on to the Good, the Bad and the Ugly of the latest College Football Playoff rankings:

LSU seems all but assured of a spot in the playoff if it wins out, beating Texas A&M Saturday and upsetting No. 1 Georgia in the Southeastern Conference championship game. The 9-2 Tigers at No. 5 remained ahead of 10-1 USC (No. 6). CFP selection committee chairmen Boo Corrigan pointed out that the LSU-USC comparison has been a “dominant conversation” that has been discussed “over and over and over again.”

But most importantly for LSU, the eviction of Tennessee from contender status removes the potential roadblock to the Tigers making it as the SEC champ. Had Tennessee finished 11-1 with a 27-point win over LSU in Baton Rouge, a case could have been made that the Volunteers were more deserving than the Tigers. But that’s a cold case now, closed by South Carolina in routing the Vols.

The committee clearly likes what it’s seeing from LSU as the year has gone on. “We’re looking for growth during the course of the season, and LSU since that loss to Florida State and the way that they’ve played and the way they’ve continued to improve, the win over Alabama, the convincing win over Mississippi are two things that we’ve really looked at,” Corrigan said.

In comparing LSU and USC, Corrigan added, “One area we still have questions on is the strength of the defense of USC, and looking at it in its entirety, we believe that LSU deserved to be ranked 5 and SC 6.”

Clemson (10-1) is still hanging around at No. 8 — one spot behind two-loss Alabama, but will have two better resume-enhancing opportunities ahead than the Crimson Tide’s season-ending game against 5-6 Auburn. It’s not likely, but certainly not impossible, for a 12-1 Tigers team to slide in at No. 4 with wins over South Carolina (7-4) and North Carolina (8-3).

The Tar Heels had a bad loss Saturday but remain solidly in the Top 25 at No. 17. And while Clemson lost one ACC opponent from the rankings (North Carolina State), it gained one in the team that beat the Wolfpack (Louisville moved in at No. 25). There was some conjecture that South Carolina could vault in with the blowout of Tennessee, but that didn’t happen.

Clemson’s best path to the playoff would include losses by Michigan, TCU and USC, but it might not need all that. If two of the three lose and the Tigers win out, the opportunity could be there. But the selection committee clearly is not sold at this stage.

Michigan is the most at-risk team of the upcoming rivalry weekend. The Wolverines (11-0) are No. 3 but a solid underdog at Ohio State, and they could fare poorly in a one-loss resume contest with two or more conference champions with 12 wins (USC, TCU, Clemson). Michigan’s much-discussed non-conference schedule can be the disqualifying factor — although a competitive loss in the Horseshoe might mitigate that.

Ohio State, on the other hand, would have greater schedule strength as a one-loss team thanks to a season-opening victory over Notre Dame. The Buckeyes could afford a loss Saturday more than the Wolverines.

One factor for both Ohio State and Michigan: their victories over likely Big Ten West winner Iowa aren’t resonating. The Hawkeyes remain unranked by the committee, as does the rest of the West. (That includes the other two contenders to win that motley division, Purdue and Illinois.)