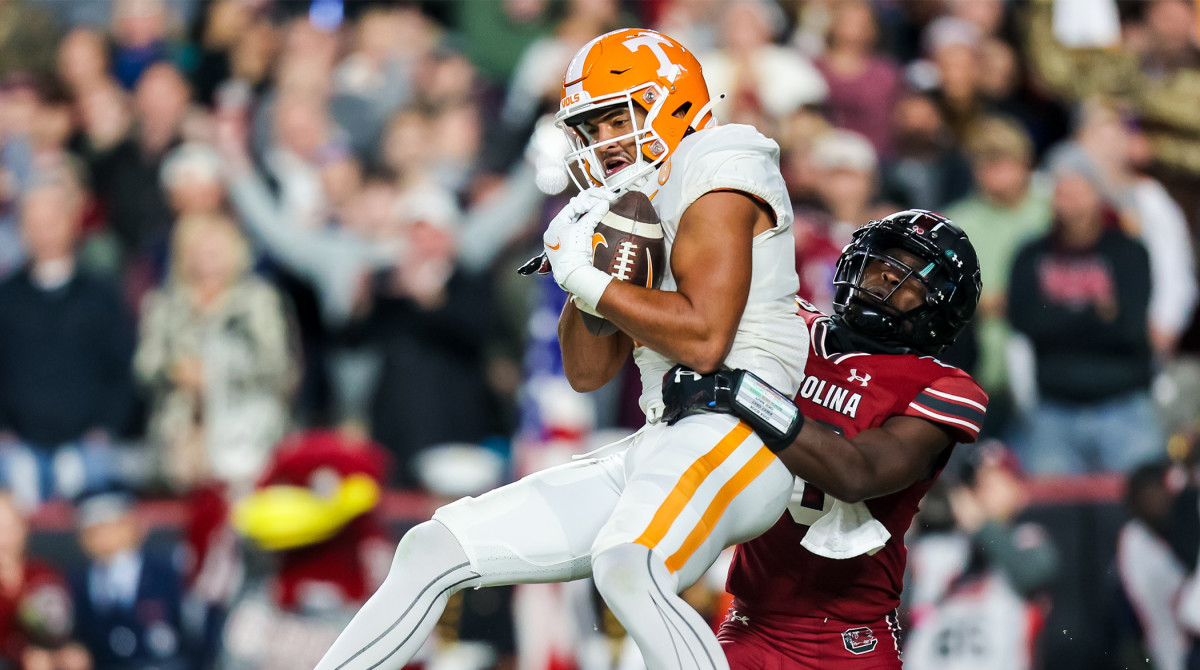 Thanksgiving is almost here, meaning we’re getting closer to the College Football Playoff and bowl season.

The CFP committee released its fourth set of rankings Tuesday, and while the top four unsurprisingly stayed unchanged, there were plenty of shakeups in the other 21 slots. Week 12 saw a few scares, such as Michigan barely surviving Illinois, TCU edging past Baylor in thrilling fashion and USC squeaking past crosstown rival UCLA.

Tennessee and Ole Miss were the biggest movers in this week’s rankings. The Vols dropped five spots, and the Rebels slid six positions. While much debate ensued regarding two-loss LSU again checking in ahead of one-loss USC, at No. 5 and No. 6, respectively, CFP chair Boo Corrigan said the committee favored LSU’s best wins and strength of schedule more than USC’s victories.

AP Top 25 Rankings: Tennessee Drops to No. 9 After Blowout Loss to South Carolina

College Football Playoff Rankings Reaction: The Good, the Bad and the Ugly

LSU, at No. 5, is tied for the second highest ranked two-loss team this point in a season or later.

Clemson, a one-loss team that was No. 9 and one spot behind Alabama in last week’s CFP rankings, now sits at No. 8 and remains behind the Crimson Tide heading into this week’s slate of games. Despite the Tigers having a better record against teams over .500 this season than Alabama, the committee gave the Tide the higher ranking.

“That [Clemson] 35-14 game against Notre Dame continues to be a part of the discussion,” Corrigan said. “Defensively, Clemson got some dudes up front that are making plays, but we saw Alabama being No. 7 and Clemson at No. 8.”

No. 3 Michigan is preparing for a pivotal matchup at No. 2 Ohio State on Saturday, marking the ninth time two of the top three CFP teams will play during a regular-season game aside from conference championships.