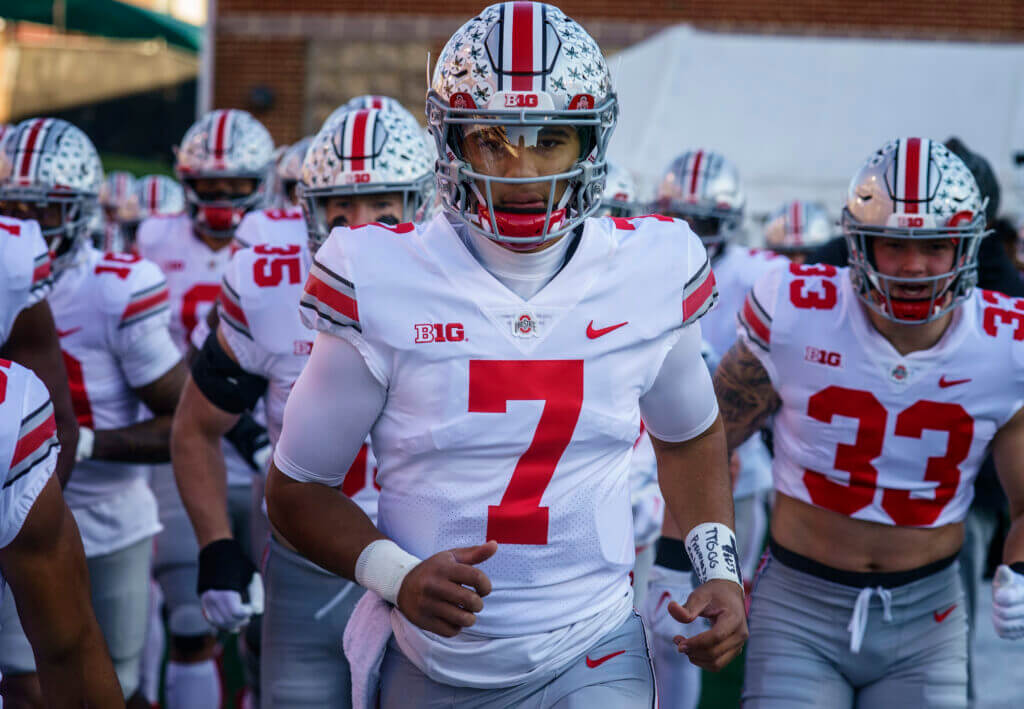 Michigan or Ohio State will lose Saturday. Who stands to benefit the most?

LSU was a surprise at No. 5 ahead of No. 6 USC, as those roles had been reversed in the AP poll. The Tigers go to Texas A&M this Saturday before playing Georgia in the Dec. 3 SEC title game. Would a two-loss SEC champion — with wins over current No. 1 Georgia, No. 7 Alabama and No. 20 Ole Miss — have a strong enough resume to be chosen over a one-loss Pac-12 champion? It would appear so, based on Tuesday’s rankings.

USC has remaining games against No. 15 Notre Dame (Saturday) and a ranked opponent in the Pac-12 title game (Dec. 2). But the Trojans may need some help in the form of an LSU loss these next two weeks.

Of course, if TCU loses one of its next two games — against Iowa State and against either Kansas State or Texas in next week’s Big 12 title game — this could be a moot discussion point. – Fortuna

Can any team outside the current top-6 get into the Playoff?

It seems unlikely, but No. 8 Clemson isn’t completely out just yet. Michigan or Ohio State will lose at least once, as they play each other this weekend. And if TCU, USC and LSU lose one game apiece, that would mean four of the six teams ahead of the Tigers would presumably fall behind them, assuming Clemson beats South Carolina this week and No. 17 North Carolina in next week’s ACC title game.

Who has the inside track for the Group of 5’s New Year’s Six bid?

Tulane re-took the top spot among Group of 5 teams this weekend, moving up from No. 21 to No. 19 after beating SMU and watching UCF fall to No. 22 after losing to Navy. The Knights had been No. 20 last week, which led all Group of 5 teams. Cincinnati is ranked for the second straight week, moving up from No. 25 to No. 24. The Green Wave visit the Bearcats on Friday, with the winner hosting the American Athletic Conference title game the following Saturday, Dec. 3.

The loser of that game will fall to 6-2 in conference play. If both UCF and Houston win this Saturday, they would also be 6-2 in conference play, creating a three-way tie for second place in the AAC. The conference title game participant would then be the highest-ranked team in the most recent CFP rankings that wins in the final week, which would be UCF.

The AAC title game winner would likely then end up as the highest-ranked Group of 5 team, earning the automatic New Year’s Six bowl berth. – Fortuna