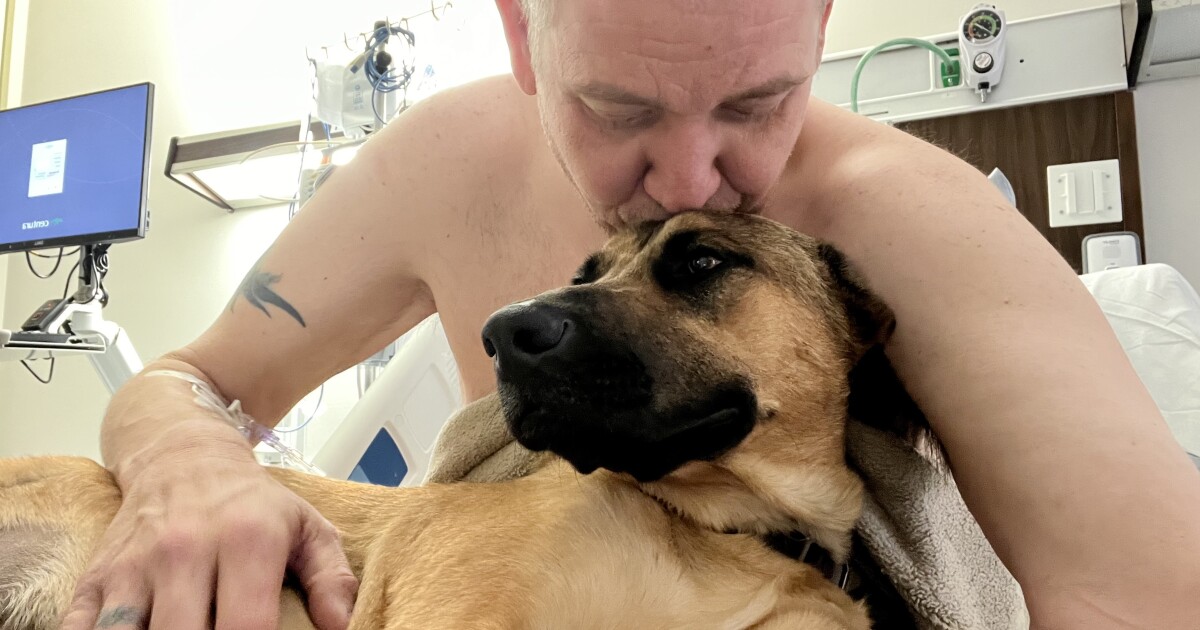 Over the years, he’s donated his time, skill and materials to several community projects. During the pandemic, he made free carpentry kits for kids to give them something to do while being stuck at home.

“We distributed 18,000 kits ourselves, that was local pickup as well as what we shipped out. We gave up counting after about 120,000 kits worldwide in over 20 countries,” he said.

He’s moving a little slower these days, but to be moving at all makes him grateful. He is on week three of getting used to his new prosthetic leg.

In February, he woke up and his entire right leg was numb. He went to the emergency room, where doctors ran tests.

Dozens of surgeries later, his left leg is likely saved, but the right leg had to be amputated.

“I went from a guy who was tending to cattle and working in a wood shop every day to bed bound,” said Powell.

After being out of work for months and having medical bills pile up, there are more challenges ahead for Powell and his family. A quote from his late father keeps coming to mind.

“”Teach, always teach. If you must, use words.” It was the most profound thing I’ve ever heard in my life. And it’s how I try and allow my actions to be guided when I think that can be done,” said Powell, “I have a leg, I’m trying to get back out into my community as much as possible, and get back to being active with my kids at school — all those things that are important to a person. But there’s a lot of folks in my position that are unseen.”

He said in the future, he hopes to work with patients who have been forced to make a similar major life adjustment.

“Peel back a little and give yourself the same consideration that you would give a stranger. Be kind to yourself. Allow things to play out, then figure out your new normal, and then execute with purpose. That’s the important part: execute with purpose,” Powell said.

Health insurance did not cover the entire cost of Powell’s medical treatment. His family has set up a fund to help get them back on track. If you are interested in donating, click here.

“I will just keep paying it forward the best I can. Where I feel I can do some good, I’ll attempt to do so,” said Powell.

What do you want Denver7 to follow up on? Is there a story, topic or issue you want us to revisit? Let us know with the contact form below.