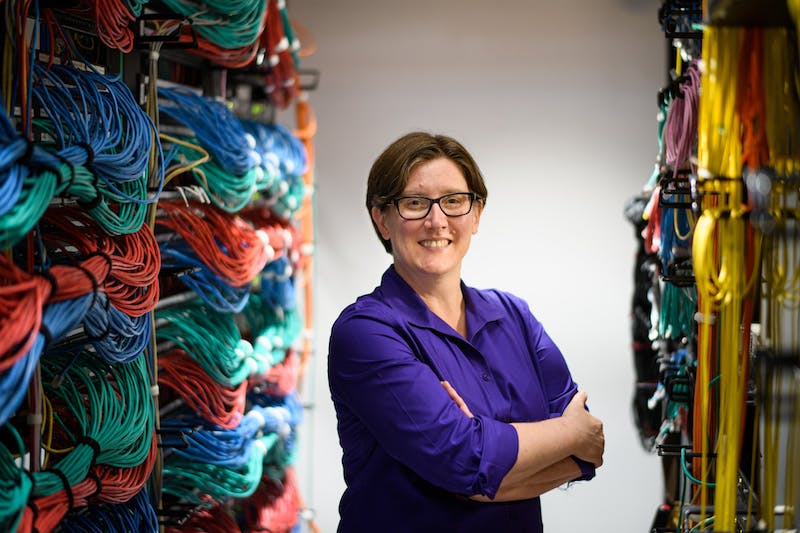 Jennifer Rexford ’91, chair of the Department of Computer Science, will serve as Princeton’s 14th provost, according to an announcement released by the University on Tuesday, Nov. 22. She will assume the post in March 2023 following current Provost Deborah Prentice’s departure to serve as the Vice Chancellor at the University of Cambridge.

The Office of the Provost oversees academic policies and financial support for the University, and the Provost also fills in for the President as a “general deputy.” University President Christopher L. Eisgruber ’83 served as the Provost from 2004 until his appointment to the presidency in 2013.

Before joining the University’s faculty in 2005, Rexford worked at AT&T Labs for eight years. Since assuming her role as the chair of Computer Science, the department has grown from 117 graduates in 2015 to 172 in the class of 2022, a roughly 32 percent increase over the past seven years. ​​

“Princeton is a place where I grew up both as a student and a faculty member, so it feels very rewarding to have a chance to give back and at a much larger scale,” she said in the University statement.

Rexford received her B.S.E. degree from Princeton in 1991 and then earned a Ph.D. in electrical engineering and computer science from the University of Michigan in 1996. Her appointment comes after Eisgruber said in an interview with The Daily Princetonian that the “rebuilding and fortifying” of the School of Engineering and Applied Science is his top priority over the next five years.

The units within the Office of the Provost include academic affairs, institutional equity and diversity, institutional research, international affairs and operations, resource planning, and space programming and planning.

Rexford declined a request from the ‘Prince’ to be interviewed.

This piece is breaking and will be updated as more information becomes available.

Hope Perry is the head podcast editor and a staff news writer at the ‘Prince’ who has covered USG, U.S. politics, and student activism.

Get the best of ‘the Prince’ delivered straight to your inbox. Subscribe now »