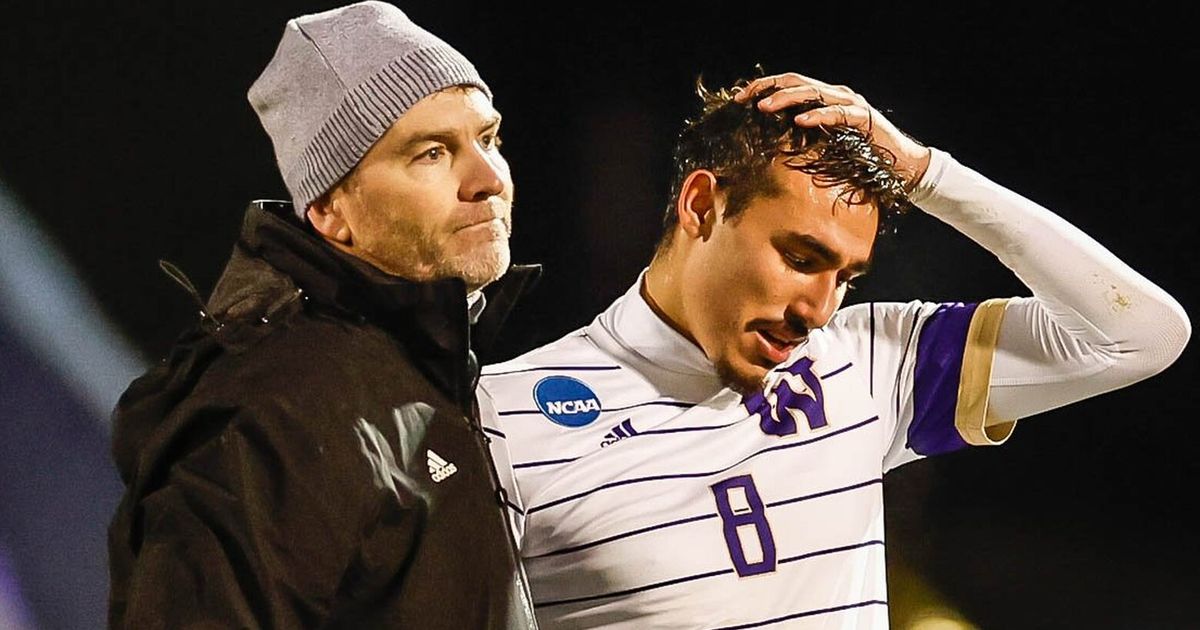 Time and again this season, the Washington men’s soccer team found a way to win close games en route to being ranked No. 1 in the nation and getting the second overall seed in the NCAA tournament.

But when it mattered most Sunday night, it was Creighton that came through at Husky Soccer Stadium, getting a pair of goals from Duncan McGuire in the final seven minutes to send Washington to a shocking 3-1 loss.

The Huskies (15-2-3) were also the No. 2 overall seed in the NCAA tournament last season and made it to the title game, losing 2-0 to Clemson.

UW thought it had a team that could win it all this season, but Creighton spoiled that.

The Huskies controlled the action for most of the second half and coach Jamie Clark thought his team was in a great spot.

But then, in the 84th minute, McGuire got a shot past UW goalkeeper Sam Fowler. Gabe Threadgold had a chance to save it just before it got past the goal line. He got his foot on it but the ball went straight up and hit the bottom side of the cross bar before going into the net.

The Huskies went into offensive mode and created one good chance before a counter attack by Creighton saw McGuire get behind the UW defense. He took advantage, giving Creighton a huge insurance goal in the 86th minute. It was McGuire’s second goal in a span of 86 seconds.

“In the second half, it was one-way traffic I felt, and I felt it was only a matter of time before won the game,” Clark said. “One transition coming off a throw-in gets us. The third [goal], it is what it is … It was just one of those things. We were knocking on the door, and I thought we were going to get it.”

The Bluejays (11-4-6) defeated Missouri State 2-1 in the first round while the Huskies had a bye. Because of that, Clark expected Creighton to be tough in the opening half. And that proved true.

Washington played much of the first several minutes in its own end, with keeper Fowler making a couple of nice saves.

The Husky offense then made its mark in 10th minute. Ilijah Paul delivered a perfect pass to Kalani Kossa-Rienzi in front of the net, and Kossa-Rienzi rifled a shot past Creighton goalkeeper Paul Kruse.

But Creighton, which entered the game with a nation-leading 55 goals, resumed its pressure and that was rewarded when Owen O’Malley scored from a few yards out to tie the score in the 21st minute.

That was the end of the scoring in the first half, with Creighton leading most of the statistics in the first 45 minutes. The Bluejays had 12 first-half shots to eight for Washington and they held a 6-3 advantage in shots on goal.

The Huskies looked like the better team for much of the second half, but a soccer match can change in an instant, and it certainly did Sunday night for Washington.

“We know they are one of the best teams in the country, and we were excited for the challenge,” Creighton coach Johnny Torres said. “We were coming in to play a very, very strong side — the No. 1 team in the country — and we knew that we had our work cut out for us. We wanted to be humble in our approach, and we wanted to make sure we left it all out on the field.”

Clark said there was a lot for his team to celebrate, including a Pac-12 title. The only loss, to Oregon State in the regular-season finale, came when UW rested some of its top players.

“They had a heck of a season,” Clark said of his team. “They didn’t have a sad weekend all year. They’re going to end their season sad, but everyone but one team [in the tournament] does. … There’s a lot to be thankful and grateful for and happy about. It was really an enjoyable fall.”