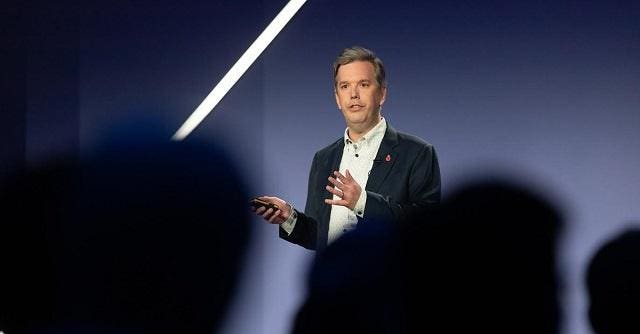 It’ll be a ‘busy’ year in low code. By busy, you can probably take that to mean noisy and clamorous in some circles, with technology vendors of every shape, size and specialism (i.e. not just the low-code & no-code purists) all pushing for so-called share of voice in this space with concoctions designed to represent low-code acceleration and automation advantages.

Five years ago we would not have heard niche enterprise software players in the petrochemicals Field Service Management (FSM) application market telling us they had low-code know-how. This year, that will probably happen.

The shift to connectivity

At the pure-play end of the low-code market the emphasis is perhaps less focused on ‘yep, we do that too’ and more on connectivity, accessibility, integration and enablement.

Process automation low-code platform and tools company Appian appears to have taken the ‘connected possibilities’ concept forward with its Appian Data Fabric offering. Formerly known as Appian Low-Code Data, the organization has aligned with analyst house Gartner’s concept of the data fabric, which it defines as, “A design concept that serves as an integrated layer (fabric) of data and connecting processes.”

As such, Appian Data Fabric enables users to connect applications to data in any third-party system with no data migration processes or the need to use Application Programming Interfaces (APIs).

The connectivity special sauce here manifests itself as a key feature i.e. when a user makes changes to the data in the systems it lives in, those changes are immediately reflected in the applications in which that data resides. The fabric concept here is clear enough. If you made changes to your outdoor gear and put an additional Gore-Tex all-weather membrane inside your coat and sprayed it with Scotchgard, you (or indeed anyone else) would automatically feel better protected.

The work to drive (and let’s say weave) Appian Data Fabric into its platform surfaces in the release of Appian 22.4, inside which the company has streamlined codeless data modeling to a higher degree than before and made it easier to add reference data to applications. Appian says it has also made it easier to examine a data model by adding more information about where data comes from before then letting users expand the data model diagram, so it’s easier to visualize.

The rise of process automation

Bullish about the prospects for process automation enabled via the low-code advantage, Appian says it anticipates saving its customers over $100 billion annually, a figure which it will no doubt increase in future forecasts. Throughout 2022, Appian ran some 68 billion process automations on its platform. In technical terms, a process automation can be said to be individual actions within a process, which would ultimately form an element of some higher-level workplace workflow involving both people and machines.

To explain process automation again, this is an element of an IT system capable of (for example) logging into another system to find or input data, sending an email to chase down relevant data, or perhaps updating multiple systems. Appian says that when these one-off inefficiencies are automated billions of times, the savings add up.

According to Appian, “We’ve been working towards a revolutionary data infrastructure for years. This is a revolution in productivity. This is an economic revolution, a breakthrough made possible by the convergence of complementary process automation technologies.”

As part of its total approach to process automation, the company will this year (2023) release a specific service for the insurance industry. Appian Connected Underwriting will enable insurers to accelerate the underwriting process and improve the customer experience by reducing time to quote and quickly integrating disparate data sources to create a single 360-degree view.

By combining process mining with workflow and automation, Appian explains that it is enabling users to rapidly mine Appian-based workflows to improve efficiencies and continuously optimize them. The company has also recently announced two other new features in ‘beta’ release form i.e. available on at an advanced prototype level, often just to a selected group of users and still in some stages of development before final release candidate status and Release To Manufacturing (RTM) on the wider market.

These new services include a ‘savings scorecard’ that tracks and reports on the success of an organization’s process optimizations. By tracking savings over time, a business can monitor progress and highlight savings to management.

Appian users can now also accelerate their ability to mine data directly from Appian applications. Process mining typically requires significant data transformations, so with Appian Records, users can get hold of data with the click of a button. The suggestion here is that organizations will be able to spend more time discovering insights and less time manipulating and wrangling with data.

Into the new low-code motherlode

If we had to write the ‘what low-code did next’ story as of now at the start of 2023, we would surely be putting the rise of process automation and the drive to automate more intelligently orchestrated API-connected application functions in there as the lead characters. This is the manifesto that Appian has used to explain and validate its development roadmap thus far – and as new industry and use-case-specific deployments now come to the fore, the story will no doubt unfold further.

One almost wonders, are these themes for connectivity to other sources and the more holistic total approach to process automation the key part of Appian’s so-called revolutionary data infrastructure strategy that will elevate this low-code specialist above the low-code hangers-on and pretenders?

Appian founder, CTO and CMO Michael Beckley says that, “Yes, that’s a large part of it – and the Appian Data Fabric completes our vision of firms being able to access all the data they need, but now being also able to work with data in all the different ways required. With our data fabric approach, organizations are able to eliminate database code, but wider… they are also able to eliminate the need for data tuning because the data fabric handles the autonomic optimization of a system data throughput to support the applications and services an organization operates.”

Beckley explains further and says that the Appian Data Fabric enables customers to combine information from different internal and external data sources that an organization does not necessarily even control.

“Without the Appian Data Fabric at the helm of an organization’s information plane, a business is able to access both low-code and no-code functionalities to optimize the performance in ways that were never previously possible. This is the last critical point for next-generation data technology and it does indeed allow us to differentiate ourselves from other vendors out there, who are not able to offer an end-to-end data platform solution for modern distributed businesses today,” added Appian’s Beckley, speaking in a press briefing this January 2023.

The takeaway Appian would like us to go with here is simple – this is a good time for embracing the whole data fabric concept, not least because we are in a global economic downturn time where banks (for example) will need to make more risk-averse decisions and also be able to work in tighter regulatory environments in terms of compliance and, crucially, being able to implement a compliance framework with a more holistic data fabric beneath is a more comfortable proposition. While banking, financial services and insurance are key industries here, there is relevance across all business verticals from automotive to petrochemicals to life sciences retail and onwards and outwards.

This sector of the IT industry is still growing, hugely, but higher-level process automation and connectivity trends are now surfacing in the low-code & no-code motherlode.