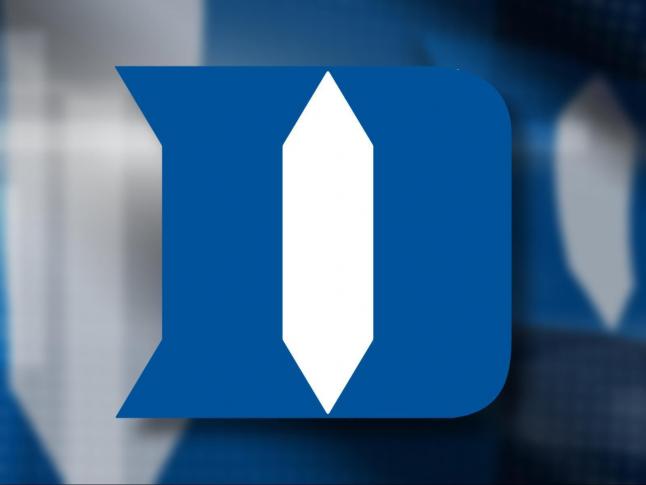 Durham, N.C. — The Blue Devils men’s soccer team opened their NCAA Tournament on Sunday afternoon, advancing to the Sweet 16 with a 3-1 win against Denver at Koskinen Stadium. Duke, the seventh-overall seed in this year’s tournament, used goals from Peter Stroud, Shakur Mohammed and Kamran Acito to power past the Pioneers in the second-round matchup.

The Blue Devils opened their ledger quickly, with Peter Stroud converting from the penalty spot just 5:14 into the match.

Shakur Mohammed notched his 10th goal of the 2022 season less than 10 minutes later, volleying a bouncing ball through several Denver defenders and into the back of the net at the 15:09 mark.

Denver halved the Duke lead in the 34th minute off a penalty kick.

The second half saw both teams trade possession in the middle third in a back-and-forth start to the second 45 minutes of play.

Kamran Acito doubled the Blue Devils’ lead in the 65th minute, heading in his first goal of the season courtesy of an assist from Ruben Mesalles set up by Cameron Kerr.

Denver’s offense continued to test the Duke defensive unit, forcing Eliot Hamill to make two of his eight total saves in a span of less than two minutes.

Duke held the Pioneers without a shot on goal for the final 15 minutes of play to help secure the victory.

Shakur Mohammed notched his 10th goal of the season and now has 22 total points, a team high.

The eight saves made by Eliot Hamill matched his career-high and set a new season-high for saves in a game.

Kamran Acito, fresh off his ACC Freshman of the Year recognition, scored his first goal in a Duke uniform.

Peter Stroud scored his second goal of 2022, with both coming via penalty kick.

The Blue Devils have now won at least one NCAA Tournament match in seven consecutive appearances.

Duke converted on all three of its shots on goal, the first time it has done so this season.

“Tough old game in the playoffs. It’s never going to be going exactly to plan. Our time off was evident, we had a few cobwebs although we got off to a good start, but you could tell that we were just out of sync a little bit at times. But we regrouped well and organized at halftime a little bit more of our press. Denver is a formidable team. They’re not as high up rank-wise for no reason. They’ve got some strength in every part of the field. And they gave us a run for our money and credit to their team and their coaching staff. They did a great job.” – Duke head coach John Kerr

“When you have so long off, you can train all you want and try and replicate those situations. But I mean, they brought it and that’s something they’re really good. I think that’s something that we discussed, is how hard they work and how physical they are. And not only can they play, but you have to match that first, and some moments we did and some moments we didn’t. Fair play to them, and I think we did sort of it out by the end of the second half.” – Peter Stroud on Denver’s physical style of play.

“As a goalkeeper, you hope to have a quiet game. But yeah, I think it’s good. It keeps you sharp … Denver was a great team. They were ranked really high at the end of the season and ended up not getting seeded and that’s why we ended up playing them but they’re a very good team. Very good going forward … they were great. So, you know, staying sharp and it’s good. Would have loved to have a clean sheet and most importantly the guys in front of me were defending like their lives depended on it. And that’s something that we really focus on, so it was good to see that.” – Eliot Hamill on getting back in a rhythm after a long break between games.

Duke returns to Koskinen Stadium for a third-round match against either 10th-seeded FIU or New Hampshire. First touch is scheduled for 1 p.m. on Sunday afternoon. Fans can also stream the game live on ESPN+.