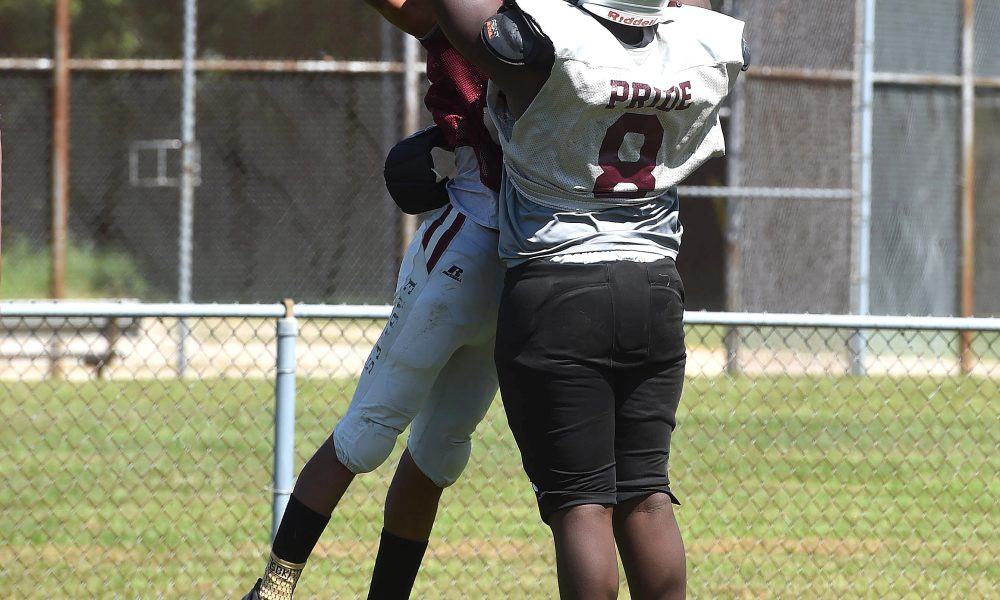 UPPER CHICHESTER — Erskine Wilson started to get concerned before Chichester’s football summer camp began. The Eagles had lost a player to injury during wrestling season the previous winter, and lost another during basketball season.

Then a potential defensive contributor hurt his knee during a spring student/teacher game. So when injuries deluged the team in the fall, Wilson’s bad vibes merely intensified.

Unlike most teams enduring a rough campaign, the Eagles get one more chance to write a new ending, when they visit Sun Valley Thursday morning in the 54th installment of their holiday rivalry.

It’s an opportunity that coach Ed Buck says his team has taken to heart.

“That’s what we talked about in the last game,” Buck said. “We had a month to lick our wounds, to get things back together. I think we’ve had good practices to be here. We’re just hoping it pays off.”

Chi’s numbers are still down due to injuries, though the Eagles rebounded slightly into the low 30s for a practice on Monday (during which another player had to be helped off the field while Buck was being interviewed). But that’s crucially higher than the 25 or so they had as attrition picked players off during the season.

It’s no surprise, then, that the results haven’t been great. Chichester (1-9) has lost eight straight games. It has scored just nine touchdowns all season for a total of 65 points; the only multiple-score game was a 32-30 setback to Penn Wood on Oct. 15. The lone victory came over Cardinal O’Hara in Week 2, a 7-3 decision before the cavalcade of casualties worsened.

Wilson was the hero that day, scoring on a 31-yard reception with 53 seconds left in the game, one of five touchdowns he has this year.

“I look back at that game all the time,” Wilson said. “I look through film and I’m like, we don’t even play like that anymore.”

There’s a fine line between excuse and explanation that the Eagles have to walk. Wilson sees it as a responsibility, not just in how his role has expanded but in knowing he has to bring his A game all the time. If players don’t, that’s how they get caught in “the trap” that Wilson describes, and it’s how guys are more likely to get injured.

But it also means there are things the team just can’t do because of lack of time and manpower.

Wilson has made adjustments. He’s been more vocal, especially with younger teammates, making sure they know when they’re doing something wrong but also reinforcing the things that they’re doing correctly. After shifting from tight end to wide receiver this year, he’s also moving back from linebacker to safety for the finale.

“I’ve never played safety in my life,” he said. “I’m there and doing it for the team.”

Sun Valley (5-6) is looking for its first .500 season since 2016, when the Vanguards went 6-6. This one would feel considerably different: Then, Sun Valley started 6-1 and lost its last five, including a 14-10 Turkey Day setback at Chi. As for a winning season, the Vanguards last experienced that in 2006.

Getting back to even would be ahead of schedule for Ernie Ellis, in just his second year as head coach. Being more of a factor in the Ches-Mont League is Ellis’ ultimate barometer, and the progress there is promising at 3-4, though the gap to the league and District 1 Class 5A elites remain. He’s seen more of a sense this year that his players, “are starting to believe that they belong” in the league, and a .500 record would be a boost.

Not that Ellis, a Sun Valley grad with a staff stocked full of alums, needs any extra motivation for this game.

“This game always means a lot, regardless of record,” he said. “I feel like this class really exploded. We were gradually growing and this year I feel like at certain times, it was like we kind of jumped ahead by a few years’ growth.”

Wilson would love for his teammates at Chi to have that kind of feeling, too, beginning with this finale.

“I feel like I’m going to take advantage of this, put my best out there,” he said. “Look good, get some film and make sure my teammates have something to build off of next year.”