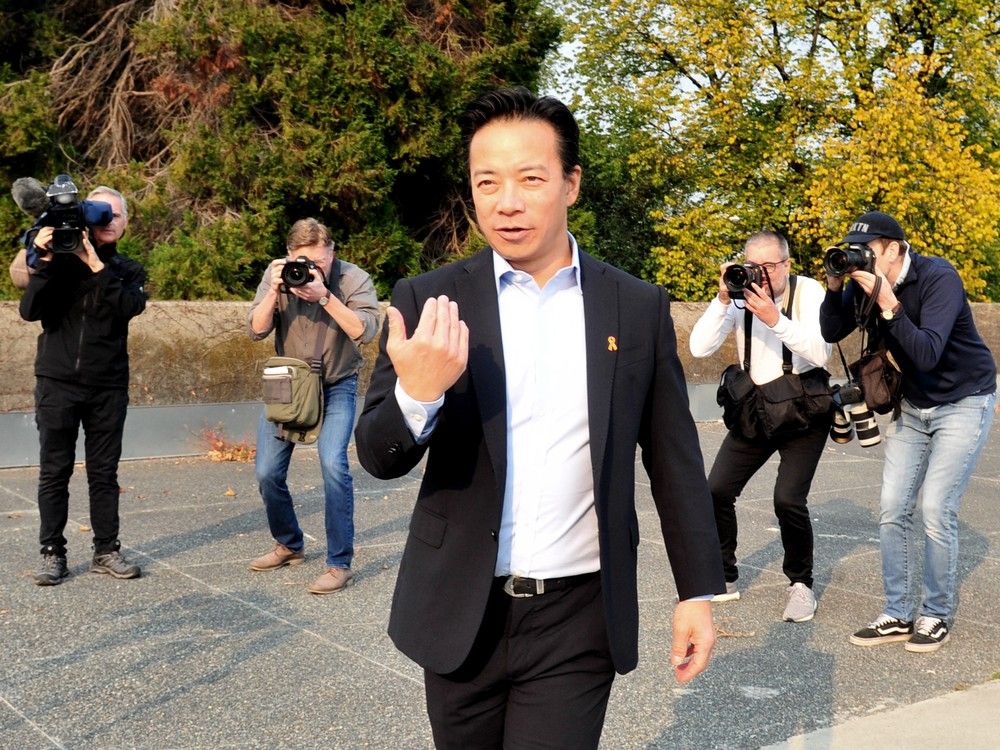 In the U.S. polls are run constantly into the political preferences of voters based on ethnicity, in addition to gender, age, religion and other demographics.

Race-based politics has long been established in multi-ethnic cities like Chicago, New York and Miami. American pundits have also analyzed how religion and ethnicity combine, particularly since 1960 when 80 per cent of Catholics of European descent voted for John F. Kennedy.

The next issue of Vancouver Sun Informed Opinion will soon be in your inbox.

With people of Hispanic, Black and Asian origins now accounting for more than 80 million Americans, politicians are not the only ones who find it valuable to keep up with scientific polling.

Polls generally show two thirds of Hispanic Americans vote Democrat, while one third lean Republican. Only one in 10 Black voters are Republican and just 26 per cent of Asian-Americans. About one third of people of European descent cast ballots for Democrats, and just over half go Republican.

Canadians are more shy about how ethnicity connects to politics. We don’t often learn about surveys that probe how minority groups tend to think about political issues.

When I’ve asked Canadian politicians if their party conducts private polling on ethnicity, they all say, of course they do: Race-based strategies are crucial to any campaign. But no party has ever handed me their internal data.

Political scientist Shinder Purewal of Kwantlen Polytechnic University has had a similar experience. “I’ve spoken to a number of pollsters and they’re very reluctant to give ethnic numbers, while they’ll give numbers in general.”

One recent exception to this hands-off Canadian approach was a poll by YouGov, which revealed that Indo Canadians lean liberal-left. More than 38 per cent of respondents said last year they would cast a vote for the Liberals — twice the number that planned to go with the Conservatives.

This fall, a Leger poll for Postmedia detailed how ethnic groups would affect October’s tide-shifting elections in the cities of Vancouver and Surrey.

Understanding the hopes and fears of ethnic groups can be a big political deal. In the city of Vancouver, 44 per of the population is of European descent, 20 per cent is of Chinese descent and 14 per cent are of South Asian descent. Indo Canadians are the largest group in Surrey, at 38 per cent compared to 33 per cent who are of European descent.

The Leger poll found the eventual winner in Vancouver, Ken Sim, who highlighted how he would be the city’s first Chinese Canadian mayor, appealed to 21 per cent of those of European ancestry, 15 per cent of South Asian voters and 35 per cent of those with Chinese roots.

Meanwhile, defeated mayor Kennedy Stewart — who was the last of an amazing streak of seven Vancouver mayors in a row of Scottish ancestry — appealed to 12 per cent of European-descent voters, 21 per cent of Indo Canadians and only five per cent of those of Chinese background.

Surrey was a different scenario. There, the three mayoral candidates who received the most votes are of European ancestry: Brenda Locke, Doug McCallum and Gordie Hogg. McCallum, the incumbent, did best in the districts that are overwhelmingly Punjabi, Purewal said.

“That tells you that people are actually paying attention to what politicians have to say, what they stand for,” Purewal said. “Many don’t care what (ethnic) flock you’re from.”

In Vancouver, what issues drew voters to Sim?

Housing affordability came out the top worry when Leger’s respondents named their top three issues: But that concern ran equally across ethnic lines.

Property taxes and spending were Vancouver residents’ third biggest issue, particularly since council had sharply increased both under Stewart’s guidance. Sim promised to be fiscally prudent, which would be important to ethnic Chinese voters, 36 per cent of whom cited taxation as a leading issue compared to 26 per cent overall.

Policing, public safety and crime was the fourth big issue. And Sim’s promise to hire 100 more police officers would have also played well with Chinese Canadian voters, 30 per cent of whom worried about crime compared to 25 per cent in general.

Sim also played down themes that Stewart and his council had pushed hardest — such as climate change, and especially social justice, equity and First Nations reconciliation. These were of low concern to all voters, particularly to those of Chinese background.

Such trends suggest to Purewal that, even while Sim often cited the scourge of anti-Asian racism and campaigned strongly through Chinese-language media outlets, he and his ABC party didn’t win simply because he was Chinese Canadian.

“I would say the vast majority voted for him because they agreed with his plan.”

What of Surrey, B.C.’s second largest city? South Asians in Surrey, many of whom are foreign-born, were significantly more likely to rank housing affordability as a top worry, at 56 per compared to 38 per cent of people descended from Europeans. And Indo Canadians were the least likely to zero in on homelessness.

Even though the Leger poll initially suggested Surrey mayoral candidate Sukh Dhaliwal was the favourite of South Asians, the support did not carry the day for him. Locke and McCallum, who came in a close second, were able to draw votes from both South Asians and those of European descent.

A similar lesson about the value of cross-ethnic appeal can be taken from growing Richmond, B.C.’s fourth most-populous city.

Mayor Malcolm Brodie has been winning elections there for 21 years, despite people of European ancestry now being only 20 per cent of the population, down to 40,000 from 68,000 in 2001. Purewal said Brodie has cultivated the loyalty of a solid portion of the 113,000 Richmond residents of Chinese origin.

Sometimes race-based politics can burst into controversy, as it did this fall in Los Angeles, where a national furor erupted after top Latino politicians were caught in a secret recording making crude, racist remarks about Black rivals and voters. Similar things can happen in Canada.

But for the most part, U.S. and Canadian politicians don’t appear to take advantage of ethnic-based data to manufacture wedge issues: They simply see ethnic differences, as well as similarities, as fundamental factors to understand.

Let’s hope most North Americans politicians try to balance their desire to appeal to voters from specific ethnic groups with a larger commitment to social harmony.