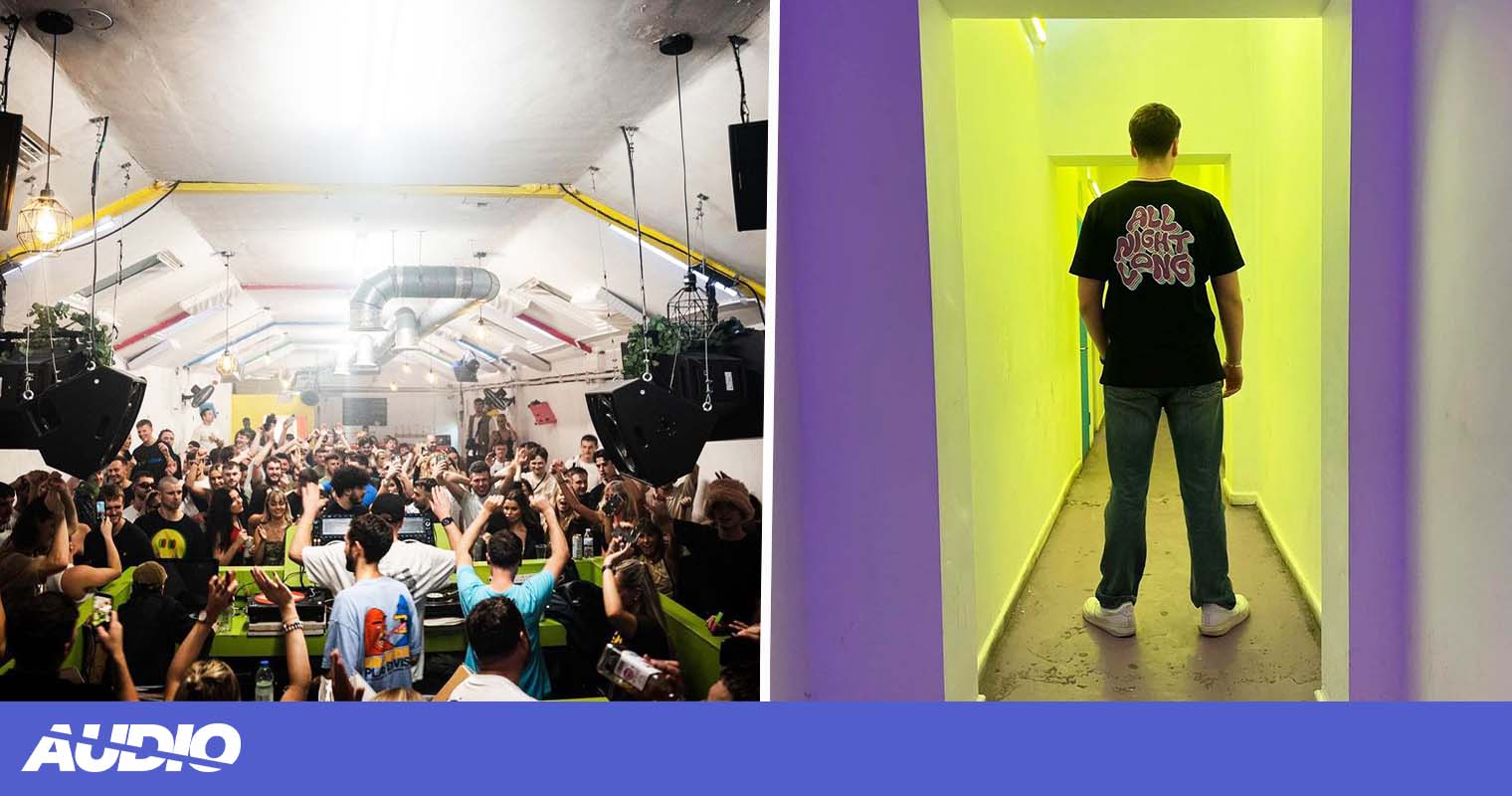 As part of the event, The Loft – recently named Resident Advisor’s Club of the Week – will be transformed into an art gallery for one day only.

Set inside a warehouse-style nightclub on an industrial estate in Miles Platting, PALOMA will be part exhibition, part rave: shining a light on the young local talent busy capturing the world of underground clubbing – as well as day-to-day life in and around Manchester.

As for the artwork on show, those heading down can expect to see works from DJ curator Jordan K Joseph, Stockport-based photographer, Annie Woodall, Documcr AKA Harry Flaherty, Abbie Fowler, Rhianna Austin, and Egle Bidvaite.

From work by Lithuanian native Egle Bidvaite, known for capturing the extraordinary fashion of underground queer raves and hidden moments of blurry nights, to photographs from Jordan K Joseph, whose style and artistic direction are informed by his love for music and the underground clubbing world, music and art lovers will find plenty to explore across the day.

Elsewhere, there will be work on display by Annie Woodall, who captures scenes from her day-to-day life in South Manchester, and signature postcards from Abbie Fowler exploring the realms of photojournalism and landscape photography, all captured exclusively in film.

Read more: Aitch makes surprise appearance with N-Dubz in Manchester and fans did not cope well

Documcr, AKA Harry Flaherty (the first collaborator of PALOMA.) creates art that brings to life
familiarities of places and faces we know, and experiences we share, whilst Rhianna Austin will be bringing her varied style of photography, focusing on people in places whether that be incorporated within landscapes or nightclubs. Her main goal, to highlight a sense of beauty in any setting.

Taking place on 26 November, The Loft will be transformed for the day with one hundred free Paloma cocktails on offer to those first through the door, courtesy of tequila brand El Jimador.

Read more: Andy Burnham is doing another DJ battle – this time with The Warehouse Project 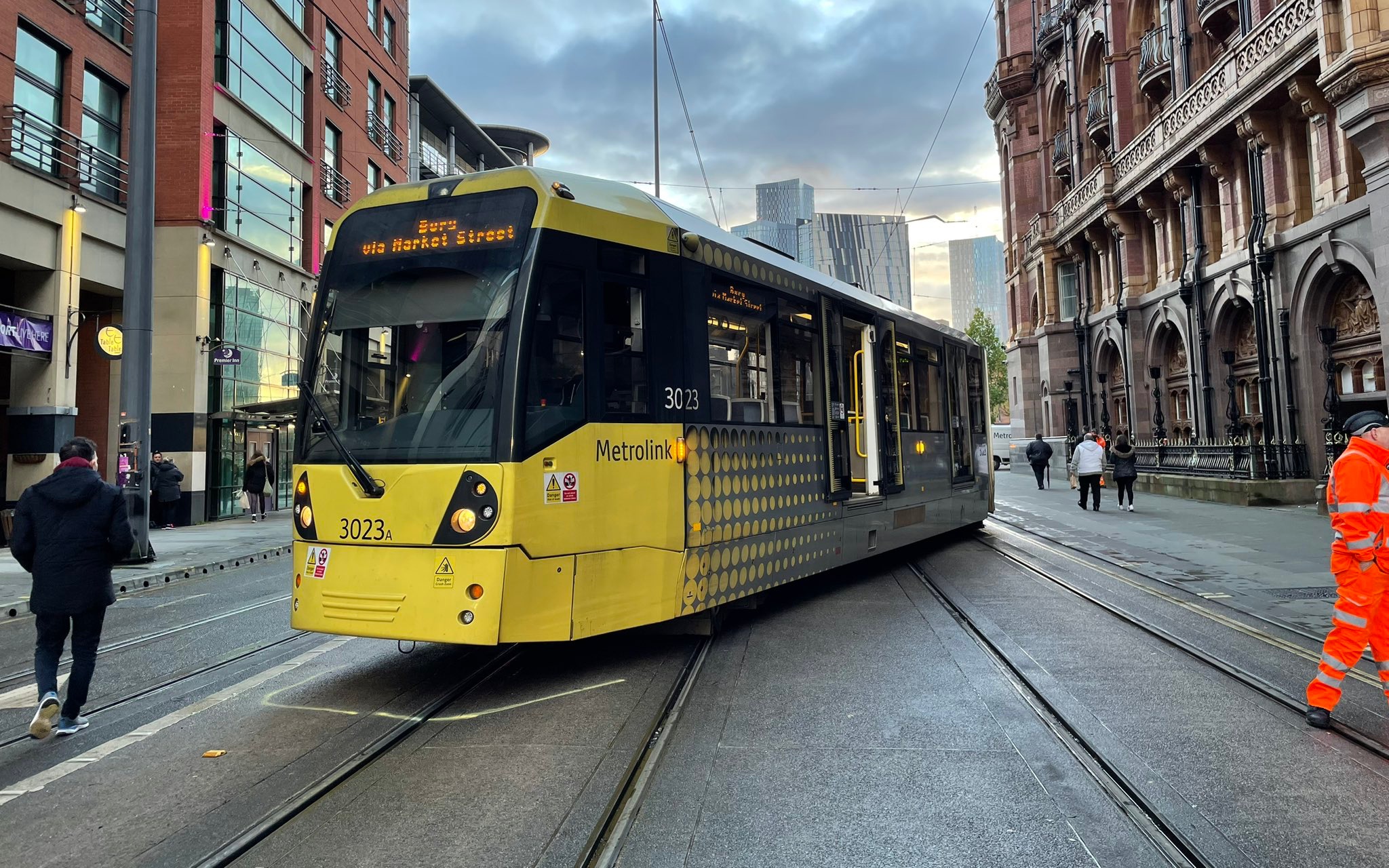 The two-carriage tram was reported as having come off the tracks alongside Lower Mosley Street, just outside the Midland Hotel on Wednesday afternoon.

The double-service to Bury via Market Street became stuck across two tracks as it was approaching St Peters Square, leaving passengers stuck on board as they waited for instructions and to be allowed to safely disembark.

Metrolink have simply described the incident as a ‘failed tram’ and have now warned commuters of travel disruption to a number of lines this afternoon.

Tweeting shortly after the tram derailed, the travel company informed passengers that services in and around Manchester city centre will be impacted for the foreseeable.

They are also yet to announce how the derailment occurred and how long delays will last.

They confirmed that the lines will operate as follows:

Rail replacement bus services have already been dispatched, helping provide a backup option for those travelling to the likes of the Trafford Centre, from Deansgate-Castlefield to Piccadilly and numerous other lines.

Transport for Greater Manchester and bus operators like Stagecoach have confirmed they are accepting tram tickets in order to board various services.

This is the second time a tram has derailed in less than two months, with a similar incident occurring outside the Piccadilly Bus Station back in September.

Be sure to keep an eye on Metrolink’s social media channels for live updates.

Masked-up Manchester rapper Meekz has announced the details of his ‘Can’t Stop The Come Up’ tour, which will see the artist play an intimate hometown show at Manchester Academy 3.

Taking over the 470 capacity venue for one night in 2023 as part of the mini-tour, which also sees him play shows in London and Birmingham, fans will have a rare chance to see Meekz up close in a personal setting.

Earlier this year, the local heavyweight performed at the BRIT awards alongside UK rap champions Dave, Fredo, Ghetts and Giggs – giving a live rendition of his unforgettable verse on Dave’s ‘In the Fire’ to a mainstream audience of millions.

Meekz also impressed at Parklife festival last year, playing on the main stage to a crowd of thousands.

Now, he’s announced he’ll be pulling out all of the stops on tour – ending with a special homecoming show in the new year.

Taken from his highly anticipated debut mixtape Respect The Come Up, which has just been released, Meekz has announced himself as the scene’s next superstar.

The 10-track project includes pre-release singles ‘Respect The Come Up’ & ‘More Money’ and seven brand new songs, plus a remastered version of ‘Take Losses’ – the 2018 cut which helped launch his career after the buzz it created on SoundCloud became too loud to ignore.

Meekz has established himself as one of UK rap’s brightest, most intriguing talents, who slices through the frost of street boasts and menace with moments of profound introspection.

His music evidently resonates with people on a grand scale: Meekz’s work has racked up 250 million streams to date and he’s approaching 100 million streams on Youtube, with 200,000 subscribers locked into his channel.

Tickets for the new live dates go on sale at 10am on Thursday 24th November and will be available from www.gigsandtours.com and www.ticketmaster.co.uk.