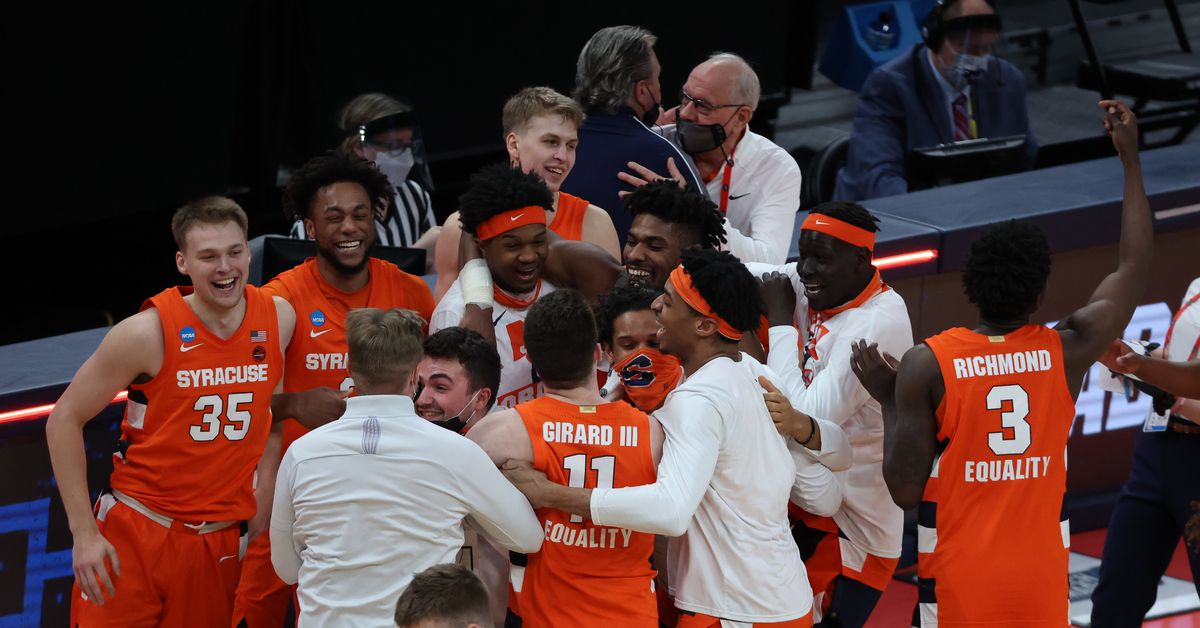 With the Syracuse Orange looking as though they might be excluded from the NCAA Tournament for the second straight year, fans might be interested in the latest NCAA recommendation.

The NCAA Transformation Committee made a number of recommendations this week. While there are some great inclusions (four-year scholarships, allowing schools to provide unlimited meals to athletes, and post-career health insurance/degree completion for example), the focus was on the post-season tournaments.

New: The D-I Transformation Committee is recommending that NCAA championships include 25% of each sport’s participants. Plus, the formation of sport-specific management committees + new requirements regarding medical care & coverage for athletes.

Any time you talk about expanding March Madness you get a lot of “why would you ruin a good thing”. That’s a valid argument because it’s one of the highlights of the sports year.

On the other hand, if the expansion is done as some have suggested you can make the event even better. Getting to 80 teams could open the door for more mid-majors than you’d think and if you put the auto-bid winners in the final 64, you set up the play-in rounds to serve a bigger importance.

Having more recognizable programs competing to advance in early games is going to draw more television attention. It’s also going to put a greater emphasis on the regular season because those teams who are seeded higher are going to face teams on shorter rest. It also allows for smaller conferences to have their champions get the full March Madness experience at the regional sites (no offense to Dayton).

Of course the fear that extra spots will go to Power 5 leagues is legitimate and warranted but as the Gasaway link shows, those leagues are already getting the benefit of the final at-large spots. Adding more schools is going to help the mid-majors get deserving teams a shot. We keep the Cinderella stories. We get even more excitement…..maybe we even sneak Syracuse in a couple more seasons when they’d be outside looking in.

Television revenue means expansion is going to happen, the challenge will be letting people other than P5 commissioners figure out the logistics.