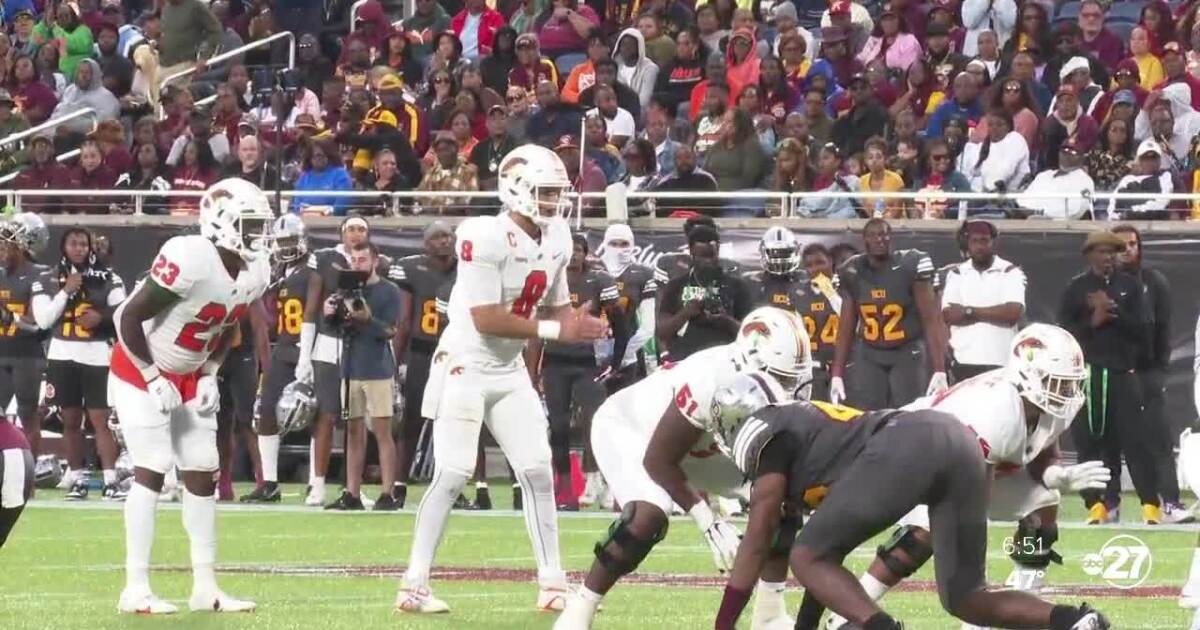 The NCAA’s selection show for the 24-team field was held Sunday afternoon.

The Rattlers finished the 2022 season with a record of nine wins and two losses.

The two losses were to undefeated Jackson State (11-0), who are set to play in the Southwestern Athletic Conference (SWAC) championship game Dec. 3 and the University of North Carolina, a member of the Football Bowl Subdivision’s (FBS) Atlantic Coast Conference.

FBS is considered the highest level of college football in the NCAA as FBS teams have more scholarships to offer to student athletes and other resources than football programs in the FCS.

In both losses early in the season, FAMU was shorthanded as least 20 players were deemed ineligible by the NCAA because of academic compliance and other issues.

Since the beginning of the season, FAMU did have some of those players return to play.

FAMU said Nov. 15 it had submitted a bid to host an FCS playoff game if they were selected to the tournament, but the Rattlers were not selected.

Florida A&M University President Larry Robinson, Ph.D. expressed his disappointment with the Rattlers being left out of the FCS Playoffs in a statement Sunday afternoon following the selection show.

“We are all disappointed that Florida A&M University wasn’t selected for the NCAA Football Championship Subdivision (FCS) Playoffs. However, we are appreciative of our outstanding 9-2 season and finishing second in the Southwestern Athletic Conference (SWAC) Eastern Division,” said Robinson.

“I want to thank Coach Willie Simmons, the coaches, and the Rattler football team for finishing strong as Florida Classic Champions for the second year in a row with a 41-20 victory over our rivals Bethune-Cookman University. I also want to thank Rattler Nation for your strong support of another stellar football season.”

“Obviously a very disappointing day for our program after getting word that we didn’t get invited to the FCS playoffs,” Simmons said in a video published to social media Sunday afternoon. “My heart goes out to these young men. They have fought for this program. They have done more than we ever asked. They did what they needed to do on the football field to show that they were deserving of an opportunity to play for a national championship.”

Simmons noted that he was proud of his team, hated the outcome for the FAMU senior football players, but was pleased the seniors got to end their college football careers with a win against rival Bethune-Cookman University in the Florida Classic Saturday in Orlando.