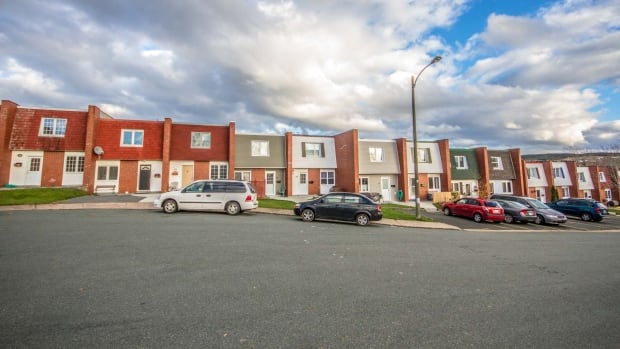 Robert Cooper has lived in a unit at the Brookfield Estates Condo Corporation in St. John’s for 32 years.

But after receiving a letter stating that unit owners will face hefty and unexpected hikes in condo fees, Cooper says it’s likely he’ll be leaving the place he’s called home for decades.

“I’m not in a position financially to pay that kind of money,” said Cooper. “I’m a senior citizen. I have a limited pension that I live on. I can’t afford it.”

Unit owners say they received a letter from Perennial Management, the company that manages Brookfield Estates’ properties, on Friday, stating the condo’s insurance premiums are increasing by more than 500 per cent this year.

Brookfield Estates held a special emergency meeting for all unit owners Tuesday evening to ask residents to vote on how they will cover the high increase in insurance premiums.

Margie Blackmore, who says she’s been living in a Brookfield Estates condo for just over five years, said the meeting which lasted just over an hour, was impassioned at moments, as many unit owners were still overwhelmed by the contents of the letter, Blackmore said.

“I know there was some heated comments and people were frustrated,” said Blackmore. “We didn’t have time to, you know, get together and seek out a lawyer or get any input.”

According to the letter, Tuesday’s special emergency meeting was held for residents to vote for one of two options.

One option would be issuing a “special assessment” of $2,600, payable in instalments and due in full by June 30, along with a monthly common element fee increase of $155 starting in April.

If a special assessment wasn’t approved by unit owners, the second option would be paying a monthly common element fee of $445 monthly starting April 1, 2023.

Cooper said he pays $120 a month, and more than tripling the fee would be incredibly challenging for him to cope with.

But rather than voting, Blackmore said the condo’s board is planning another meeting. She said many unit owners want more time to seek legal advice that could potentially identify other insurance arrangements.

She said both current options put a burden on condo owners like herself, because owners still have to pay for their own personal insurance to cover things, like leaky roofs, that aren’t under the purview of condo insurance, which she said mainly covers things like communal walkways and snow clearing.

“To say at this meeting that we were going to be given two options … it was just ludicrous,” she said. “It was pretty upsetting.”

In the letter sent to unit owners, Brookfield Estates said the reason provided by its broker, insurance company AON, for the insurance increases was a fire in one of the units in early October.

On Oct. 6, one unit suffered a “total loss fire” that also affected two adjacent units. A few weeks later, the corporation said AON told them its existing insurance policy would not be renewed because of the fire, but that it would be extended until mid-December.

The condo corporation was looking for insurance options when it received a renewal quote from AON for $364,523 plus tax.

Brookfield Estates said in the letter that no other brokers could provide a quote to satisfy 100 per cent property coverage. The corporation also said it investigated a change of structure from condominium corporation to a homeowners’ association but it would present challenges because there’s no template for such a process in Newfoundland and Labrador.

CBC News has asked Perennial Management and AON for comment.

Regardless of what happens, Cooper said he’s already thinking about next steps.

“I quite honestly don’t know what I’m going to do yet,” he said. “But I know I won’t be staying there.”