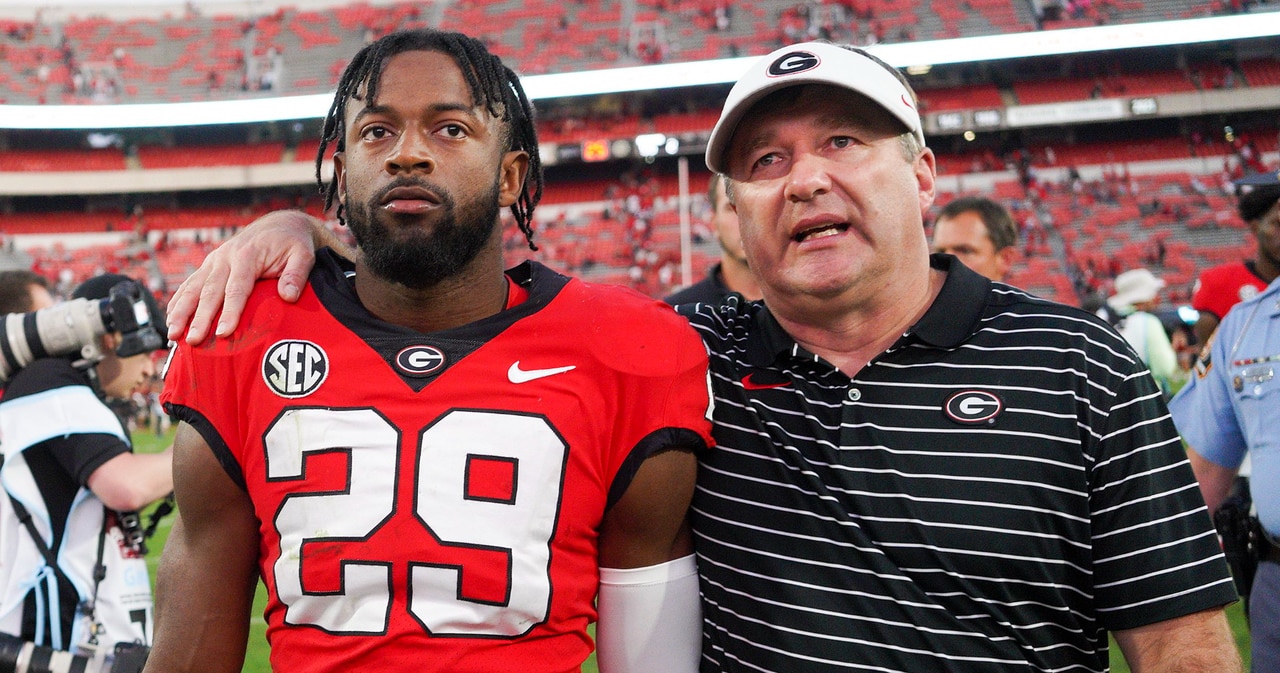 ATHENS — Georgia fans have plenty to give thanks for on this No. 1-ranked 2022 football team, starting with the head coach.

Kirby Smart is making his case for a place on the SEC football Mr. Rushmore alongside legends Paul “Bear” Bryant, Nick Saban and Steve Spurrier.

Smart and his Bulldogs recently became just the third program to go undefeated in back-to-back SEC seasons since the league split into division play in 1992.

UGA has also developed more NFL draft picks under Smart’s leadership than other collegiate programs over the past four NFL drafts, including last year’s record-breaking group:

Smart does not look back, however, and certainly not this week.

Georgia plays host to Georgia Tech at noon on Saturday.

The Bulldogs are a 35 1/2-point favorite, but UGA’s seventh-year head coach has been locked in on the Yellow Jackets, reminding everyone that “humility is always a week away” in football.

Smart pointed to the close calls Michigan and Ohio State had last week, and how Florida and Tennessee lost as heavy favorites in games against Vanderbilt and South Carolina.

“Reality is what you do on the field, and you control that by how you prepare,” Smart said. “I’m a lot more worried about preparation than I am probability.”

The reality is also that it has taken a complete staff and team effort for Georgia to be on the verge of another championship run and a place atop the SEC, passing Alabama.

Several players have stepped up at different times, from the most famous ($1 million NIL earner Stetson Bennett), to perhaps the most anonymous (Australian freshman punter Brent Thorson).

Here are the five most irreplaceable players on offense and defense this season:

A finalist for the Nagurski Award — the defensive Heisman — Smith is always on assignment and on-point with the open-field tackles.

The athletic Ringo is more dynamic than he is less perfect, showing a knack for big plays with an ability to match up with the bigger receivers.

This true freshman sensation leads the team in tackles (56) and PBUs (7), a stunning display of elite athleticism and player development.

Most every opponent starts its game plan with No. 19 circled, having to account for this unique and explosive offensive weapon. Bowers has 3 TDs rushing on four carries, including the longest run of the season (70), along with his 4 TDs receiving. Darnell Washington is second among tight ends with 24 catches for 392 yards.

Stetson Bennett doesn’t have to look over his back shoulder with the talented and yet still improving Jones in pass protection. Jones has lived up to his 5-star billing and could become a Top 10 pick with another season or opt to leave after this year.

UGA’s most versatile back since D’Andre Swift, UGA turned to McIntosh on fourth down with the game on the line at Missouri, and he carried the team in the slugfest win at Kentucky with 143 yards rushing. McIntosh leads the team in rushing (568 yards) and is third in receiving (33 catches, 341 yards). Daijun Edwards is second among the backs with 11 catches.

Georgia’s most explosive perimeter receiver, McConkey played through a painful foot injury early in the season and leads the team with 46 catches while averaging 9.6 yards on his 15 punt returns. McConkey also has the second-longest run of the season (70 yards). Marcus Rosemy-Jacksaint is second among the receivers with half as many catches (23).

The sixth-year quarterback has enjoyed his best season leading Georgia, throwing for more than 3,000 yards while also rushing for 7 touchdowns. Bennett improved his footwork and pocket presence in the offseason, and Todd Monken has devised an offense that plays to his strengths. The Bulldogs are unbeatable when the self-styled “Milkman” is at his best, and even when things have gone sour, Bennett has found a way.

RELATED: Bennett sells nickname in new NIL deal that takes him over $1 million in earnings