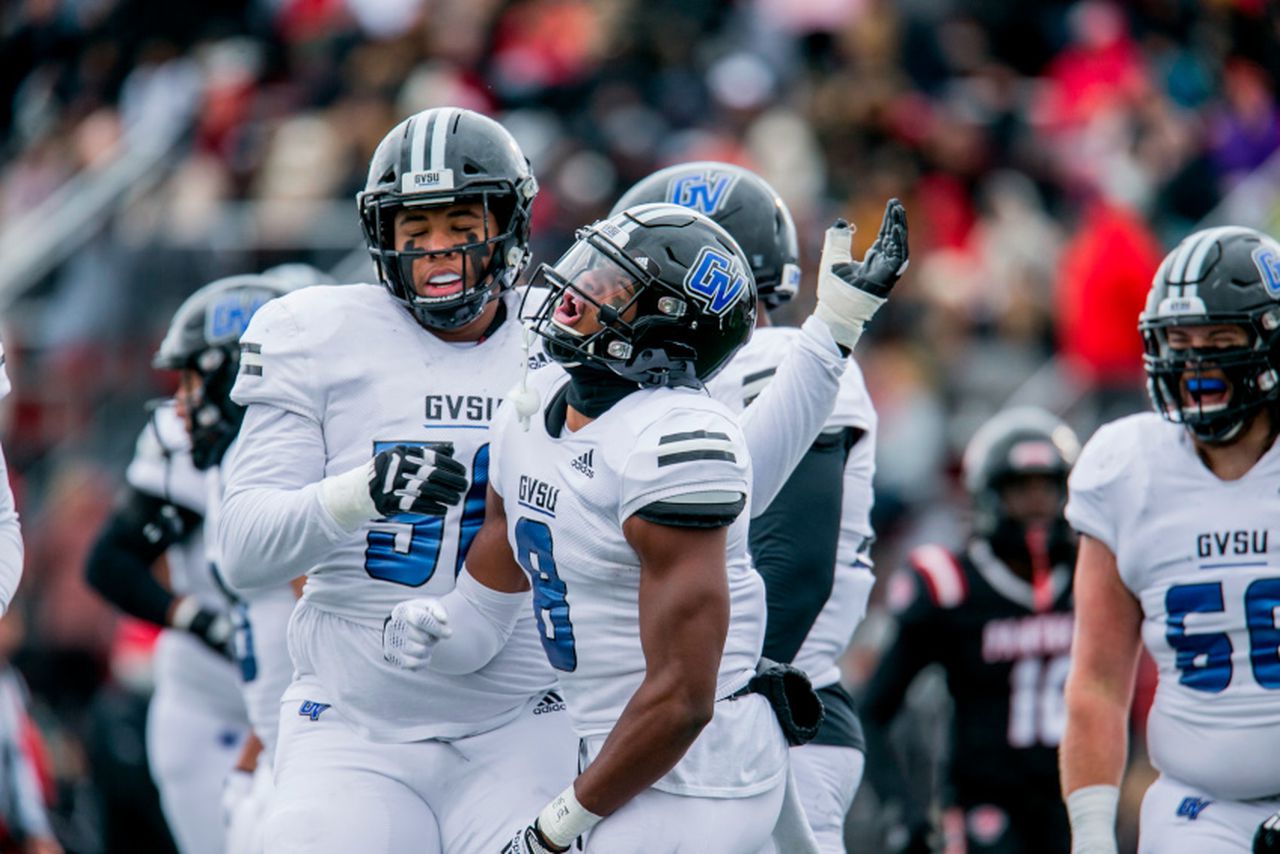 It is back to work for the Grand Valley State University football team.

The No. 1 ranked and 11-0 Lakers earned a first-round bye when the NCAA Division II playoffs opened last week, but Grand Valley will return to action 1 p.m. Saturday. Grand Valley will host Northwest Missouri State at Lubbers Stadium in Allendale.

The Lakers and Bearcats are no strangers to each other, having clashed six times in the playoffs over the past two decades. Three of those games were for the national crown.

1. The Bearcats, ranked 10th in the nation, are 10-2 after defeating Emporia State 27-21 in last week’s playoff opener. This is the seventh game between Grand Valley and the Bearcats dating back to 2005, with Missouri State winning the past four showdowns to hold a 4-2 edge. The Bearcats defeated the Lakers 42-17 in their most recent game in the first round of the 2018 playoffs.

All previous six games were contested in the playoffs. Grand Valley beat the Bearcats in the 2005 and 2006 national title game, while the Bearcats returned the favorite in the 2009 championship game.

2. Northwest Missouri is averaging 30.3 points per game compared to Grand Valley’s 41.7. The Bearcats are led by 6-foot-2, 213-pound junior quarterback Mike Hohensee, who is completing nearly 70 percent of his passes. Hohensse has thrown for 1,933 yards and 16 touchdowns.

3. The Bearcats defense is allowing 16.3 points per game and has sacked the opposing quarterback 43 times this season. Defensive tackle Elijah Green, a 5-11, 263 senior, leads the team in sacks with 11. Isaac Vollstedt, a 6-1, 220 junior linebacker leads Northwest Missouri’ with 76 tackles and a pair of fumble recoveries. The Bearcats have nine interceptions on the season, with Shane Fredrickson and Cahleel Smith each recording two.

4. The Lakers just might see another familiar foe in the second round (Dec. 3) if they beat the Bearcats. Saturday’s winner will play the winner of Saturday’s Ferris State vs. Pittsburg St. game. Ferris enters the game ranked third in the nation and Pittsburg is No. 2. The Lakers defeated Ferris 22-21 in Big Rapids on Oct. 15.

5. Fans can purchase tickets online at gvsutickets.com, or by calling the Grand Valley’s central ticket office at (616) 331-3200. Tickets also can be purchased Saturday at the Lubbers Stadium ticket office. Grand Valley State is a cashless campus. Parking is $10 if purchased in advance of Saturday, while parking purchased on gameday will be $15. WXSP-TV in Grand Rapids will televise the game.