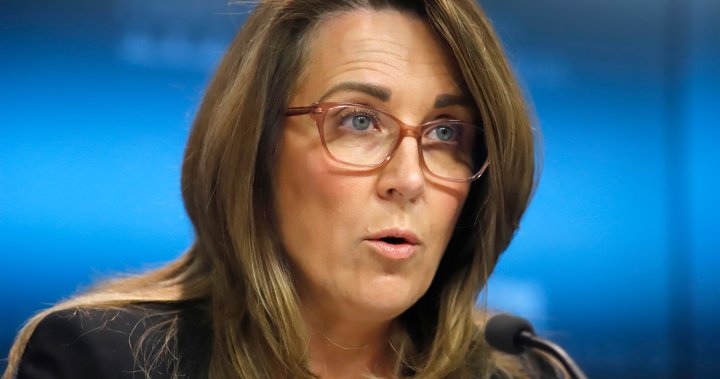 The Bank of Canada estimates half of Canadian homeowners who took out a variable-rate mortgage with fixed payments have already hit their trigger rate.

Hitting a trigger rate means a mortgage holder is no longer paying down any principal on their loan and is only covering interest — a key point that can prompt the lender to force a homeowner to make additional payments.

With market rates for variable mortgages expected to continue to rise, the Bank of Canada expects 65 per cent of these mortgages will hit trigger rates by mid-2023.

The findings come as part of an analysis from the central bank tracking the impact on variable mortgage holders amid its campaign to hike interest rates and raise the cost of borrowing in hopes of slowing the economy and taking the steam out of inflation.

Variable-rate mortgage holders were especially popular for most of 2021 and early 2022, the central bank noted in the report, as low interest rates made these products especially affordable for those looking to renew or jump into the housing market.

Renewing your mortgage? Here’s what to know as the Bank of Canada raises rates

But with interest rates much higher today than when the loans were initiated, these households are facing steeper mortgage rates. The bank’s policy rate has risen 3.5 percentage points so far this year in one of the most aggressive tightening campaigns in its history.

The Bank of Canada notes that three quarters of variable-rate mortgages are on fixed payments, meaning these households typically pay the same amount on their mortgage monthly when rates change. What is different as rates rise then, is that more of the payment covers interest rather than the principal loan amount.

The trigger rate occurs when those fixed payments cover only interest on the loans.

4:53
Your Money: Tips for managing monthly mortgage payments due to rising interest hikes.

What happens after the trigger rate?

What happens when a homeowner reaches the trigger rate on their mortgage varies from lender to lender.

Some immediately see an automatic increase in their monthly payments to cover more of the interest and principal, while others are allowed to dip into negative amortization — the lengthening of a mortgage term as the overall size of the loan grows with interest and minimal payments.


This can continue for a period of time dictated in the mortgage contract, until a trigger point — which also varies by lender — is hit, which then forces a lump-sum payment or higher regular instalments.

Some lenders reach out to borrowers before they hit their trigger rate to offer options like switching to a fixed-mortgage rate or making a lump-sum payment.

The Bank of Canada estimates the median increase in regular payments would be around five per cent more than the current instalments a household with this kind of mortgage is paying.

But those who took out mortgages with longer amortization terms when rates were “extremely low” could see greater payment increases of around 20 per cent, the central bank said.

Other options could see households refinance their mortgage, make early payments or lock in fixed rates to avoid the consequences of the trigger point.

Canadians are stressed about rising interest rates. Here’s what you can do

The Bank of Canada says its estimates are likely the “upper bound” of the impact on mortgage holders — a worst-case scenario — given the options available to those struggling with payments and that many homeowners who took out variable mortgages before the pandemic should still be on track.

Bank of Canada Senior Deputy Governor Carolyn Rogers said Tuesday, however, that the adjustment to higher interest rates will still be painful for recent homebuyers with variable-rate mortgages.

Research from the Bank of Canada finds that variable-rate mortgages now account for about one-third of total outstanding mortgage debt, up from about one-fifth at the end of 2019.

According to her prepared remarks, Rogers said risks around Canada’s financial stability are elevated because of high levels of household debt along with rising interest rates.

Her comments echo those of Governor Tiff Macklem, who identified the country’s housing market as a “vulnerability.” He said high debt levels and home prices could “accelerate” an economic downturn as interest rates rise and growth slows.

However, Rogers said Tuesday the Bank of Canada expects the financial system as a whole to withstand this period of stress.

— with files from The Canadian Press