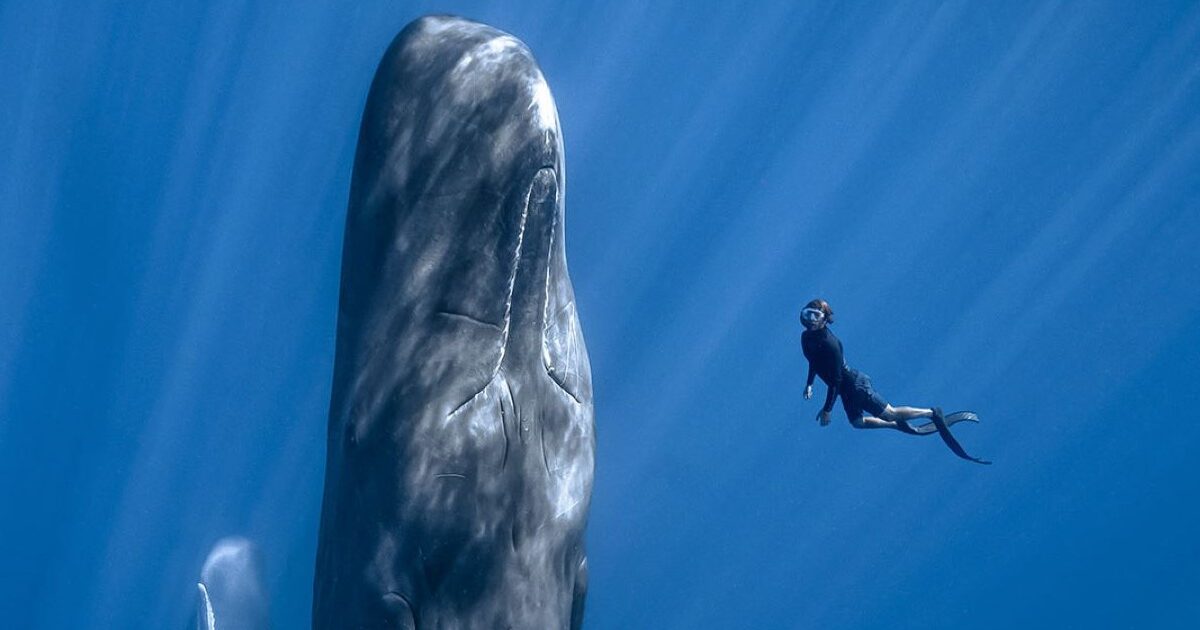 Hamptons Doc Fest celebrates its 15th year with a live, six-day festival of 25 engaging, impactful documentary films, screening December 1 to 6 in Sag Harbor, at both the Sag Harbor Cinema and Bay Street Theater.

“2022 celebrates our 15th year bringing you the best documentaries with the best story power you’ve come to expect from Hamptons Doc Fest,” said Jacqui Lofaro, founder and executive director of the festival. “Our December program is a rich trove of compelling films, and we know that our documentary devotees will love the 2022 anniversary line-up.”

The festival comes complete with awards and tributes to films and directors, such as the Pennebaker Career Achievement Award, the Environmental Award, the Filmmaker Impact Award, the Art & Inspiration Award, the Human Rights Award, and the popular Audience Award.

“The festival will also pay tribute to National Geographic Documentary Films for their provocative documentaries from the world’s very best filmmakers,” said Karen Arikian, Hamptons Doc Fest’s artistic director. “We are thrilled to present two of their most recent films at this year’s festival.”

Another special feature is a 40th anniversary screening of “Say Amen, Somebody,” which includes a live, pre-film performance of contemporary gospel music.

As always, the festival presents its annual Young Voices Program for local middle and high school students, where this year, award-winning filmmaker Roger Sherman will conduct a hands-on workshop after the screening of a short film.

The Saturday, December 3, Gala for the Hamptons Doc Fest’s prestigious Pennebaker Career Achievement Award will begin at 7 PM with a cocktail/hors d’oeuvres reception at Bay Street Theater, followed by the award presentation at 8 PM to filmmaker Sam Pollard for his monumental career as a dedicated chronicler of the black experience in America.

The award is named in honor of long-time Sag Harbor resident and documentary filmmaker D.A. Pennebaker who passed away in August 2019. The award, sponsored by filmmaker Lana Jokel, will be presented by Jokel and Chris Hegedus, Pennebaker’s partner and co-filmmaker.

After the ceremony and interview with Sam Pollard by documentary filmmaker Julie Anderson, a member of the Hamptons Doc Fest Advisory Board, the festival will screen Pollard’s latest film “Lowndes County and the Road to Black Power,” co-directed by Geeta Gandbhir, about the courageous men and women in Lowndes County, Alabama, who risked their lives to win suffrage in 1960 for residents, 80 percent of whom were black and unregistered to vote.

Hamptons Doc Fest has shown four of Pollard’s earlier films — “Sammy Davis, Jr: I Gotta Be Me,” which won the HDF Filmmakers’ Choice Award in 2015; “MLK/FBI,” which served as the HDF Opening Night Film in 2020; “Black Art: In the Absence of Light,” a co-presentation with the Parrish Art Museum in 2020; and “Citizen Ashe,” winner of HDF’s Audience Award in 2021 for his film about the tennis champ Arthur Ashe.

With a career as a veteran feature film and television editor, documentary producer and director spanning 50 years, Pollard has garnered multiple Peabody and Emmy Awards and an Academy Award nomination. He has been honored with a 2021 New York Film Festival Tribute and a 2021 Career Achievement Award from the International Documentary Association. Pollard has also served on advisory committees for the National Endowment for the Humanities, the National Endowment for the Arts, and the Independent Television Service (ITVS). He’s been a film professor at New York University for close to 30 years.

“Lowndes County” film co-director Geeta Gandbhir has also won two Emmy Awards, an Academy Award and three Peabody Awards during her 25 years in the film industry as a director, producer and editor.

Receiving this year’s Environmental Award, is “Fashion Reimagined,” which will be screened on Thursday, December 1, at 5 PM at Bay Street Theater.

The film follows fashion designer Amy Powney, of the London brand Mother of Pearl, who’s the daughter of environmental activists, and sets out on an historic quest in 2018 to produce a fashion collection from field fiber to finished garment, that is both ethical and sustainable. In the film, she travels from Uruguayan sheep pastures to an Austrian garment factory, along the way exposing the amazing waste in the global fashion industry.

Director Becky Hutner, a Canadian who lives in England, has spent the past five years in London creating fashion and culture work for DUCK Productions. She will participate in a virtual Q&A after the screening.

The Hamptons Doc Fest Opening Night Film, “Still Working 9 to 5,” directed by Camille Hardman and Gary Lane, takes place at Sag Harbor Cinema on Thursday, December 1, at 7:30 PM. As its name suggests, the film takes a fresh look at the 1980 comedy cult classic “9 to 5,” that starred Jane Fonda, Dolly Parton, Dabney Coleman and Lily Tomlin, and includes its various incarnations as TV shows and Broadway musicals. It explores the evolution of gender inequality and discrimination in the workplace since 1980 and traces the history of the women’s movement, revealing that little has changed over the past four decades.

Susan Lacy of Sag Harbor, a Hamptons Doc Fest Advisory Board member and creator/director of the American Masters series, 1993-2020, will do the post-film Q&A with co-directors Camille Hardman and Gary Lane, executive producer Larry Lane (Gary’s twin brother), and Ellen Cassedy, co-founder of the 9 to 5 National Association of Working Women.

In a special program on Friday, December 2, at 7 PM at Sag Harbor Cinema, National Geographic Documentary Films is being honored at Hamptons Doc Fest this year with a tribute in recognition of the notable, worldwide films it has produced over the years, each featuring outstanding documentary filmmakers. Accepting the award will be Chris Albert, Executive Vice President of Global Communications for the company.

Recipient of the Hamptons Doc Fest’s 2022 Filmmaker Impact Award at a screening on Saturday, December 3, at 1:30 PM at Sag Harbor Cinema, will be Ondi Timoner, director of “Last Flight Home,” who will participate in a Q&A after the screening.

The documentary “Omar Sosa’s 88 Well-Tuned Drums,” will receive Hamptons Doc Fest’s Art & Inspiration Award from The Tee & Charles Addams Foundation on Monday, December 5, at 7:30 PM at Bay Street Theater. Accepting the award and participating in a post-film Q&A will be the director Soren Sorensen.

Receiving the Hamptons Doc Fest’s Human Rights Award in a screening on Tuesday, December 6, at 5:30 PM at Bay Street Theater will be “Four Winters,” about the Jewish resistance in World War II. Through first-person interviews, family photographs and rare archival footage, the last surviving partisans tell their stories of fighting back against the Nazis and their collaborators from the forests of Belarus, Ukraine and Eastern Europe—engaging in acts of sabotage, blowing up trains, burning electric stations and attacking armed enemy headquarters. Director Julia Mintz has been on production teams that won Emmy, Peabody and festival awards. She will participate in a Q&A afterwards.

A full schedule, tickets, and passes for films can be found at hamptonsdocfest.com