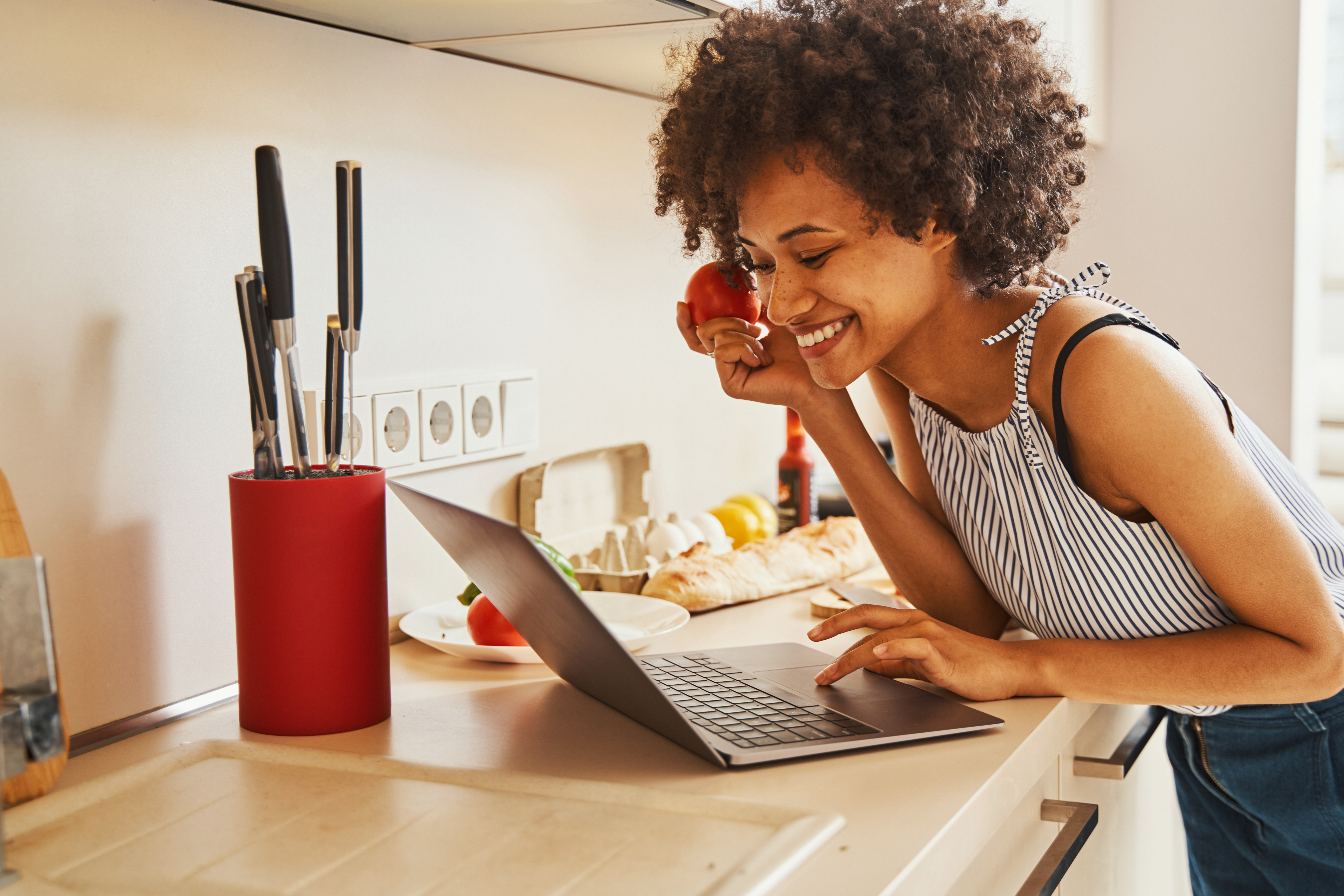 Famous hockey player Wayne Gretzky used to say, “I skate to where the puck is going, not where it has been.” That’s a philosophy that can be directly applied to the business world because, in essence, it means that chasing the market after the trends have already become clear can be a losing strategy. It’s critical to always look forward, because the real money is in setting trends.

Perhaps nobody embodied that metaphor more than the late co-founder of Apple, Steve Jobs. The Gretzky quote was one of his favorites, and he had a knack for identifying where consumer habits were going and then meeting them with revolutionary devices like the iPod and the iPhone.

Apple might be a $2 trillion giant today, but there are several smaller technology companies out there right now that could shape the future in their own ways. Confluent (CFLT 1.09%) and Upstart (UPST -1.28%) might be two of them.

Consumers are spending more time online, and their digital habits are changing at a rapid pace. Just 10 years ago, it would have been almost inconceivable to upload all of your personal information onto a social media platform or do your banking on a smartphone, but now those activities are common. They have also fostered demand for instant experiences. Consumers have convenience at their fingertips, and they want everything available to them now.

Technologies like cloud computing have helped businesses deliver those immediate experiences for their customers, but platforms like the one Confluent provides are the true secret sauce. Confluent is a data streaming tool designed to supercharge the Apache Kafta platform, which is used by 80% of Fortune 100 companies.

It works behind the scenes to feed businesses vital analytics in real time that help them serve customers. If you run a sports betting platform, for example, Confluent allows you to rapidly calculate and feed live odds to customers instantly during a game. Or take retail giant Walmart — it uses Confluent’s tools to help track inventory levels in real time, so products can be replenished as they’re bought. In other words, Confluent is the reason the items customers want are rarely out of stock.

The demand for Confluent’s platform is clear. The company’s revenue for 2022 is expected to come in at $579 million. If it hits the mark, the company will have grown at a monster compound annual rate of 57% since 2019.

Data and event streaming will only grow more prominent over time. These services are already being used in financial services, entertainment, gaming, and retail, as mentioned above. But businesses could theoretically find a way to apply it to any cloud-based online experience for their customers.

So with Confluent stock down 78% from its all-time high amid the broader tech sell-off, this might be a great opportunity to buy for the long run.

Upstart could change the lending process

Shaping the future by doing things that no other company has done before comes with risk. Shareholders of Upstart know that all too well. After the company went public in 2020 at $20 per share, the stock rocketed as high as $401 before tumbling all the way back down to below $13. Today, it trades at around $17.

Upstart is trying to upend the traditional money lending business by using an artificial intelligence system to assess borrowers, which it says can more accurately measure people’s creditworthiness. Consumers stand to benefit because Upstart says its models are less discriminatory than Fair Isaac‘s long-established FICO credit scoring system. For example, Upstart approves 43% more Black borrowers and 42% more Hispanic borrowers than traditional models — and at interest rates that are as much as 25% lower.

Upstart doesn’t actually lend any money. It’s a loan originator, but it relies on its bank and institutional partners to fund the loans, and some of those funding sources dried up as the credit picture gradually deteriorated in 2022. That left Upstart holding onto some loans itself, which made investors uncomfortable and sent its stock price crashing.

But economic pressures might be slowly easing, and Upstart continues to add new bank partners and even automotive dealerships for its sales and loan origination platform. It had 83 bank and credit unions signed on as of the end of the third quarter, which was a jump of 167% year over year. It also had 702 auto dealer partners, up 141%.

Upstart’s revenue is expected to fall slightly year over year to $830 million for 2022 once it reports its Q4 results. Analysts think it will shrink further to $733 million in 2023, but if the economy improves and credit flows freely again, there’s a case for upside to that estimate.

The financial sector is ripe for disruption, and artificial intelligence continues to make its mark on more and more industries. If Upstart can execute, its stock could deliver powerful returns for investors, especially from its current rock-bottom price.