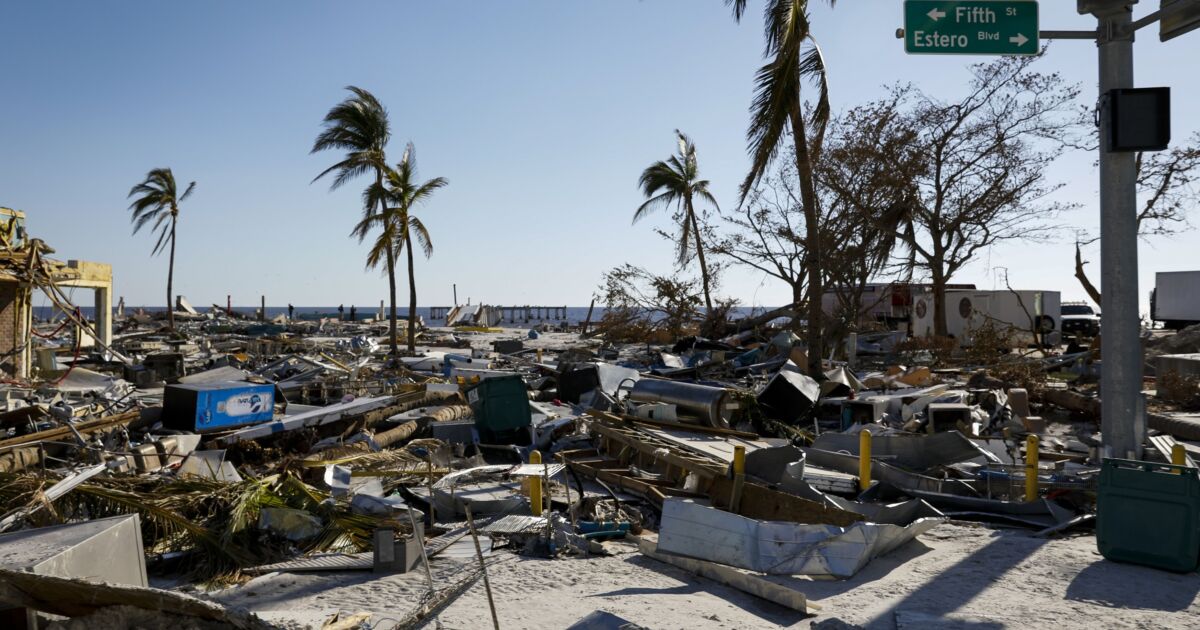 The first signs of the impact Hurricane Ian is having on mortgage payments are coming in, providing clues about the work servicers could see in the months ahead.

The number of loans in forbearance inched up by a single basis point in October to 0.7% of servicers’ portfolio volumes from 0.69% a month earlier, according to the Mortgage Bankers Association’s Loan Monitoring Survey.

“Several factors were behind the first monthly increase in forbearances in 29 months, including the effects of Hurricane Ian in the Southeast, the diminishing number of loans bought out of Ginnie Mae pools and placed in portfolio and the fact that new forbearance requests have closely matched forbearance exits for the past three months,” said Marina Walsh, MBA’s vice president of industry analysis, in a press release.

The month-over-month changes were unevenly distributed across investor types, though. The share of Ginnie Mae forbearances climbed to 1.41% from 1.33%, while within Fannie Mae and Freddie Mac pools, loans in forbearance inched up to 0.31% from 0.3%.

Meanwhile, portfolio and private-label forbearances declined to 1.03% of their volume from 1.14% in September.

Recent data from mortgage technology and data provider Black Knight also echoed MBA’s October findings. A noticeable shift in payments among homeowners in the most heavily hit areas appeared in the first weeks of last month.

As of Oct. 19, 3.3% fewer mortgage holders in counties taking a direct blow from Ian had made on-time monthly payments compared to the same point in September, Black Knight found. Those counties include approximately 355,000 units. Property owners in the direct path of Ian are almost seven times more likely to miss their monthly payment compared to nearby counties also designated as disaster areas by the Federal Emergency Management Agency but further away from the hurricane’s wrath.

Of the 2.5 million homes located in 26 Florida counties FEMA declared eligible for disaster relief, an additional 100,000 homes were in buffer zones as determined by Black Knight, while the remaining 2 million properties listed could be found in slightly more distant FEMA-declared disaster counties. Unpaid mortgage balances within the 26 counties totaled $514 billion, according to Black Knight’s recent Mortgage Monitor report.

Compared to the falloff in the most heavily impacted areas, monthly mortgage payments also dropped within the buffer zone, but at a less elevated pace of 1.2%, while remittances from remaining FEMA-designated disaster counties showed only a 0.5% decline.

If Florida trends hold through the end of October, approximately 20-25K borrowers would likely be delinquent as a result of the storm, said Andy Walden, Black Knight’s vice president, enterprise research and strategy.

In its October report, MBA also found Florida experiencing the largest falloff in payments nationwide, with its share of accounts considered current down by 0.5% on a monthly basis, excluding already existing foreclosures and delinquencies. The drop also dragged national numbers downward, with the current-loan share tumbling 15 basis points to 95.7% and 44 states reporting declines, Walsh said.

While it is still early to determine if the uptick in early delinquencies turns more troublesome, servicers are engaged in watchful waiting and have plans in place depending on where data heads.

“We were surprised years ago,” said Adam Saab, vice president head of early stage default at subservicer Cenlar, referring to past large-scale events.

“When you look at the GSEs — Fannie and Freddie — they didn’t necessarily have the workouts in our toolbelt to be able to assist those borrowers. Now they’ve established disaster plans that are there. There’s a playbook now that didn’t exist before.”

Hurricane Katrina, the costliest storm this century, served as a catalyst for servicers and the industry to better prepare for the impact of a large disaster as well, according to Saab. The serious delinquency rate initially surged by 14% immediately following the 2005 event, according to Black Knight’s data.

Lessons learned from past disasters has some Floridians prepared as well, with hurricanes prevalent in the state. “You kind of expect a lot of potential impacts there. So they have a lot of insurance coverage, Saab said.

“This is not their first rodeo.”

Although Hurricane Ian is a new factor influencing distressed borrower numbers this year, it’s only one of a number of reasons that could bring forbearance numbers further up in the near term, Saab said. Interest rates, inflation and question marks about eligibility for loan modifications if borrowers have already utilized one also appear as potential hurdles for some to overcome.

“We’re seeing some change in borrower behavior where more people are raising their hand and needing assistance. The hurricane then just kind of accelerated that,” Saab said.

In MBA’s survey, servicers report all loans in forbearance, regardless of the borrower’s stated reason  whether related to the coronavirus pandemic, natural disasters or another cause. By stage, 36.7% of the total volume of loans in forbearance are in the initial months of their plan, while 50.9% are currently in extension. The remaining 12.4% are forbearance re-entries.

The association also said the share of forbearances increased by 1 basis point between September and October at independent mortgage banks, where they climbed to 0.96%, but fell by the same margin to 0.47% at depository institutions.

Hurricane Ian made landfall on Sept. 26 as a Category 4 storm in Southwest Florida, hurtling across the state’s midsection before exiting northward into the Atlantic Ocean. With more than 100 fatalities reported, Ian is Florida’s most deadly hurricane since 1935, and the estimated cost of damage currently exceeds $50 million, according to the National Oceanic and Atmospheric Administration.