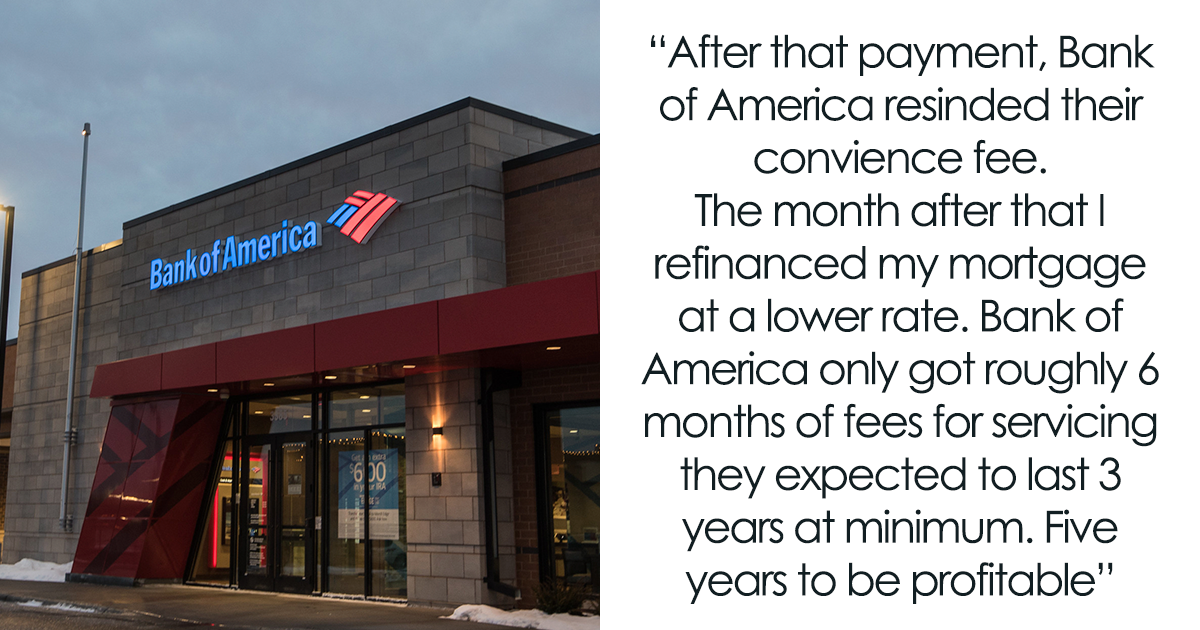 If you think banks are the spawn of some evil 8-legged demonic mastermind bent on sucking out every single piece of monetary medium of exchange it can out of people’s pockets like a Dyson vacuum cleaner on steroids, then you definitely have an interesting way of describing banks.

But, in all seriousness, while it’s a form of business that is beneficial on multiple levels, banks are mostly viewed as money-hungry corporate giants that will try everything to take your hard-earned cash. Even a $5 convenience fee sounds outright outrageous when all it does is allow you to pay for something online. But what are you going to do about it?

Well, you can do what this one person did—simply opted for some malicious compliance. He had to make a mortgage payment, and the aforementioned $5 fee was simply barbaric, so he decided to drive the bank out of its mind.

Banks have a notorious reputation when it comes to convenience fees, so this one Redditor had enough of it and started a maliciously compliant war

Reddit user u/ExWallStreetGuy—a very appropriate nickname because he’s been in the mortgage business for 30 years—recently shared a story from some time ago. A story of malicious compliance, all because a bank decided to be a tad bit too greedy for its own good. And it literally ended up working against its own good in the end.

For context, OP explained that he is not too fond of Bank of America. Especially its servicing division. After all, anyone spending 30 years in any field would probably have something to say about the biggest player or common practices that should not have become the norm.

“Bank of America was a bank—and an investment bank—that was always trying to pull a fast one,” elaborated OP in an interview with Bored Panda. “Their corporate culture really defined how they did business in the 2000s.” If you’re wondering what that’s like, take “soul-crushingly bureaucratic” and “you will spend the majority of your time waiting on someone else to do their job” (as pointed out here) as a whiff of what’s probably happening there.

And who would have thunk, maliciously complying to something can lead to a bank having to take a $8,000 loss 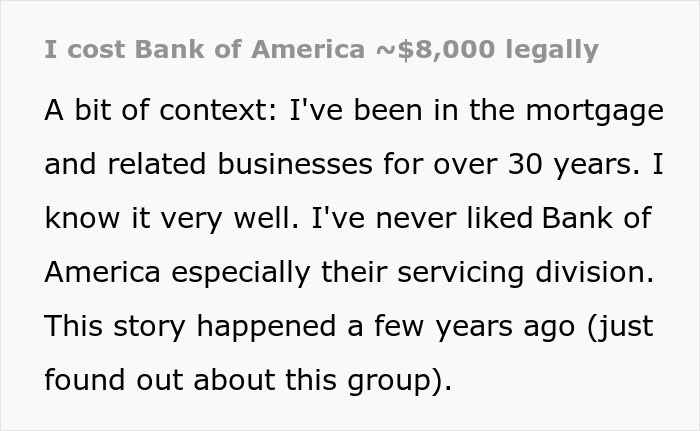 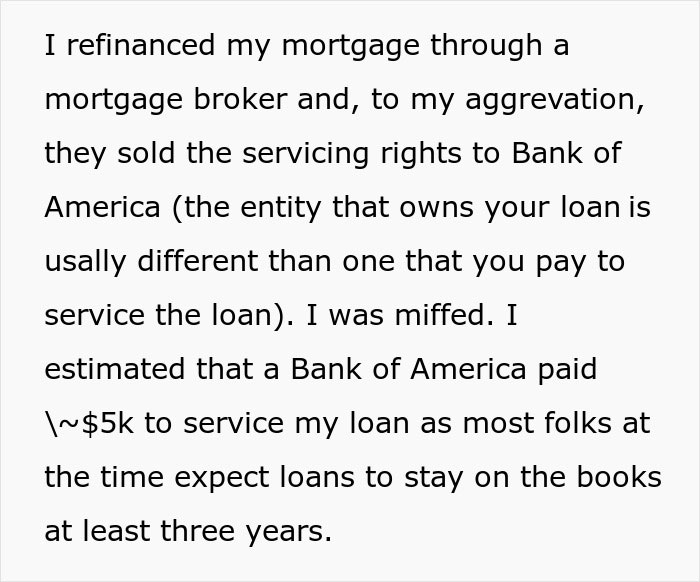 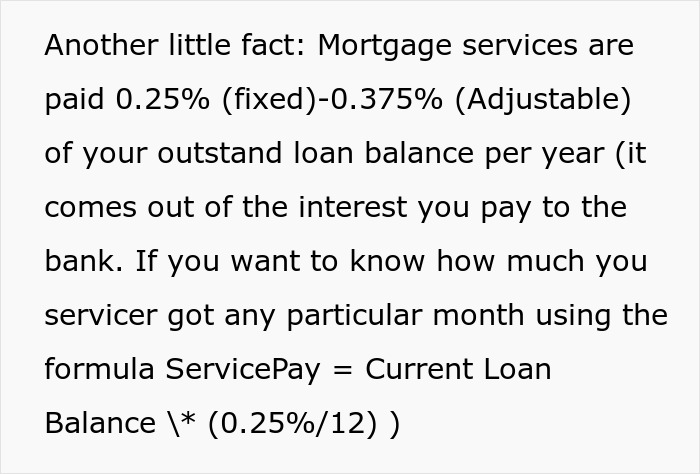 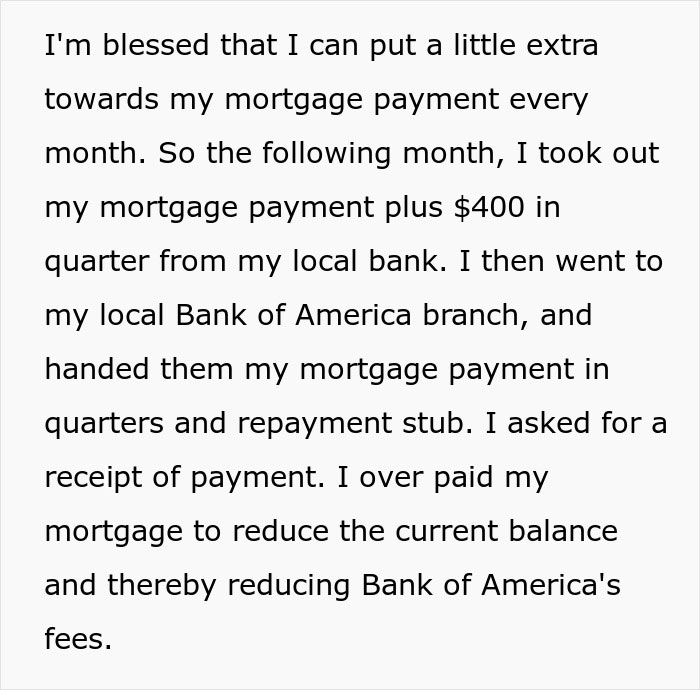 Anywho, OP got a mortgage refinanced with a broker, who ended up selling the contract to—you guessed it—Bank of America. And of course something had to happen that would grind OP’s gears.

So, the bank announced they’d be charging a $5 convenience fee. Quotation marks should appropriately be used for that word, as it surely does provide convenience in the form of online pay, but it’s surely a shameless money grab the minute you see it.

Specifically, the approach the ex-Wall Street wolf took was to pay his mortgage in quarters, which later changed to dimes 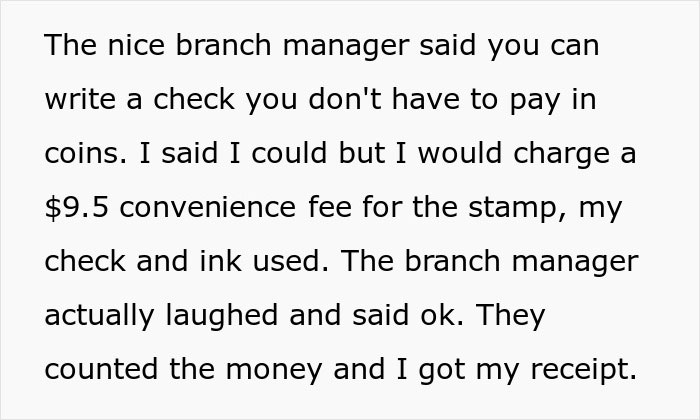 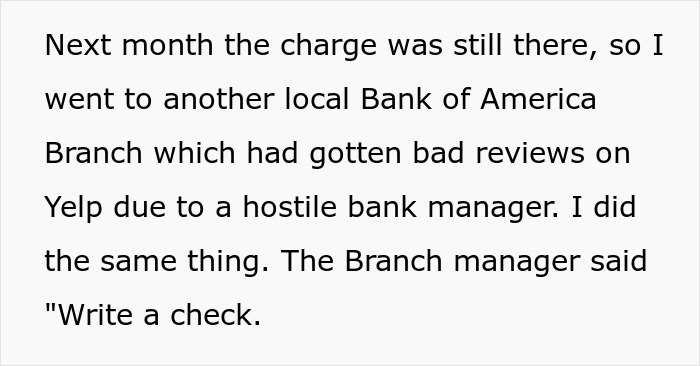 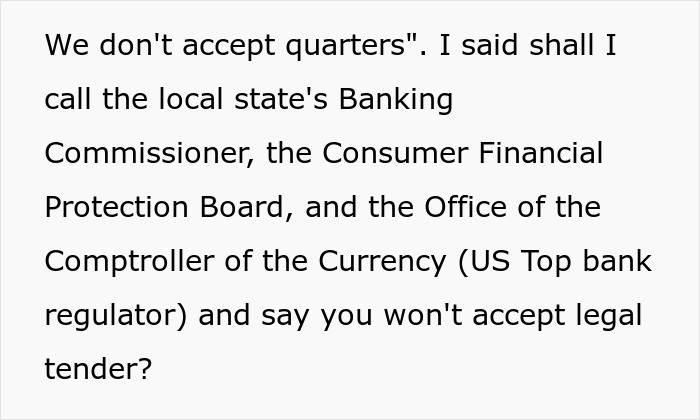 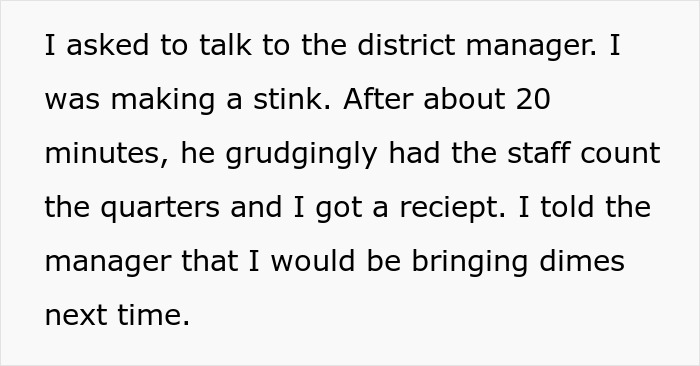 Well, if that’s how they were going to play, then OP had the appropriate solution. Since his mortgage payments were not going anywhere, and he was also trying to add a little bit extra to pay it off quicker. And since all money is created equal, he went to his local bank and withdrew the exact amount in quarters. You know, hundreds upon hundreds of dollars in ¢25 coins. You can imagine a scene from Duck Tales when Scrooge McDuck goes swimming in his vault.

Then he went to the local Bank of America to make the payment. Remember, in-person payments cost nothing at that point. So, here comes OP with a sack (presumably) of coins like Santa Claus on Christmas. But the clerk was cool about it when he asked why couldn’t he just write a check, and was reminded of another $9.5 convenience fee for the stamp. It was cool, though, they accepted the payment without much fuss. So, it was time to one-up the plan. 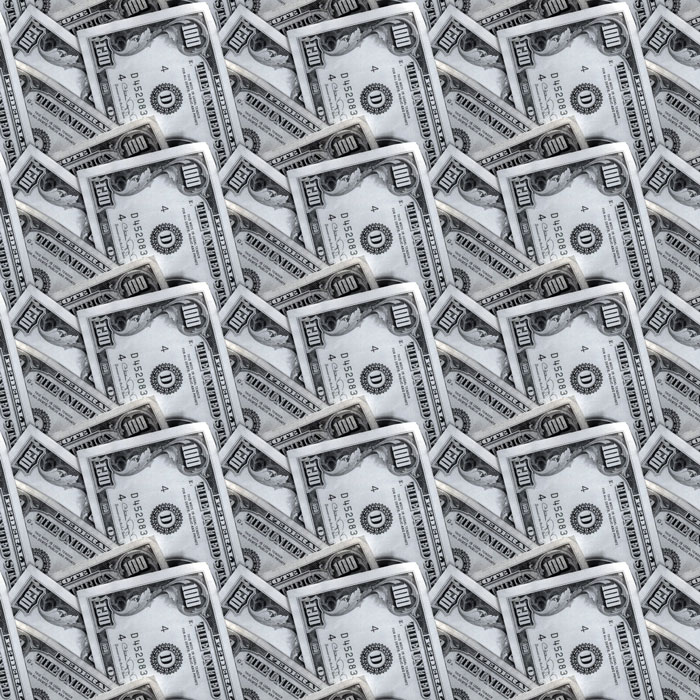 OP then looked for the worst-rated Bank of America in the area. It wasn’t long, though, until he found the worst rated branch—“hostile bank manager” should do the trick. So, he got even more quarters and went down to this specific branch to wreak some havoc.

And, surely enough, the staff was not all that enthused. But they were a bit more aggressive with suggesting the check approach. They actually said they wouldn’t take quarters. Well, sucks to be them, because OP knew the specific names to name-drop in order for them to understand that legal tender, no matter how small it is, ought to be accepted. And so the bank staff immediately turned into a non-automated teller machine and started their 20-minute quarter count, followed by a grudging handing of the receipt.

Already satisfying, right? Well, wait, there’s more. OP promised to bring dimes the next month. And that he did. This time around, the lovely bank people were kind enough to not be so upfront with their dissatisfaction, just a long glare. The best part is that after this payment, the bank revoked the convenience fee.

The end result was the bank only lasted 6 months with his mortgage and lost $8K on an investment that would’ve been profitable 4.5 years later

So, between all the extra payments he was making, which ended up less profitable in and of itself for the bank, and the estimated 3 years minimum the bank expected the client to last (5 years to start making a profit), the bank ended up at a roughly $8,000 loss after just 6 months of this.

To put it in perspective, OP explained that it is a rough total of $3,500—whatever the monthly mortgage was, plus $400 across several months just to get ahead with payments—all in precious low-denomination coins, i.e. quarters and dimes. So, paying in change does get the job done! OP also elaborated on how exactly it cost them that much in this comment, if you’re wondering.

Mind you, OP told us that he wouldn’t have bothered to go through any of this if not for the blasted convenience fee. “The fee was the straw that sprung me into malicious compliance,” explained ExWallStreetGuy.

Well, folks online love a good malicious compliance story, and they loved this one too. Some had questions, others had similar stories, and some were there to praise OP’s “horrible dark heart” for he is the one making flowers bloom where he previously left “the charred corpses of corrupted companies” with his malicious compliance.

The post drew quite a bit of attention, racking up over 20,000 upvotes (93% positive) along with a handful of Reddit awards, including a very appropriate “burning cash award.” You can check it all out in context here.

When asked if he had any ideas (in retrospect) on how he could have one-upped his own malicious compliance, ExWallStreetGuy didn’t give it much thought. Though, he probably wouldn’t have passed up an opportunity to annoy Bank of America CEO Brian Moynihan, but maybe that’s a malicious compliance story for another time.

In the meantime, it’s all down to you now—share your frustrations with and stories about banks, and make sure not to spare any juicy details in the comment section below!