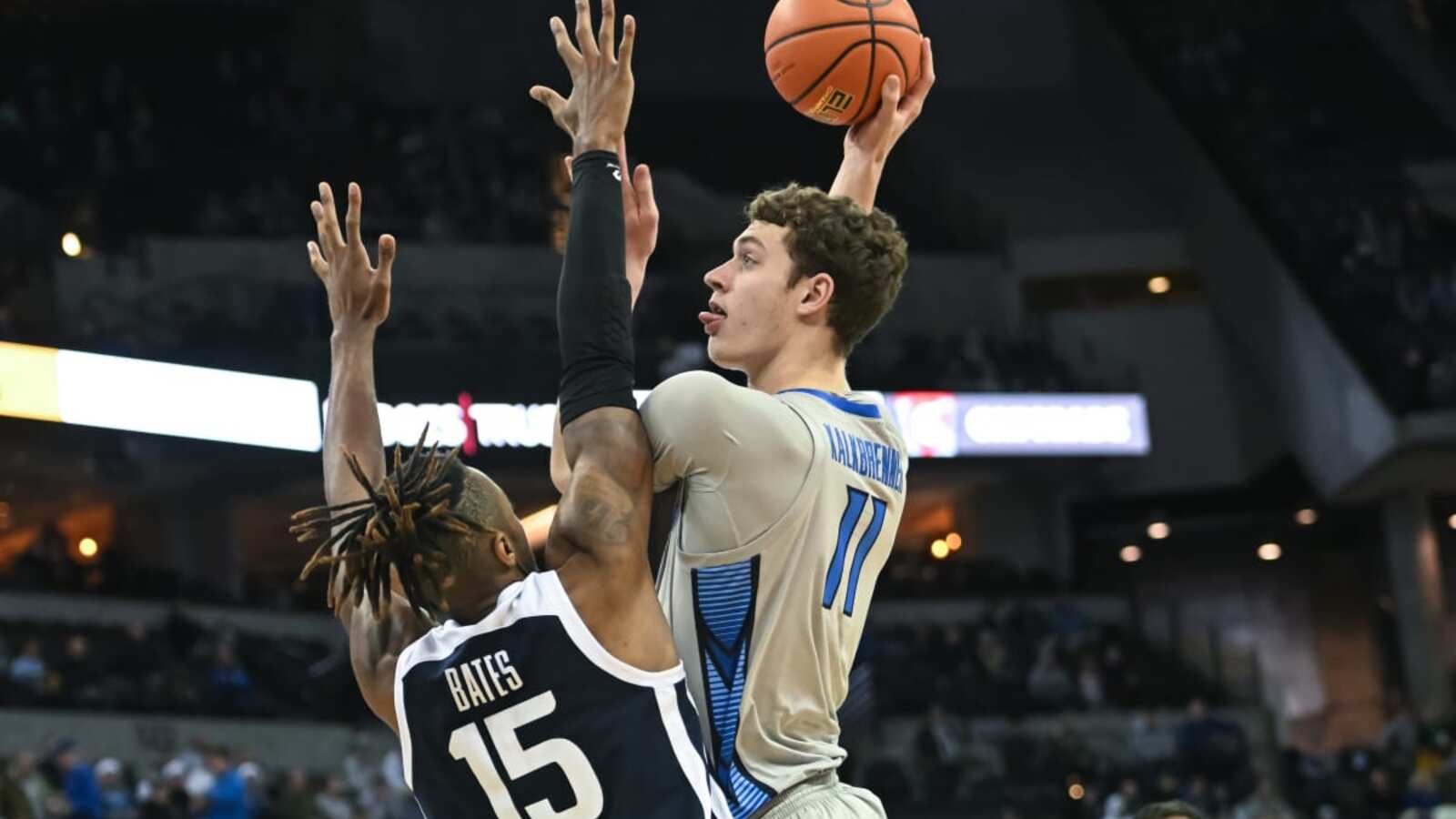 Every week, there’s a ton of exciting college matchups that feature upcoming NBA talent. As such, NBA fans are able to get a look at players that will be making an impact at the next level one day firsthand.

With conference play kicking off, we’re going to get looks at how these prospects perform with more at stake and in rivalry games. This time of year is when the best of the best begin to separate themselves as top players.

As it relates to future draft prospects, which college matchup are we most excited about entering the week?

As these two teams face off at Gampel Pavillion, UConn will host Creighton in a game filled with several NBA talents.

For the Bluejays, the two most notable prospects include Ryan Kalkbrenner and Arthur Kaluma.

Kalkbrenner was one of the best players of the postseason last year, posting a 15.6 C-Ram according to Cerebro Sports. This season, he’s notched a 91 DSI, 89 PSP and 85 ATR. A legitimate 7-footer, he’s starting to prove he can knock down shots from the perimeter on limited attempts.

On the wing, Kaluma has the skillset to be a 3-and-D player at the next level. In his second college season, the 6-foot-7 combo forward has improved his scoring output and 3-point efficiency. Another name to monitor when watching Creighton is Trey Alexander, who makes an impact on both ends and has improved tremendously year-over-year.

Although coming off a loss, UConn is still one of the best teams in the entire country. The Huskies are lead by potential first-round pick Jordan Hawkins, who has emerged as one of the better 3-point shooters in this class. Alongside him in the backcourt is Andre Jackson, who isn’t the greatest offensive prospect, but has a ton of upside as a lockdown defender.

Adama Sonogo has improved in each of his three seasons at UConn and is now firmly on NBA radars. Standing at 6-foot-9, he’s expanded his game to the perimeter and is one of the best scorers on the team.

With how much talent is on these two rosters, this will be one of the most exciting games of the week. There’s a chance upwards of six players in this contest will one day play at the NBA level.