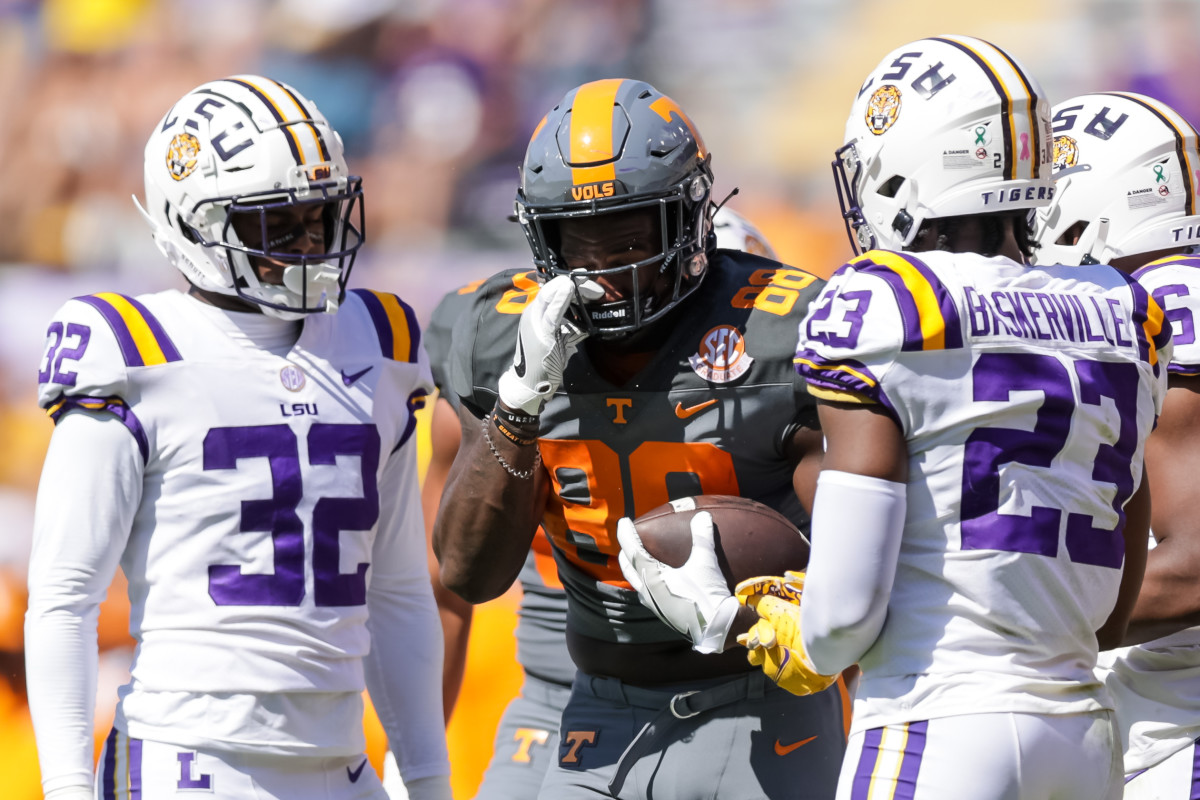 LSU linebacker DeMario Tolan has entered the NCAA Transfer Portal, as announced early Wednesday morning. Tolan’s entry comes as quite the surprise after a successful first season in Baton Rouge.

Head coach Brian Kelly praised Tolan, stating he was pushing for a larger role towards the end of the season, looking to take Greg Penn III’s spot.

“It was easily Greg Penn’s best game,” Kelly said after the Arkansas game. “We challenged him. [DeMario] Tolan is on his heels. He’s making progress and doing good things and Greg can feel that and I love the way he responded. He played with great instincts, physicality, and that’s what we expect out of him.”

Kelly has spoken highly of Tolan’s progress. In practice, Tolan has continued to show he’s more than capable of elevating his status to a starter, and when on the field it’s the same story.

Tolan has exceptional instincts and uses his speed to his advantage when closing in on opponents. Sure, it’s hard to look like a speedster when you’re sharing the field with Harold Perkins, but Tolan has showcased his elite athleticism, proving the two could have been the Tigers’ duo at the second level for the foreseeable future.

Now, Tolan enters the portal with three years of eligibility after playing in over four games for the Tigers in 2022. The first portal window will close on January 19th.

“So we are not going to overload a particular position group. In other words, if we have got three or four wide receivers that are freshmen coming in, you may not see a heavy influence in the portal in that position.

“We are going to develop based upon our freshman class, too. So we are doing this at the same time, and also allowing our program to be younger, too. We want to bring both of these along. We don’t always want to be a turn-it-over program where we are bringing in transfers and turning the program over.”