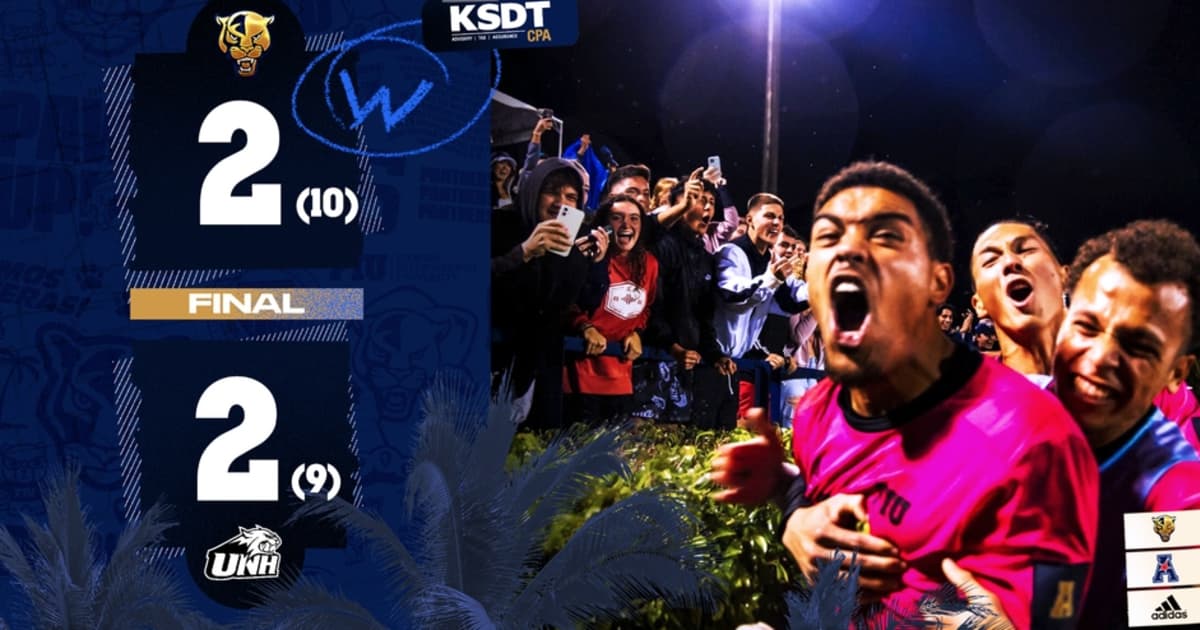 FIU senior Carlos Scheckermann clinched an epic penalty shootout with a goal in the 12th round to lift the No. 10 seed FIU men’s soccer team to a thrilling NCAA second-round victory over New Hampshire on Sunday night in Miami.

The Panthers captured the shootout, which featured a stretch where each team recorded a goal for eight consecutive rounds, by a 10-9 margin.

The 19 total shootout goals were the most in an NCAA Men’s Soccer Championship match since Michigan and Notre Dame combined for 21 in 2018.

The Panthers now advance to the Round of 16 of the NCAA Championship for the first time since 2003 where they will face No. 7 seeded Duke on Sunday, November 27 at 1 p.m. ET at Koskinen Stadium in Durham, North Carolina.

The Panthers own a 1-1 overall record in the NCAA Third Round.

FIU has advanced past the third round once in program history. In 1996, the Panther’s made a run to the championship match, taking out Indiana in the Round of 16 before eventually falling to St. John’s in the final.

On Sunday, the two teams were deadlocked after regulation at 1-1 and the score remained tied following 20 minutes of extra time, after each side posted a goal to make the score 2-2 and set up the shootout dramatics.

FIU benefited from an own goal by New Hampshire’s Chris Pinkham in the 95th minute of extra time to take a 2-1 lead.

New Hampshire responded in the 107th minute of the second overtime period on a tally by Rory O’Driscoll off a freekick just outside the penalty box, deadlocking the game at 2-2.

Senior forward Rasmus Tobinski scored the first goal of the match putting FIU ahead in the 14th minute. Tobinski fought his way in front of the New Hampshire goal and tapped in a cross from Philip Hildebrandt.

UNH responded with multiple chances in the second half before getting the equalizer in the 64th minute with an own goal. New Hampshire’s O’Driscoll sent a cross to the near post which collided with multiple players and eventually found the back of the net.

Graduate student Matt Levy came off the bench after overtime to be the man in goal for the shootout. He would go on to make two saves, stopping the first attempt and making a save in the 12th round that eventually led to the victory.

After 120 minutes of action, the Panthers outshot the Wildcats 15-10 and six to three on shots on target.

FIU also saved more shots on the night with freshman Kevin Harr making four to saves to Jassem Koleilat’s one. The Wildcats did have a small advantage in corner kicks 11 to eight.

UP NEXT
The Panthers will hit the road next week to take on No. 7 Duke on Sunday, November 27 at 1 p.m. The match will be streamed live on ESPN+.