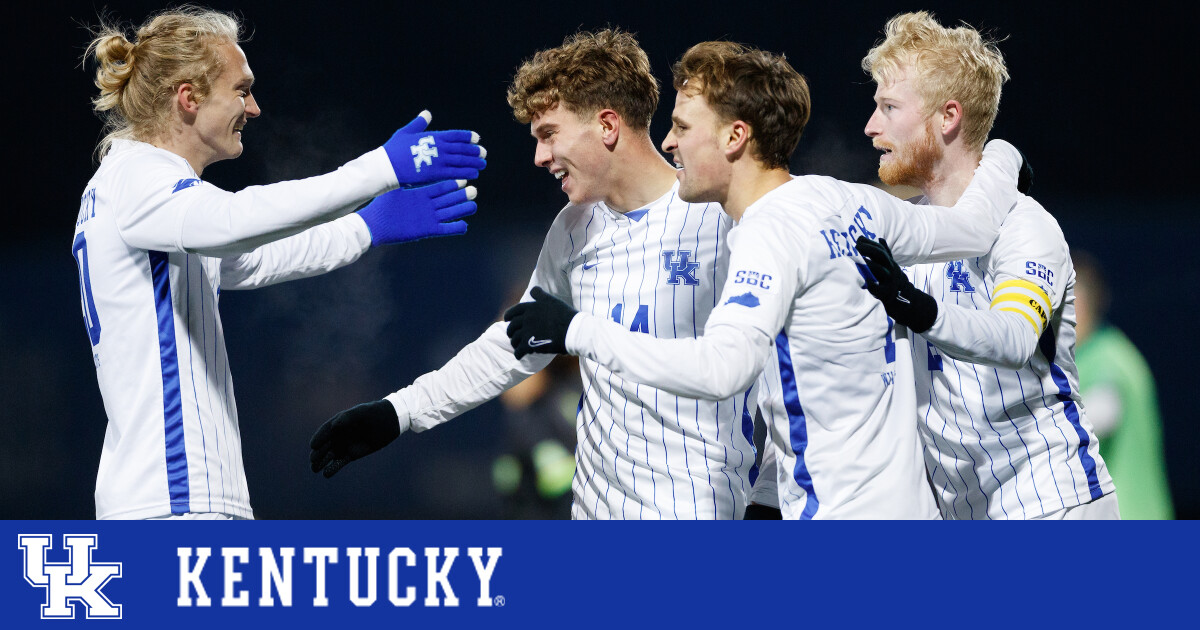 After receiving a first-round bye, the Wildcats kicked off its tournament run in front of 1,182 members of Big Blue Nation who bundled up to Pack the Bell. Kentucky had four different goal scorers in 90 minutes of regulation in Martin Soereide, Casper Grening, Clay Holstad and Max Miller.

“Really proud to be sitting here,” Head Coach Johan Cedergren said during the postgame press conference. “Happy for the performance: 4-0 in the second round of the NCAA Tournament, it’s a really good score especially to be able to keep a clean sheet. Excited to go for another week.”

Assisted by Enzo Mauriz and Ben Damge, Soereide was the first to put UK on the scoreboard. The pair used tight footwork to get the ball to the sophomore who sent it flying into the net to up the score, 1-0 in the 27th minute. Soereide’s goal was his second of the season after finding his first against James Madison in October.

With 38 minutes of scoreless play, Grening changed the tempo with his 10th goal of the 2022 campaign thanks to an assist by Holstad. The pair doubled the score to put the Cats on top by two. Grening’s goal puts him in a two-way tie with Eythor Bjorgolfsson to lead the team in overall goals scored.

It didn’t take long for Holstad to find his own goal to tuck away in the 74th minute. The nation’s leader in Total Assists and Assists per Game, Nick Gutmann, increased his tally to 17 on the season to help Holstad earn the third goal of the night and his first of the season.

To round out the score to 4-Nil, Lexington native Max Miller found his chance to earn his second goal of the season. His first equalized the match against Dayton in mid-October. Gutmann earned his 18th assist as he sent the ball to Robert Screen who found Miller across the box for the fourth and final Wildcat goal.

Kentucky’s victory advances the program to the Sweet 16 for the third consecutive year. The Wildcats will face Pittsburgh with the match date and time to be announced.

“The last thing I would say, is just a huge thank you to Big Blue Nation,” Cedergren stated. “They came out in force again. I know the conditions were brutal, but we’re always excited to host them.”

UK is the only Division I men’s soccer program still undefeated in the nation.