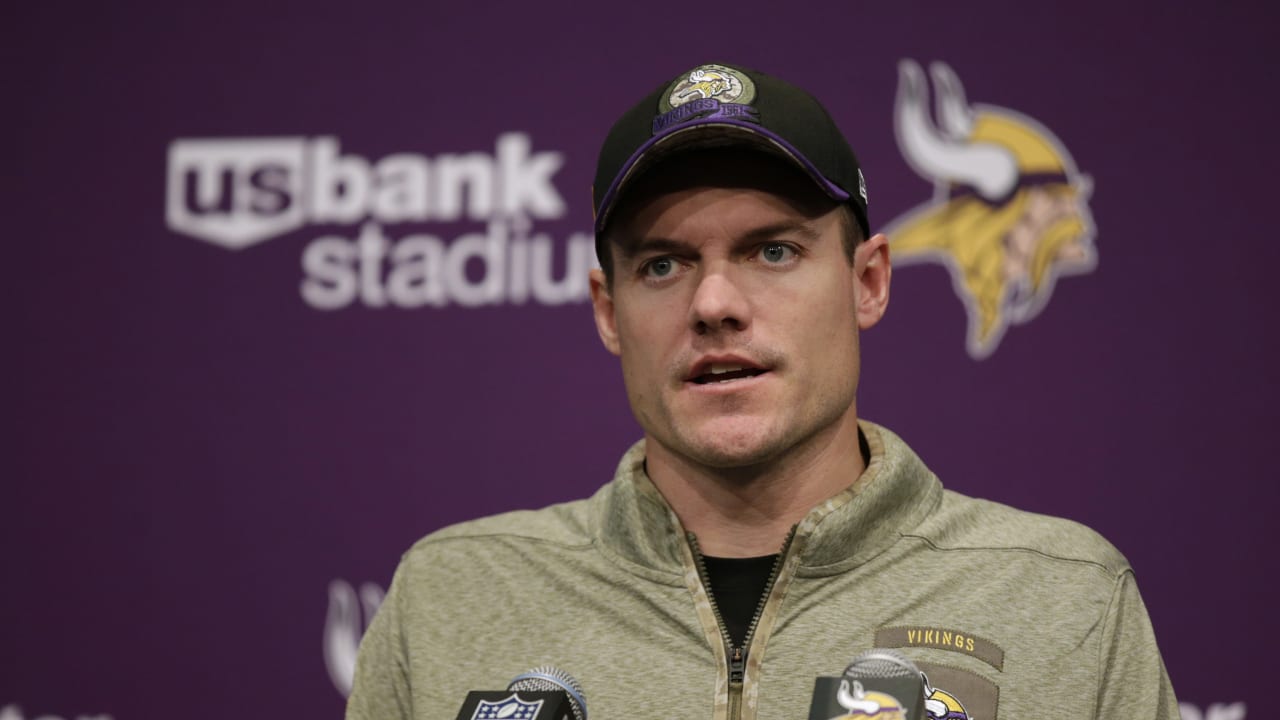 OPENING STATEMENT: Another great team win. Just so many people to really be grateful for in the way they contributed tonight. Obviously the kickoff return, the whole unit, it was an unbelievable return that really made a difference in the game. I think they might have drawn that one up at halftime, so halftime was pretty productive. Our defense, holding them in the red zone to field goals, had a huge impact on the game. Their ability to get off the field on third down. They really kept us in it. We had a lot of long drives, sustained drives. Found a way to get more explosives today, which I think was important, to get more explosive plays. It was a bit of a challenge throughout the game to be aware of how much they were trying to really take Justin out of the game and then how much they were still going to give us opportunities to get him the football. I thought our coaches and Kevin did a great job with the plan all week but then executing the plan or calling the game to give us a great chance to have success. And then I just heard David Blough make the comment, he said, “That’s probably the loudest stadium I’ve ever been in in my career,” which is saying something. It was just a great atmosphere tonight. The way that our fans bring it and make it challenging for the opponent, I never take that for granted because not every team in the league gets to have a fanbase like ours. Really grateful to be able to play at a place like we have, with a crowd like we have. Big win. We got to use this long weekend to our advantage and try to keep building from here.

Q. The touchdown to Adam, trying to get to that look, what made that the moment to come back to it there?

A: We called that play like several times. We just didn’t get the look we wanted, so I just kept checking to something else.

He called it again and we got the look. He even said to me in the headset, because we got the line before the headset cut out, I knew we got the look, but he says it, “You got the look.” I should have gotten him faster. I was trying to make sure they truly went with Justin, and they did, so Adam got through there. Just a phenomenal catch by him. I thought the way that he’s able to catch that football, keep his feet inbounds, it just says a lot about his ability. One of the things he does really well is his body control and overall athleticism, and he showed it there. Great play by him.

Q. What did you see from their defense with what they were trying to do with Justin?

A: What they do well is it is a mix-up. It is a mix-up. What they’re not going to do is make you feel like you got a beat on him. They did a great job of just constantly changing it or at least changing the pre-snap feel. You really had to make a lot of post-snap decisions, which can be difficult.

Q. He wasn’t necessarily doubled all the time? They did different things?

A: You know, a lot of different doubles. The long third down that he caught was a double, but it was an east-west double, and he had a north-south route, so he had the ability to still go past the double-team. There were times where the safety just left the post to double him.

Q. Talking about the one right before Adam’s touchdown?

A: No, no. I think it was either third quarter or first half, it all runs together. A third-and-five after they jumped offsides, and we converted. I think it was the end of the second quarter, winding down. There were a couple others where the safety just left the post and went to his side to kind of help and double. Then there were others where he is singled up. You just have to kind of read them out. Other times they pass him off to the help player and fall off into coverage. They did a good job mixing it up.

Q. Is that the mark of a truly great player, even when the defense is trying to take him away, trying to double him, he is still able to come through with big plays?

A: Yes, I do think that at some point if they truly want to take him away play after play after play, he can be a great player, he’s still not going to get the ball. I think it was the mark also of great coaching, or scheming, to still find opportunities for him in spite of that. So it was kind of a combination, but, yes, when he’s doubled and we throw him the ball and he still makes the play, obviously that’s a great player. There were a couple times where the ball’s in the air, he is in the right position with who’s defending him, but there’s another player on his way. His ability to not hear footsteps, not alligator arm it, but bring it in and get popped, that’s one of his many traits. When the ball goes up in the air, it’s his ball, and he’s not going to allow somebody to affect that.

A: He’s put on tape time and again that he’s earned those opportunities. The eye in the sky don’t lie, we say. When he puts that stuff on tape, it earns the right to keep getting the ball.

Q. Another late-game comeback. What is it about this team where your back is against the wall, you play your best football?

A: Yeah, I mean, I’d love to put games away earlier. This was a good football team we played tonight. They made it hard for us. What I think has been unique about our journey this season has just been the team factor. We needed a kickoff return tonight, we’ve needed interceptions, fumble recoveries, pass-rush, run game, pass game. There’s just been a lot of contributions. For us to win it would seem we really do need the whole team to contribute. That’s what I think has been a unique theme to this year, is we win as a team and really lean on all three phases.

Q. Does anything feel different for you in your individual game making all these plays late in games when the team needs you to?

A: Well, it’s funny because we’re winning, so I feel like talking to you guys has been a lot easier this year, but I’m not playing any better. If anything, I’m coming to these press conferences trying to smile, having to work to smile, because I’m thinking to myself, “Man, I’ve got to play better.” I appreciate winning because it does make this a little easier. But, yeah, there’s a lot in the game where you’re always saying, “I got to be better.” Kickoff returns help. Big-time pass rush helps. Pinning them back field position-wise helps. There’s a lot of things that I’m not really involved in that are helping us win. I believe, I’m optimistic, that the longer I’m in this system, we’re in this system, it’s only going to get cleaner, it’s only going to get better. As I said in August, we don’t have time. Thankfully we’ve been finding a way to win in spite of it being year one in this system. There have been moments where you feel like, “Man, we, I got to be better here on offense for us to go where we want to go.” I think that’s where you still feel like you’re developing.

Q. You did have the one interception, but you look at this game and think you should have been better?

A: Yeah, if you look at the pass to K.J. in the flat that I left a little short, threw too quickly. I tried to put touch on it. I just need to stick my back foot in the ground and rifle that thing to him. Way too close for comfort. The third down with Justin in the first quarter, it all runs together. The one I left inside, could have been intercepted. This is the way I am, man. I’m kind of hard on myself. I go back there and think of all the plays I need to be better.

Q. Will you ever allow yourself to say this was a great game?

A: No. I don’t know. I probably drive myself crazy, my family crazy being this way. It’s just the way I’m wired. I’m an improver. I’m kind of obsessed with improvement. Even when things are good, my mind goes to how can they be better? You kind of torture yourself that way. I much more enjoy talking to you guys and thinking about how we can be better after a win than after a loss.

Q. Do you feel like the confidence that the guys have in you is complete?

A: Kevin has empowered me so much; this team has empowered me so much. The guys have just been tremendous. I can’t say enough about the way that they have had my back after these interceptions, support me all week long, support me pregame in the locker room. Adam came over to me before we kicked off in the locker room and pulled me aside and shared an encouraging word. At times it almost brings me to tears the way these guys support me and have my back. It really adds to the fun of playing and working together.

Q. What do you appreciate most about T.J. Hockenson?

A: He’s done a great job. There’s a lot we’re throwing at him. But he’s been an asset for our team. If we’re going to continue to play well and win down the way, that acquisition or his contribution will have been a major factor.

Q. It’s a home game, so no flight home so what will you do about the chains?

A: I’m glad you brought that up. The young kid in the stands who was shirtless, that was just tremendous. We may have to hire him as a team mascot. That was awesome. We had a TV timeout and the guys in the huddle are just loving it, just laughing so hard. We may have to come up with a name for him, get him some tickets, bring him back. They asked me after the game, “Where do you go from here?” I said, “I really got to call my dentist in Holland, Michigan, and ask for some custom grills.” It’s been fun. When you win, you get to do things like that. When you lose, you don’t. There was no jewelry being worn Sunday night after that Dallas game. It’s been fun, and hopefully we can keep this thing rolling.