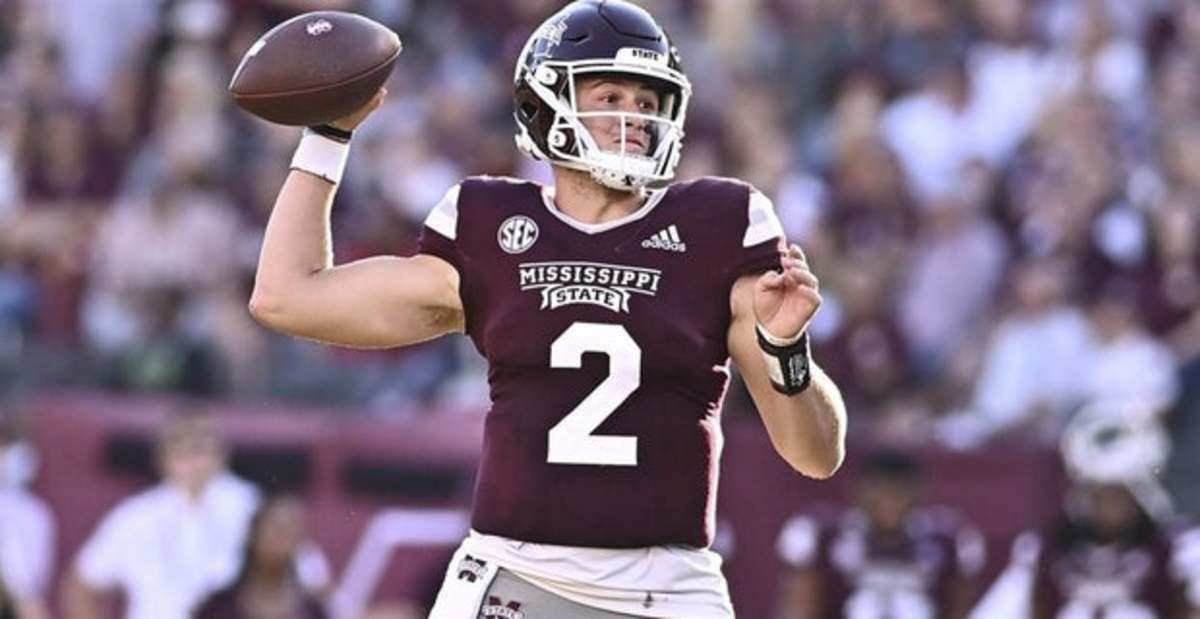 College football bowl season moves into the new year with a quartet of games set for Monday, including the ReliaQuest Bowl between Mississippi State and Illinois.

Mississippi State comes into the matchup in the wake of tragedy after the sudden death of former head coach Mike Leach, but the school decided to play the game in tribute to him, the first for new coach Zach Arnett on the sideline.

The Bulldogs posted an 8-4 record this past season, tied for third place in the SEC West alongside rival Ole Miss, who they beat in the regular season finale, and are looking to win what would be their second bowl game in three years.

Illinois boasts the No. 2 overall defense in college football this season, allowing all of 263.8 yards per game while placing No. 1 nationally in scoring defense by surrendering 12.3 points per game.

Chase Brown was second among running backs with 1,463 rushing yards, but he opted out of the bowl game to prepare for the NFL Draft, leaving sophomore Reggie Love, who had 277 yards and two touchdowns, and senior Chase Hayden, who ran for 87 yards on 22 carries. Both averaged over four yards per carry.

What do the experts think of the matchup? Let’s see how the College Football Power Index computer prediction model projects the game.

Mississippi State predictions: The computers are siding with the Bulldogs, who have the 54.0 percent chance to win the game outright.

Illinois predictions: That leaves the Fighting Illini with the 46.0 percent chance to pull off the upset, according to the index’s projections.

Point spread: Mississippi State comes in as the 2 point favorites against Illinois, according to the lines at SI Sportsbook.

Mississippi State vs. Illinois betting trends: “MSU is 5-3-1 against the spread as a favorite, while Illinois is 3-1 ATS as an underdog. The Illini’s games usually go under the projected total, while the Bulldogs’ contests cashed the over seven times thus far.” — Jennifer Piacenti, Sports Illustrated

Piacenti adds, “The Bulldogs needed covers in each of their last two games to finish with their 6-5-1 ATS mark, while Illinois also covered the spread in its last two games.”

Spread consensus pick: Mississippi State -2 (62% of bets are on the Bulldogs)

Score prediction: Team Rankings projects that Mississippi State will defeat Illinois by an estimated score of 24.4 to 21.4 (MSU -2, Under 46)

How to watch, stream: The game is set for Mon., Jan. 2 at 11 a.m. Central time on the ESPN2 network and streams live on fuboTV (Try for free).

fuboTV provides live coverage of the top college football games on the NCAA schedule every season from the major TV networks as well as the SEC Network, Big Ten Network, ACC Network, Pac-12 Network, and others — all without cable, in addition to 100+ channels of live TV and thousands of hours of on-demand titles.