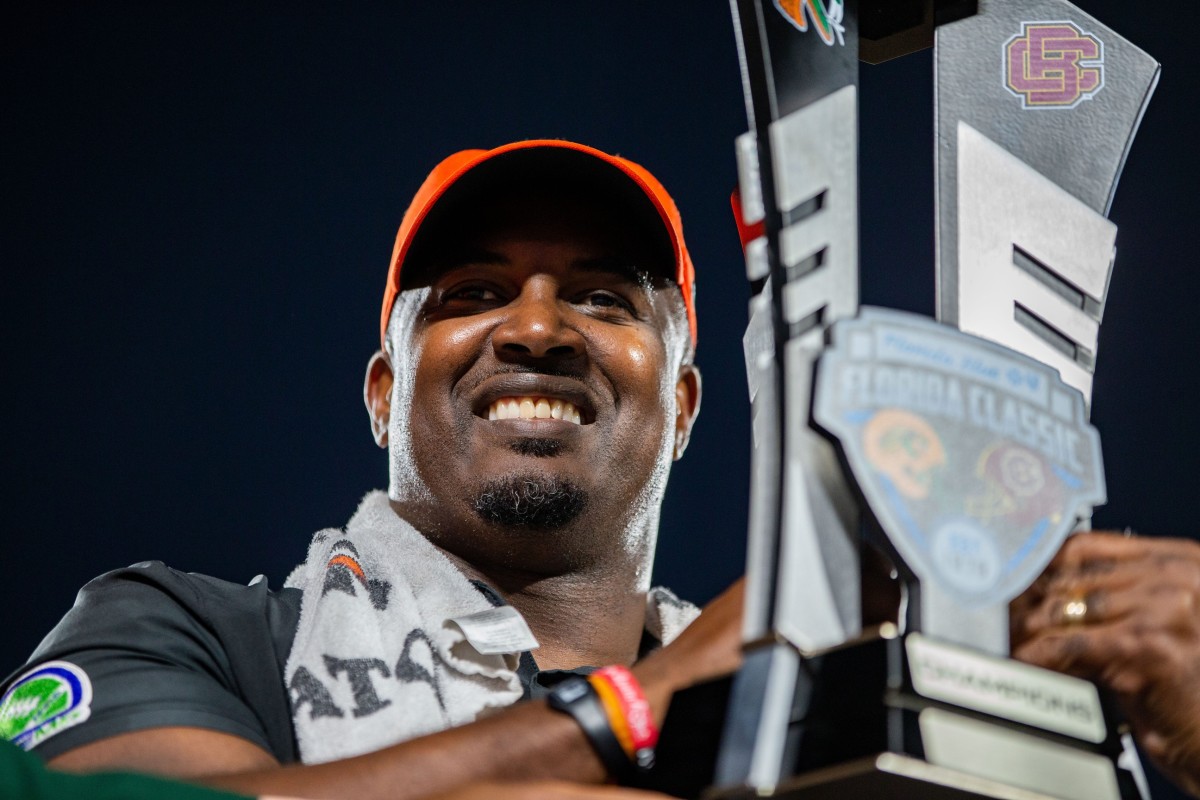 The 2022 NCAA Division I Football Championship Committee set the brackets for the 2022 FCS Playoffs. Unfortunately, the No. 24 Florida A&M Rattlers did not receive an at-large invitation this season and will not repeat in the playoffs.

The field of twenty-four teams announcement did not include a single representative from the SWAC and MEAC. Keep in mind FAMU received an at-large berth into the 2021 FCS Playoffs and battled Southeastern Louisiana. I witnessed an overmatched Rattlers team lose 38-14 that cold evening in Hammond, LA.

Although it wasn’t a great showing, the team had heart. Coach Simmons’ squad may have better talent this year and could be dangerous for an FCS opponent.

The committee selected four 7-4 teams — Montana, Eastern Kentucky, Delaware, and North Dakota — over Florida A&M with a 9-2 record. Why?

NCAA reporter Stan Becton wrote days before the selections that “the precedent was there” for Florida A&M. Still, he believed No. 12 Montana would have to beat No. Montana State to qualify. They were trounced 55-21 by the Bobcats, yet the committee decided to extend an at-large bid anyway to the 7-4 Grizzlies.

The committee is more familiar with specific teams, conferences, and history than the SWAC and MEAC.

A more curious case bracket has Gardner-Webb (6-5) vs. Eastern Kentucky (7-4). The Runnin’ Bulldogs received an automatic berth after winning the Big South title. Despite Eastern Kentucky’s average record, their ASUN/WAC title gave them an automatic qualifier to the Big Dance.

In addition, North Dakota (7-4) and Delaware (7-4) are members of the MCFC and Colonial conferences, respectively. The familiarity may have influenced the selectors’ decisions to grant these teams entrance rather than the Rattlers.

Here’s the bottom line. The SWAC and MEAC must begin to beat opponents above their weight class for these committees to consider at-large selections seriously. Or, the SWAC and MEAC conferences may need to become automatic qualifiers (which is another story).

I said it last season, and I’ll repeat it.

Unless the conferences’ contenders like Jackson State, NCCU, Florida A&M, and others decide to play and defeat the FCS “Big Dawgs consistently,” they will always be at the mercy of the selection committee and at-large bid — which may be infrequent at best.

What happens next in HBCU Sports? Don’t miss out on any HBCU news and analysis! Please take a second and sign up for our FREE newsletter and get breaking HBCU Sports news delivered to your inbox!