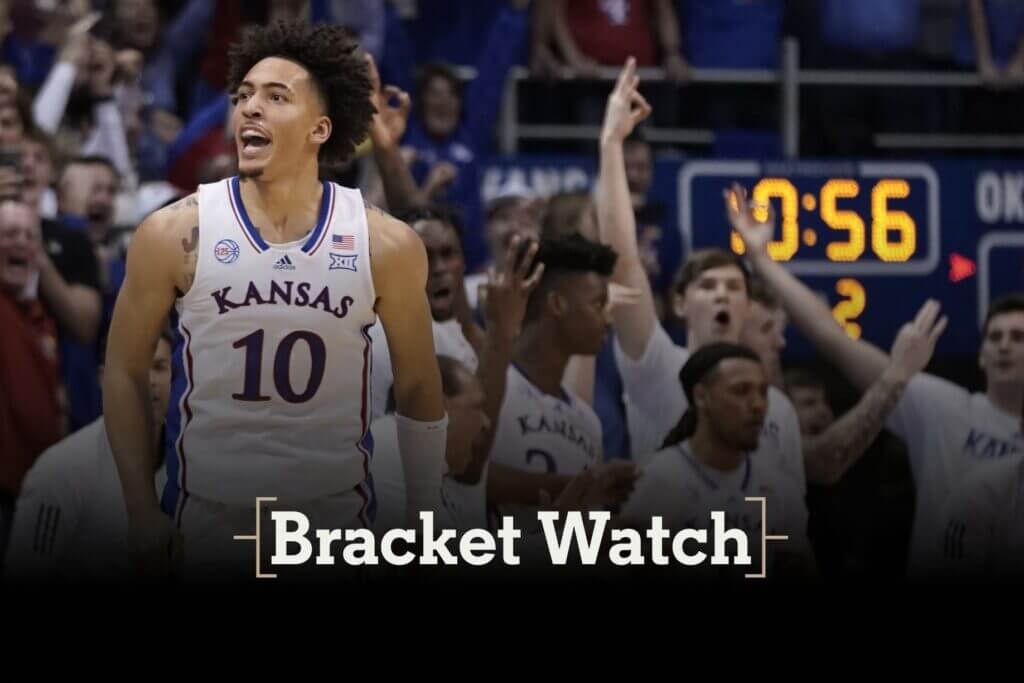 When we look back, we might remember 2022 as the year artificial intelligence began its ascendance. One major breakthrough: OpenAI’s release of ChatGPT at the end of November. The bot is designed to mimic human conversation but can also write college-level essays, compose song lyrics and answer detailed questions in a split second.

Perhaps by this time next year, ChatGPT or some other AI tool will be writing Bracket Watch, analyzing results and rankings and spitting out the field of 68 in record time. We decided to play around with it this week to see just how close we are to losing our jobs (and, like, being visited from the future by terminators). ChatGPT still has some notable limitations; it doesn’t know much that happened after 2021 and does not offer predictions. So when we asked it who the No. 1 seeds should be in the 2023 NCAA Tournament, we received the equivalent of the Magic 8 Ball’s “Ask again later” in response. (“The tournament is still a ways off and there are many variables that can impact a team’s performance and seed.” Gee, thanks.)

ChatGPT did provide us with an instantaneous treatise on why March Madness is so great (“The tournament is known for its high-level of competition and drama, as upsets and Cinderella runs are common occurrences”) and a meaty, three-paragraph breakdown of the pros and cons of the NET rankings. But the most impressive — and slightly terrifying — moment came when we requested a poem about AI and college basketball. This flowed forth in the blink of an eye:

AI and college basketball,
Two worlds that seem so far apart,
But both full of excitement and thrill,
And the desire to be the best of the heart.

AI, a world of technology and innovation,
Pushing the limits of what we know,
Forever learning and evolving,
A never-ending growth.

College basketball, a world of athleticism and skill,
Of teamwork and determination,
The pursuit of victory and glory,
A constant strive for perfection.

Two worlds that may seem so different,
But both driven by a common goal,
To be the best at what they do,
And leave their mark on the world, whole.

Hey, we’re aware of Roko’s basilisk, so we’ll just say: Robot Frost rules, We, for one, welcome our new AI overlords. And let’s face it: Computers already have a big say in how the NCAA Tournament is put together, through the NET system and other metrics like KenPom, BPI, Sagarin and the like. Seeding the field requires a constant push/pull of interpreting both algorithmic analytics and human-led results.

It’s important to remember that the selection committee weighs “who’d you beat?” more than “where’d you rank?” We saw that debate in earnest last season when several teams had NET numbers and other efficiency metrics that didn’t correspond with their actual body of work. The committee consistently went with wins and losses. Examples included Wisconsin (No. 24 in the NET on Selection Sunday) getting a No. 3 seed, Providence (No. 32 in the NET) receiving a No. 4 and Rutgers earning an at-large invite field despite a NET of 77. Conversely, highly ranked teams who lacked key wins like Murray State (21st in NET/No. 7 seed), San Francisco (22nd/ No. 10) and Virginia Tech (27th/ No. 11) did not fare as well.

The computer rankings do serve a useful purpose, and maybe especially so right now. The top teams in college basketball so far are virtually indistinguishable, so the metrics can provide a crucial differentiator. Houston entered Thursday ranked No. 1 in NET, KenPom, Sagarin, BPI and T-Rank, and after a week in which UConn (twice) and Purdue both lost, that’s got to elevate the Cougars. How good are teams like Kansas State, Missouri and LSU, who all played soft early schedules but backed that up with good wins? The metrics can help us sort that out.

People should always have the last word, until we are eventually replaced and harvested. But a blend of human judgment and computer analysis can help us in what a certain poet once described as the “constant strive for perfection.”

Some notes on our second bracket, now 66 days until Selection Sunday:

• The new No. 1 overall seed is Kansas, based on the reigning national champs’ 7-1 record in Quads 1 and 2. The Jayhawks also have done it against the NET’s 12th-toughest schedule. UConn fell from No. 1 on the seed list to No. 5, which is harsh after two road losses to good opponents. But that shows how closely the top teams were clustered.

• A chaotic week — in a still small sample size — created vast movement. Kansas State rose five seed lines after back-to-back Quad 1 wins, including Tuesday’s 116-103 eye-opener at Texas; Pittsburgh (4-1 in Quad 1) went from barely on our radar to a No. 10 seed after taking down North Carolina and Virginia; Rutgers’ upset at Purdue pushed it out of the First Four and into a No. 7 seed; Providence’s convincing victory over UConn got the Friars safely into the field; and TCU picked up major steam by winning at Baylor for its 11th straight victory.

• This week’s Final Four pairings would be Midwest vs. East and West vs. South based on our seed list, which you can find below. An * denotes conference autobid qualifier; we’re basing those on, yep, a combination of results and metrics.

• Questions? Gripes? Type ’em in the comments, and BracketBot (patent pending) will try to respond.