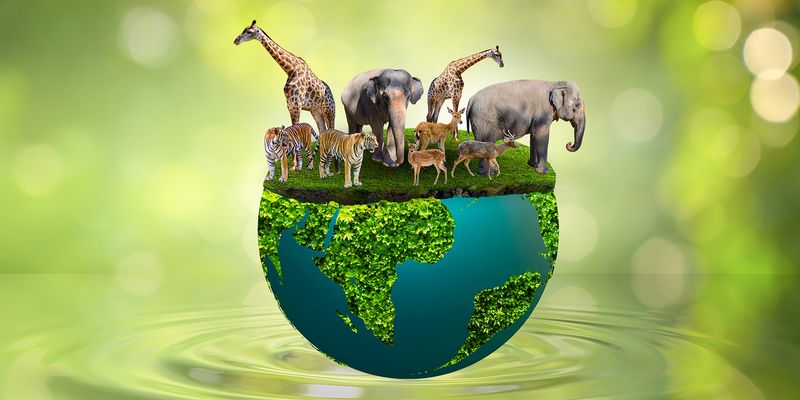 Scientific knowledge is essential for the correct formulation, implementation, and evaluation of policies and legislation. Within the scope of the EU Biodiversity Strategy for 2030, scientific research helps not only generate new knowledge, but also to process and make available existing knowledge to decision-makers who often highlight the complexity of biodiversity as a major challenge.

Developing a dynamic, inclusive, and functional Science Service for Biodiversity (SSBD) is the primary objective of BioAgora. By contrast to existing biodiversity science-policy interfaces, the SSBD will be anchored in the Joint Research Centre (JRC) to serve as the scientific pillar of the EU Knowledge Centre for Biodiversity (KCBD). It aims to support the societal transformation required by the European Green Deal and the EU Biodiversity Strategy for 2030 and will be a long-term, stable, and sustainable service bridging biodiversity knowledge with policy making.

We will create an “agora,” or gathering place, where current and future research actors can each bring in their expertise, experience, and products to share and exchange with the purpose of advancing more effective decision-making for biodiversity in the European Union.

BioAgora held its first consortium meeting on 9–10 November in Helsinki, Finland with 60 representatives of 22 organizations from 13 European countries. The official Launch was streamed online where the new BioAgora video was presented and key members of the consortium discussed the project’s objectives and the specifics of setting up the SSBD. Representatives of the European Commission and long-standing European partner initiatives Biodiversa+ and Eklipse acknowledged the strategic importance of the project for biodiversity in Europe.

“Biodiversity and natural capital have to be integrated into public and business decision-making at all levels,” comments project coordinator Kati Vierikko from the Finnish Environment Institute (SYKE). “Collective actions and pluralistic principles have to be at the core of biodiversity policy-making efforts, which is why the Science Service for Biodiversity is envisioned as a bridge between science, policy, and society.”

Juliette Young from the French National Research Institute for Agriculture, Food and Environment (INRAE) says that “the Science Service for Biodiversity will be underpinned by an infrastructure featuring a set of guiding principles and an ethical framework that will ensure its independence, transparency, and effective implementation.”

“The new governance of the EU Biodiversity Strategy for 2030 ensures that research is at the core of policy making, which presents an opportunity to connect policy with knowledge production and ensure the flow of information moves bilaterally,” shares Jessika Giraldi from the Directorate-General for the Environment of the European Commission.

– This press release was provided by Pensoft Publishers