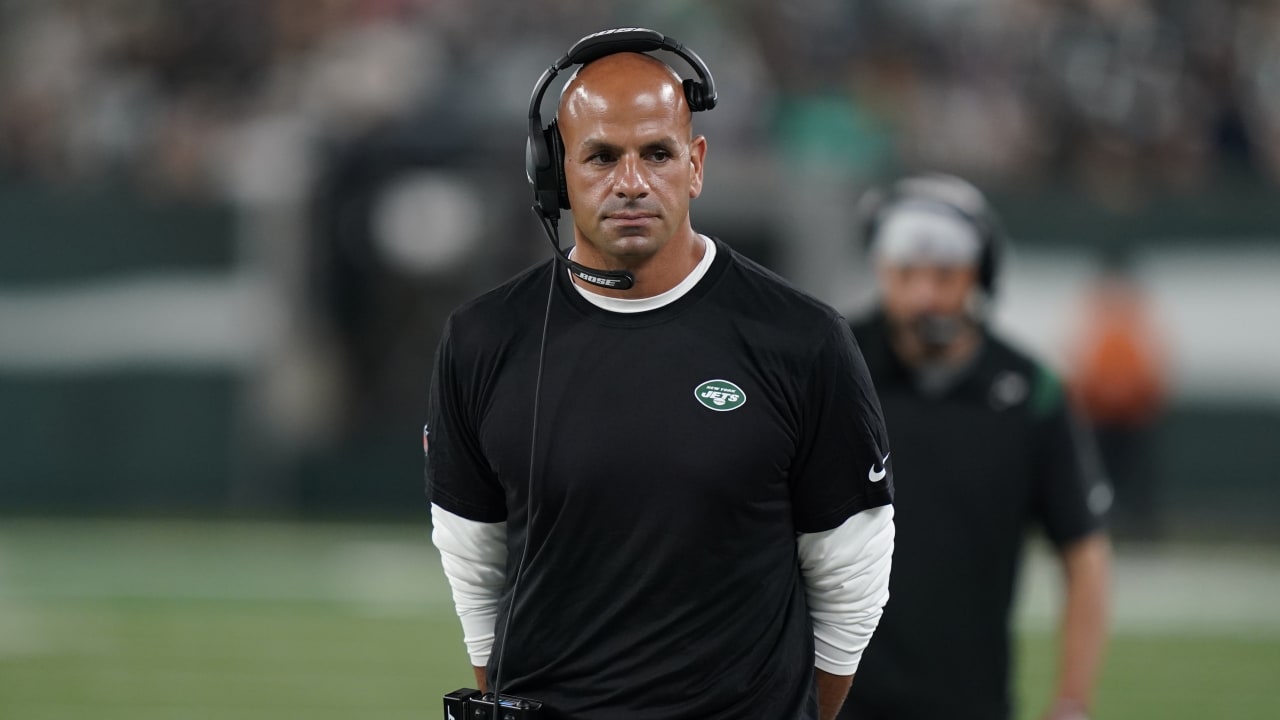 Q: Can you talk about the second half, especially the offense, seven possessions, only two total yards.

Q: How do you talk to the team right now? How do you get them through this?

RS: We just got to get back on, we got to show up tomorrow and find ways to get better. That’s it. It’s like I said, whether we won or lost, there’s still seven games to be played. We have the whole season ahead of us. So we’re still right there in the thick of things and we’ve just got to get back on the horse and get ready to play another football game.

Q: There are losses and then there are gut punches, right?

RS: To me, whether we lose by one or a hundred, it doesn’t matter. They’re all gut punches. It’s a loss. Yeah, it’s crappy way to lose. You feel like you’re exchanging blows from a defensive standpoint from both teams and somebody could just make a play and get it to overtime. They made a play and we didn’t.

Q: Can you give us your breakdown on the punt return? It looked like maybe there was a questionable block in the back there that didn’t get called.

RS: I thought Braden [Mann] did a really nice job of punting the ball today. He hung one out in the middle and that’s about it.

Q: We talked to some of the guys in the locker room, specifically on the defensive side of the ball, after the Bills game. They were immediately pointing towards this one wanting a little payback after the way – this week in the locker room kind of saying the same thing. These guys allowed three points and it’s still a loss. Do you worry about this potentially dividing the team?

Q: Why was Zach Wilson struggling so much today?

RS: We’ll get to the film room and see. Obviously we all know we weren’t good enough. Whether, as coaches we got to find a way to help him, whether we just got to get back to fundamentals. I wish I had a better answer for you right now. But we’ll do study it hard again.

Q; This isn’t another game where – the passing yards, it’s under 200, the completion percentage, it’s under 60. This one is 40. Is he a quarterback that’s holding the offense back right now?

RS: I don’t know, we couldn’t run the ball either, so there’s a lot of things that we got to look at to see if we can find some efficiency in the offense. Obviously in the second half we just couldn’t get – I don’t feel like we had a first down. I don’t know if we did. But either way it just wasn’t good enough. It’s not about pointing fingers at any one individual or one unit or one anything. It’s just finding a way to, finding the answers so we can start moving the ball because we did it against Buffalo, we’ve done it against other teams. It’s just the consistency needs to get found.

Q: What was the thinking on third and one there before the punt? You kind of had options there. You could run out the clock and play overtime if you get a first down there or try to go for a field goal. You lose yards and have to punt it?

RS: No, for sure. You run the ball, they stuff you, and they’re going to call timeout anyway. In our mind, we had about 30-plus seconds left on the clock. We still had a timeout in hand. Wanted to be aggressive to see if we can get some chunk yardage right there, burn the timeout, see if we can get in field goal range because we still felt like we had an opportunity to go win the football game. It just, it didn’t work out the way we wanted. We wanted to finish the game with the ball. Obviously in a perfect situation, it would have been with the ball and a chance to kick it for, to win it. But it didn’t work out.

Q: Was there any point where you thought you sensed some offensive spark, that something might get going?

Q: Did you ever consider Mike White at all?

Q: If this, though, continues, if Zach continues to struggle, do you have to go to Mike?

RS: No, that’s the furthest thing on my mind. I’ve told you guys before, Zach’s our quarterback and we’re going to, we’ve got to find ways to help him get better.

Q: What happened to Nate Herbig? And any other injuries coming out of this game?

RS: He just didn’t feel comfortable. The inactives had already come out, they came out in the pregame and it just wasn’t feeling good for him. Hopefully we can get him back next week.

RS: So Michael [Carter] was fine. He came back. And then Echols was, he had stuff come up.

Q: Your special teams has been so good all year. It came up with so many big plays. How disappointing and surprising is it they were the ones in the end that let you down?

RS: Yeah, I think we punted 10 times. They’ve got a, obviously Coach Belichick is, they have got one of the better units through time, and you make one mistake and they will make you pay, and we made a mistake on a punt and we couldn’t get him down.

Q: Did you sense with the way the game was going it’s going to be, someone’s going to make a mistake, whoever blinks here is going to be the one that –

RS: That’s what all these games are. When you’re in a tight game like this and someone either blinks or you’re in overtime and it ends up in a tie or whatever it is, it’s the way both offenses were operating – or both defenses were playing.

Q: What can you say about how the defense played today to keep you guys in it?

RS: I thought defense was outstanding. I thought our D-line got after it. We had some missed tackles in the first half. But the sequence, you know, we had the penalty and then the sack to make it a hard field goal, which towards the end of the half, I thought that was really, really good by the defense. Then we just couldn’t capitalize on their good play.

Q: Can you put your finger on what was going wrong with the running game?

RS: They’re really good up front. They have been one of the top defenses in football over the last six or seven games and they showed why today.

Q: The CBS cameras caught a couple of times – there was one time where Zach went to Mims and was a little off. And Garrett was, seemed like he was vocally saying something to Zach and also throwing his hands up. And Denzel as well when one went a little high. Do you worry at all about frustrations building with the receivers when things aren’t clicking on offense?

RS: In the heat of battle there’s always going to be frustration with one another and trying to talk it out, trying to find a way to get it right. I don’t think it’s indicative of anything else.