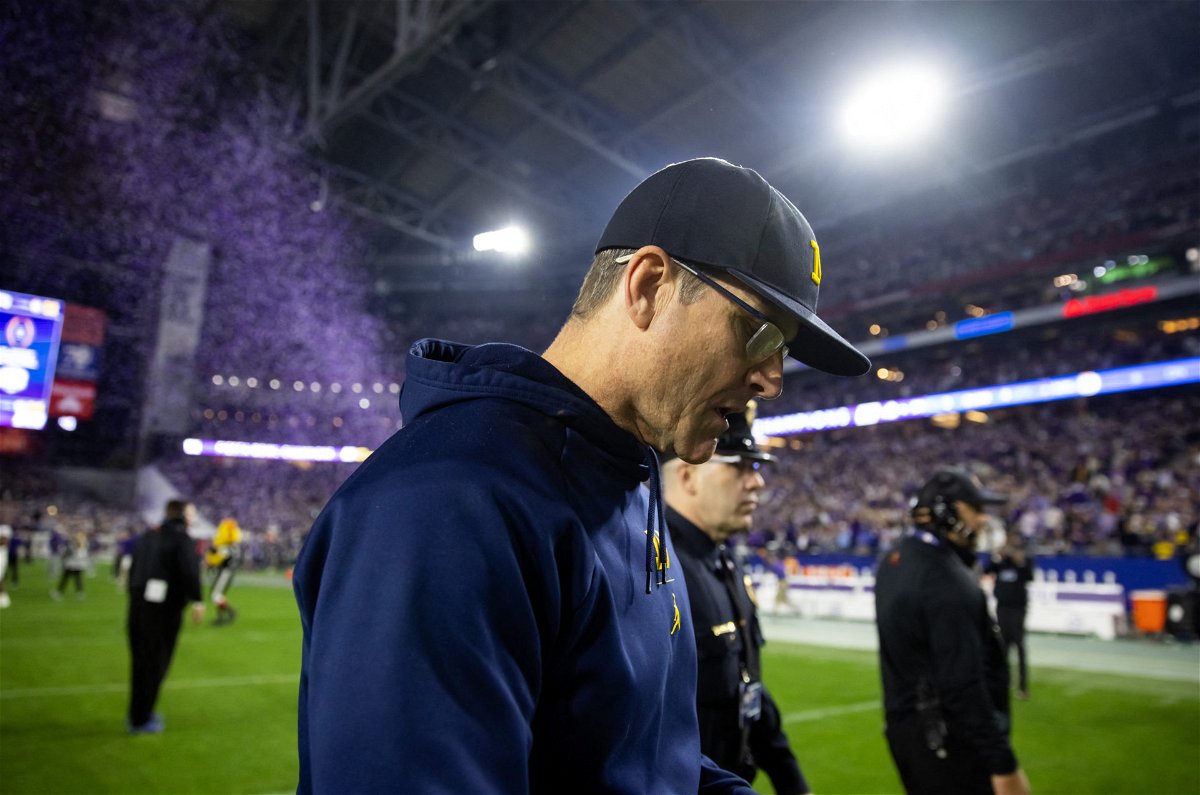 Michigan could rejoice after Jim Harbaugh revealed his loyalty. The head coach will lead the Wolverines and return to Ann Arbor in 2023. However, the NCAA’s dark clouds may descend on them as the football program is embroiled in some allegations. Ahead of the investigations, football and NFL fans are keeping their thoughts about the scenario close at hand.

The Michigan football program had a phenomenal run this year and went 13-1 this season. However, they failed to sweep the Fiesta Bowl against TCU. The Wolverines remain in reliable hands after Jim Harbaugh announced he would be looking forward to staying with them. But the NCAA would look into some investigations for alleged violations.

NCAA’s ready to storm an investigation

As per The Athletic’s Nicole Auerbach, the football program is under the NCAA’s investigation and expects to get a Notice of Allegations by the end of the week. The association would probe for possible violations of the program’s COVID-19 recruiting dead period. The reports come after coach Jim Harbaugh’s confirmation that he would stay in Michigan for 2023.

The NFL fans could not stop but react to the reports.

A user called it the old-school Pete Carroll trick.

Another user said that Dave Tepper is rubbing his hands somewhere.

Moreover, this user claims Jim Harbaugh would be pulling up a Pete Carroll soon.

Jim is gonna pull a Pete Carroll isn’t he

Another user said these Michigan Men seemed to be above the law.

Thought these “Michigan Men” were above the line! The worst accusations against Ohio State’s program from Tattoo-gate would be legal today in CFB. Shameful of UM.

However, a user claimed the violation was two years old and the person who did it got sacked.

The violation was 2 years ago and they guy that did it was fired. And now is being fired at his next school as well

But this user said Harbaugh is going the Carroll way and will be joining the Broncos.

This user also said the Wolverines HC would be heading to the Denver Broncos.

Hes going to the Broncos

This user also believes the coach would be gone.

Harbaugh may have showcased his allegiance. But there might be teams who could take some help from the coach.

Which NFL teams could Jim Harbaugh save?

Jim Harbaugh returning to the NFL is a long-time affair, and the reports often have a ‘run it back-type’ thing in the past few years. This year, the coach has had talks with Carolina Panthers owner David Tepper regarding the vacant position of head coach. But there are a few more teams who may need the rescue.

Apart from the Panthers, the Denver Broncos could also pursue Harbaugh’s help in the head coaching position. The franchise had one of its most underwhelming seasons with Russell Wilson at the helm. Additionally, the Indianapolis Colts could be next after they fired Frank Reich and named Jeff Saturday as the interim HC.

It is yet to see how the Harbaugh situation plays out.

Watch This Story: Tom Brady Went to The Same High School As This Controversial MLB Hall of Famer Who Was Also A 14x All-Star